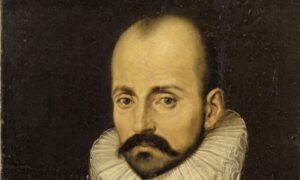 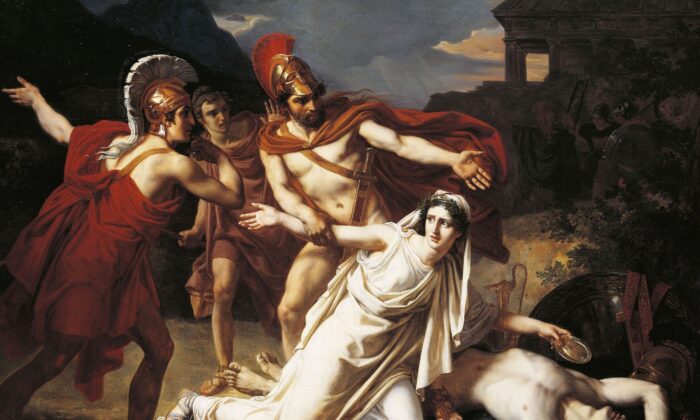 So I’m shambling around online, looking for some inspiration to write about literary heroines, fictional females who inspire readers, particularly women who practice the virtues and exhibit courage in the face of danger, when a link to “The 10 Best Literary Heroines” popped up.

Here, the editors at AbeBooks.com had asked this question of their readers: “If you could be any literary character, who would you be and why?” Many of the responses advocated for female characters—no surprise there, as more women than men read fiction—and there were brief comments on such protagonists as Scout Finch in “To Kill a Mockingbird” and Scarlett O’Hara in “Gone With the Wind.” Here, too, were some young lionesses of literature—Hermione Granger from the “Harry Potter” series, Nancy Drew, and Anne of Green Gables—along with the elderly sleuth Miss Marple.

As I read through this list, these questions occurred: What about much older literary heroines? Have we forgotten the noble females found in ancient poetry and plays? Are we unaware of the high regard for female courage, fidelity, passion, independence, and intelligence expressed by writers of bygone ages?

Perhaps our shortsightedness derives from our view of women before our modern age as being oppressed and subservient to men. Today’s feminists, for example, might consider the women of ancient Greece and Rome, the Middle Ages, and the Renaissance as male chattel, objects possessed and controlled by husbands and fathers, valued only for their dowries and the children they might bring into the world.

There is some truth to these beliefs. With rare exceptions, women in the past generally possessed fewer rights than men, excluded in most instances from the political arena and limited by law and custom from engagement in cultural affairs.

Yet the greater truth is that throughout recorded history, women have wielded tremendous power as wives and mothers. Just like today, they interacted with fathers, husbands, and sons, expressed their opinions, and by force of their intellect, charm, and affection swayed the opinions of the men in their lives. As historian Will Durant and his wife, researcher and writer Ariel Durant, wrote of the ancient Romans in “The Story of Civilization”: “Since the greater urgency of the male supplies women with charms more potent than any law, her status in Rome must not be judged from her legal disabilities.”

We see this exercise of female power in many past ages. Even a cursory study of Roman history reveals females like Fulvia (the wife of Mark Antony) and Livia Drusilla (the wife of Emperor Augustus) exerting enormous influence on their husbands.

In the Middle Ages, queens like Eleanor of Aquitaine, saints like Joan of Arc, and female religious orders affected the politics and culture of their time.

The Renaissance and Baroque periods featured several prominent female artists, Queen Elizabeth I ruled England with an iron hand, and women like Margaret Roper, who was Thomas More’s daughter, were famed for their erudition and literary talents.

And writers down through history have celebrated the nature, virtues, and accomplishments of strong women in their poetry, plays, and prose.

The Heroic and Loving Sister

Most of us are familiar with Homer’s Penelope, the patient and loyal wife of Odysseus who in the “Odyssey” contrives to put off her suitors by using various tricks while hoping for the safe return of her husband. For the ancients, Penelope was a model of fidelity and wifely virtue.

Perhaps fewer of us know about “Antigone,” Sophocles’s play depicting the destruction of the house of Creon. This play pays honor to Antigone and her fidelity to her brother and to the gods. After Antigone’s brother Polynices dies fighting to regain his right to rule Thebes, the new king, Creon, orders his body to remain unburied and unmourned, thus preventing, according to the Greeks, the dead man’s soul from entering the afterlife.

Antigone disobeys this edict and performs the burial rites by sprinkling her brother’s body with dust. When she is apprehended for breaking the king’s law, she courageously admits her crime to the king, telling him that divine law supersedes his earthly power.

Creon orders that Antigone be walled up alive in a cave. To avoid a slow death, Antigone hangs herself, and Creon’s son, who is in love with her, also takes his own life, as does his grieving mother, Creon’s wife. By his unjust law and the courage of Antigone, Creon’s destruction is complete.

In her act of her defiance, in her verbal sparring with Creon, and even when the guards lead her away to her death, Antigone passionately defends her burial of Polynices as a righteous act. As she exits the stage, she says: “Behold me, lords, the last of your kings’ house—what doom is mine, and at whose hands, and for what cause—that I duly performed the dues of piety!”

In this young woman, we have as gallant a soul as any in Greek literature.

In the “Aeneid,” Virgil creates one of the fullest ancient literary portraits of a woman in ancient literature. When we first meet Dido, queen of Carthage, she is a childless widow immersed in building this city, overseeing the construction of temples and squares—a powerful monarch loved and respected by her people.

When she falls in love with the wanderer and Trojan prince Aeneas, Dido neglects some of her duties as queen, but worse, Aeneas leaves her at the behest of the gods to fulfill his destiny. Brokenhearted and bitter, the queen climbs onto a funeral pyre and dies by her own hand.

Some today might find Dido weak or hysterical in this extreme reaction, but for me she rouses great sympathy. She truly loves Aeneas, thinks they are married—he denies it—and is emotionally shattered as he continues his preparations to desert her. “Ah, merciless Love,” Virgil comments, “is there any length to which you cannot force the human heart to go?”

“Merciless Love” brings this queen to her doom, as it has done to countless other men and women down through the ages.

The Wife of Bath’s Tale

Bold-faced, gap-toothed, five times married, a traveler to places as faraway as Jerusalem and Rome, and wearing a hat as broad as a shield, this bawdy, adventurous woman is Geoffrey Chaucer’s Wife of Bath, one of the pilgrims in “The Canterbury Tales.” She knows how to laugh and chatter, and all the tricks of love.

The Wife of Bath may seem an odd choice to include in a discussion of female virtue, and certainly she undertakes no deeds equal to those of an Antigone or Dido. Yet Chaucer’s brief description of her physical appearance, and later of her thoughts about marriage and male-female relations in the tale she tells, mocks the idea that all medieval wives were abused servants. The Wife of Bath is witty, clearly educated—she speaks of Ovid and King Arthur—and coquettish.

The story she tells to her fellow pilgrims further demolishes some of our preconceptions about medieval women. Charged with a heinous crime, a young knight has one year to return to King Arthur’s court and correctly answer the question: What do women want most in the world? If he returns with the correct answer, the queen promises to spare his life. If he fails, he will die.

The tale is too long for retelling here, but the young knight eventually finds an old woman who promises him that she has the answer: that all women want husbands or lovers they can command. When he gives this answer to the court, the queen and her ladies applaud, and the knight escapes death, but he must now marry the ugly, old woman. After they are wed and together in bed, she asks the knight whether he would prefer marrying someone like her who was always loyal, or a beauty who was a flirt and unfaithful. Unable to make up his mind, the knight asks her to choose for him. Because he gives the power of choice to her and so the power to command him, she is transformed into a woman who is both good and beautiful.

Both in her life and in her story, the Wife of Bath displays wit, wisdom, and a love for life and romance. She is in every way a modern woman worthy of respect.

The Past Still Speaks to the Present

Many other writers from the past created admirable female characters. In “Twelfth Night,” for example, Shakespeare creates the shipwrecked and penniless Viola, who disguises herself as a young man and enters into the service of a duke, thereby rescuing herself through the use of her wits and her courage.

Nathaniel Hawthorne’s “The Scarlet Letter” paints a portrait of valiant dignity in Hester Prynne, socially ostracized for bearing a child out of wedlock, and whose stoicism and “head held high” attitude allow her to overcome her broken reputation.

In these and other fictional females from the past, we moderns can still discover role models displaying all manner of virtues. For the actress slammed by the cancel culture crew for some innocent comment on social media, Hester Prynne might serve as an exemplar of grace under fire. The college sophomore under attack for her religious views might find solace and inspiration in Antigone.

“Something old, something new” are the beginning words of the rhyme telling a bride what to wear for good luck on her wedding day. Perhaps we should apply that same formula to our take on women in literature. Let’s remember the new—the Scout Finches and Scarlett O’Haras—but let’s not forget those inspirational women from literature written long ago.