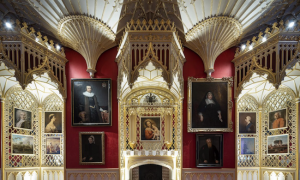 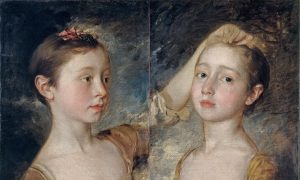 Portraits Painted for Love, Not Money
0 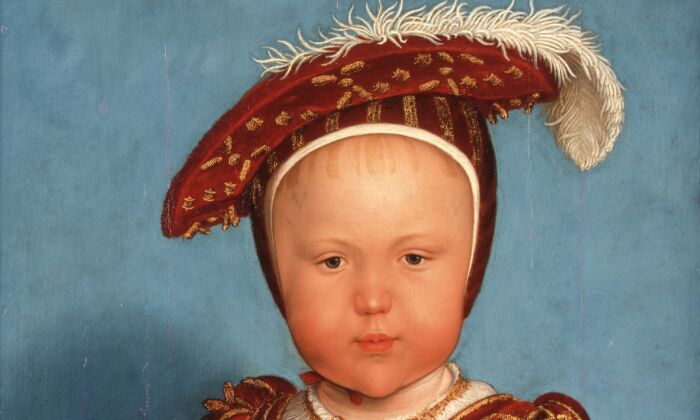 ‘Treasures of British Art: The Berger Collection,’ at the Denver Art Museum
By Lorraine Ferrier
Print

This royal throne of kings, this sceptred isle,
This earth of majesty, this seat of Mars,
This other Eden, demi-paradise,
This fortress built by Nature for herself
Against infection and the hand of war,
This happy breed of men, this little world,
This precious stone set in the silver sea,
Which serves it in the office of a wall
Or as a moat defensive to a house,
Against the envy of less happier lands,
This blessed plot, this earth, this realm, this England

–from  Shakespeare’s “Richard II,” the last line of which is in the wall text of the exhibition “Treasures of British Art: The Berger Collection”

The Bergers were great advocates of the arts. “We have always believed that art, as well as music, poetry, and literature, refreshes and enriches our lives,” they said, according to the Denver Art Museum website.

The couple only collected works of art they “truly loved” and always intended to share those beloved treasures with the public.

The exhibition demonstrates just how important a nation’s art is in charting its history. From the late 1400s to the late 1800s, the exhibition explores Britain’s cultural changes through the beautiful art of some of the world’s greatest painters. British-born artists, including Thomas Gainsborough and John Constable, are featured alongside non-British artists who spent a considerable amount of time in Britain, such as Flemish artist Anthony van Dyck and American artist Benjamin West.

The exhibition begins in the Late Middle Ages in Roman Catholic Britain, with some rare examples of British Catholic art. Few religious paintings survive from before the Reformation because in 1534 King Henry VIII created the Church of England (the Anglican Church), banning Catholicism. All traces of the Catholic Church were ordered to be destroyed, which involved the desecration of many sacred artworks.

Under the Reformation, all religious art was banned, and artists who had relied on church commissions such as altarpieces had to adapt to portraiture. The first portraits were of royals. A wonderful early example in the exhibition is of Edward, Prince of Wales (later King Edward VI), painted circa 1538, by German artist Hans Holbein the Younger and his studio.

In the painting, an adorable baby Edward is dressed in regal red and gold, holding a golden rattle similar to the scepter he would hold in the future.  The painting includes a Latin inscription by the humanist scholar Richard Morison, Henry VIII’s propagandist, which translates as “Little one, emulate thy father and be the heir of his virtue; the world contains nothing greater. Heaven and earth could scarcely produce a son whose glory would surpass that of such a father. Do thou but equal the deeds of thy parent and men can ask no more. Shouldst thou surpass him, thou has outstript all, nor shall any surpass thee in ages to come.”

Portraiture for the People

Following the royal lead, merchants and landowners after 1700 commissioned artists to paint their portraits. The patrons were often painted among objects symbolic of their growing wealth and societal standing. For instance, they’d be dressed in the latest fashion, holding an object to show their profession.

Preeminent British horse painter George Stubbs was a favored choice for these horse portraits. One of Stubbs’s horse paintings, “A Saddled Bay Hunter,” is in the exhibition. Stubbs’s anatomically accurate renderings were the result of his fastidious and remarkable studies.

Landowners also commissioned portraits of the royal family for their home. One endearing example in the exhibition is by American painter Benjamin West. In his painting, a charmingly contemplative Queen Charlotte, dressed in sumptuous gray satin, takes a break from her embroidery cloth. The portrait differs from official portraits, which are often formal, but the sentiment is no less regal. The portrait is thought to have been paired with a portrait of the king.

British art in the 1700s echoed the growing interest in history that the Enlightenment brought. Referencing the art of ancient Rome and Greece, British artists embraced a neoclassical style of painting and architecture.

Throughout the 18th and 19th centuries, wealthy Britons traveled to Europe for Grand Tours, exploring the ancient Roman sites, which were being excavated. The tourists eventually visited Greece, which was excavated later due to the sites being less accessible.

Swiss painter Angelica Kauffman painted such souvenir paintings in Rome, where she’d traveled with her father, who was a portraitist and fresco painter, to study old master paintings and Renaissance art and architecture. Kauffman began to paint in the neoclassical style in Rome, influenced by the German art historian and archaeologist Johann Joachim Winckelmann, who is thought to have started the neoclassical movement.

In the exhibition, Kauffman’s “Papirius Praetextatus Entreated by His Mother to Disclose the Secrets of the Deliberations of the Roman Senate” is a wonderful example of neoclassical painting. The painting illustrates the Roman tale of how Papirius protected the senate’s secrets by refusing to reveal them to his mother. The subject matter of these paintings showed righteousness when confronted with temptation, espousing good morals.

At the same time, Britons looked back at Shakespeare’s work, reviving performances. Publisher John Boydell created a Shakespeare gallery, where he showed the works he had commissioned by famous artists of scenes of Shakespeare’s plays.

To find out more about the exhibition “Treasures of British Art: The Berger Collection” at the Denver Art Museum, visit DenverArtMuseum.org