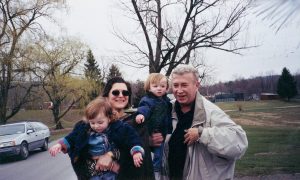 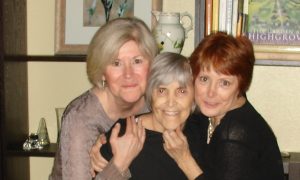 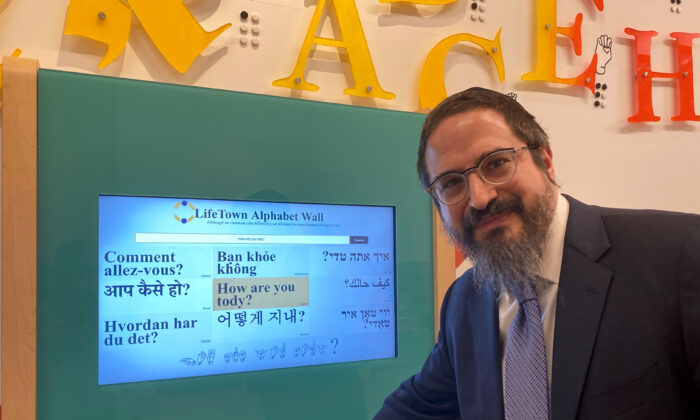 Co-founder and CEO of LifeTown Rabbi Zalman Grossbaum poses for a photo in front of an Alphabet Wall in LifeTown. (REUTERS/Roselle Chen)
People

LIVINGSTON, N.J.—Looking out of his office window, Rabbi Zalman Grossbaum finds it hard to get work done as he watches kids enjoying the miniature town he built for them.

The village of storefronts inside his enclosed “LifeTown” complex in Livingston, New Jersey, lets children with special needs—”special abilities,” Grossbaum insists—hone their social skills, and he always wants to join them.

“I feel this magnetic pull to come out here and to be with the kids and experience life with the kids, because there’s something absolutely magical for what happens here,” Grossbaum said standing in the miniature town, known as LifeTown Shoppes.

If there is any lingering frustration over the seven years it took to convert the 53,000 square-foot building into his dream, including a year of construction that stretched into three, Grossbaum does not show it.

The 48-year-old rabbi with an early salt-and-pepper beard smiles from beneath his silver-frame glasses as he explains the interactive features of the complex that welcomes children of all faiths, most of whom have physical or intellectual disabilities.

And always, he has a story, like when some New York Jets players came in November to help inaugurate LifeTown’s football field and he saw “their whole demeanor changes” as they threw balls and ran plays with kids with autism.

“It was equally an opportunity for these players to have that experience as it was for these kids to be playing with NFL players,” he said.

Autism is one of the most common conditions for children who visit LifeTown on school trips or with their parents, Grossbaum said.

In fact, New Jersey has the country’s highest rate of autism spectrum disorder, with one child in 34 diagnosed with the condition, compared with the national rate of one in 59, according to nonprofit support agency Autism New Jersey.

Learning to Use Money

At the Shoppes, LifeTown’s 11,000 square-foot centerpiece, children begin their 90-minute visit with a $12 withdrawal from a Regal Bank branch and then decide how to spend it at stores including a bike-rental stand, a Shop-Rite supermarket, a nail salon, and movie theater.

“They’re learning to use money, to count out how much money to give me, and are using ‘please’ and ‘thank you,’ and ‘you’re welcome,'” said Sheldon Kirsch, 72, a retired chemist who volunteers as a Shop-Rite clerk.

Educators said the low-key setting of the Shoppes, with its enclosed storefronts and “Main Street,” works well for autistic children, whose senses may be overloaded by the smells, sounds and sights of real-life commercial areas.

“This is great for working on social skills in a small setting,” said speech pathologist Annie Peterson, 32, who accompanied two classrooms of elementary school children with autism from Parsippany-Troy Hills, New Jersey, on a recent visit to LifeTown.

One of the visiting students, 9-year-old Alexander Nahullier, said his favorite store was the pet shop, “because I saw guinea pigs, and they’re my favorite rodent and they’re extremely adorable.”

Since LifeTown opened in September, school districts from as far away as Long Island, New York, and Maryland have sent or expressed interest in bringing their students, for whom the fee is $35 each, Grossbaum said.

Schools usually send therapists along with visiting students, he said, but LifeTown has 45 part-time therapists for children who come with their relatives.

For Grossbaum, however, it is LifeTown’s volunteers—300 adults and 850 teenagers—who are its heart and soul.

By Peter Szekely and Roselle Chen