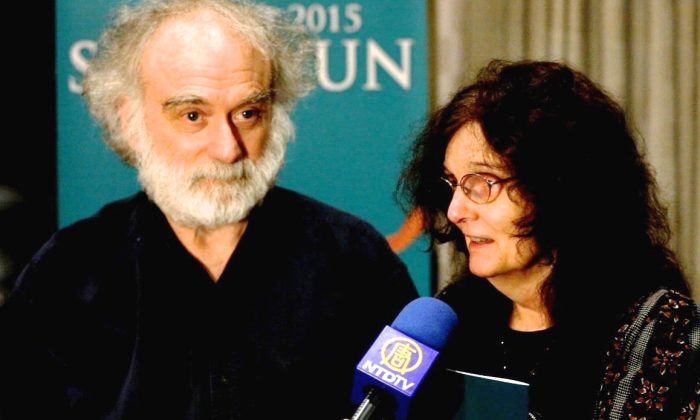 PORTLAND, Ore.—Sylvia Zingeser, a folk dancer of almost 30 years, saw in Shen Yun Performing Arts an experience that was well worth the wait.

“I really, really appreciate the dancing and folklore that goes with it,” she said. “So I am very happy to be able to experience it. I have been looking forward to it.”

Shen Yun, which made its seasonal Portland appearance at the Keller Auditorium on March 27, seeks to revive ancient Chinese culture through music and dance. Shen Yun’s website says, “Classical Chinese dance is a culture left to us by the ancients who came before us. Its beauty should be riches shared by all of humanity.”

Ms. Zingeser, a retired medical technologist, felt an affinity for Shen Yun’s messages of humanity. “I am so glad we have a chance to share,” she said. “I feel if we can teach our young people the history of what we have all been through from country to country, we can come to a point where we would not be mad at each other—we would learn to live together, live a peaceful way, and accept one another for our differences.”

Ms. Zingeser added that through that universal language of music and dance, “We need to respect one another—allow each other to have, instead of putting it down.”

Attending the performance with Ms. Zingeser was Will Summerlight, a carpenter.

Mr. Summerlight added that he studied a little bit of Chinese in the past, which included some art history, but that it was “nothing like this—this is alive, very impressive,” he said.

Shen Yun displays China’s history as it has been passed down uninterrupted for 5,000 years. This richness of history gives Shen Yun an almost limitless repertoire of stories to showcase.

“If you don’t see it, you won’t have any concept of how dynamic and exciting, and the depth of meaning behind it,” Mr. Summerlight said. “It is not only beautiful—it also has significance as great truth behind the dancing and the performing, and the ideals that are behind the dance and music.”

Even further behind those ideals for Mr. Summerlight was the essence of an awakening China—one beyond the confines of impressions through the media.

“I think this is a totally different picture of China than what we get in the usual newspaper reporting and on television,” he added. “It is very good that Americans get a chance to see the historical, cultural, artistic, and spiritual practices that are behind Chinese culture.”

“It is very good for us to be able to see this,” he emphasized.