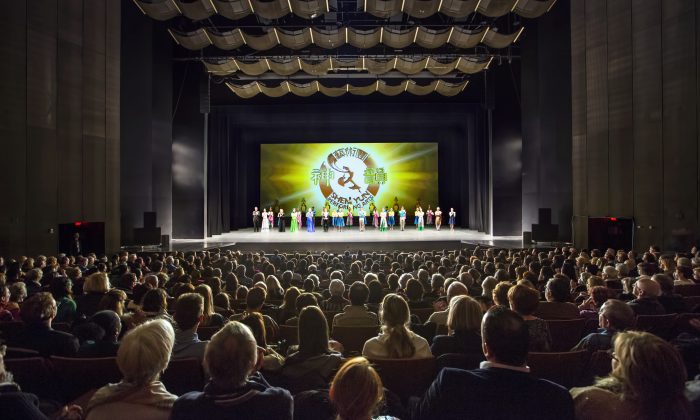 MONTREAL—Fitness expert Caroline Pitre admired the athleticism of the Shen Yun Performing Arts dancers as she took in the show on Jan. 10 at Place Des Arts.

“They’re so good. They are dancers but they are also athletes,” she said. “They combine everything and they’re good in everything—[it’s like] they’re flying.”

Ms. Pitre is vice president of Énergie Cardio, a chain of 70 gyms across Quebec, and holds a Masters Degree in Kinanthropology in addition to over 20 years of experience in the health and fitness industry.

She attended the Saturday evening performance with her family and was thrilled by the experience.

“It’s marvelous, I liked the show very much,” she said. “The colours, the dances, the smiles, and the costumes are so nice. We love it.”

Ms. Pitre thoroughly enjoyed the Chinese instruments—such as the two-stringed erhu or “Chinese violin”—which were blended into a Western orchestra. The east-meets-west orchestra is the first of its kind in the world.

“We heard instruments that we don’t hear usually so we like it,” she said, adding it was precious to have live music instead of pre-recorded sound. “It’s live so we love it.”

The performance was “very cool” and the costumes were stunning, added Ms. Pitre’s daughter Marilou, a student of ballet.

“I love all the costumes. It’s marvellous—beautiful colours,” she said. “I love it.”

According to the Shen Yun website, costume designers use bright colours for each piece and stress “harmonic balance and contrast.” Hundreds of new pieces are created each season, as Shen Yun features a new performance every year.

Ms. Pitre recommended the show, saying it was unique, unlike anything else she had experienced before.