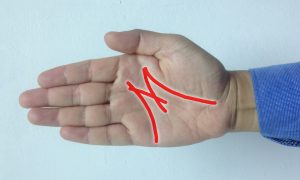 If You See the Letter 'M' on Your Palm, It Means There’s Something Special About You
0
Share Now
TelegramFacebookTweetEmailTellMeWeReddit
Copy Link 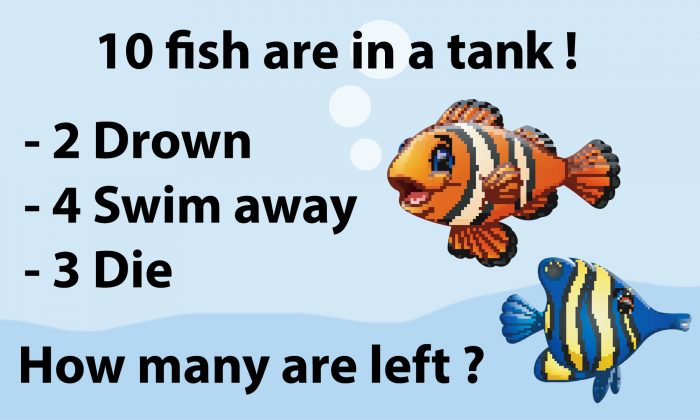 Fish Math Riddle Is Driving People Crazy: Can You Solve It in Under 60 Seconds?

You’re probably here because you love puzzles, and we fully endorse that! Whether you’re hard at work and need a break or are already trawling the internet looking for ways to boost your brain, you’ve come to the right place.

We’ve got a riddle for you, but it’s a riddle with a little extra challenge: Can you figure it out in less than 30 seconds?

If you’re still reading, then there’s no backing out now; we know you’re up for it. Get your brain cogs turning and give it a go! Allow your mind to drift away to the calming interior of a beautiful fish tank.

The subject: 10 little fish. The aim: It’s a numbers game, so scroll down and take a look for yourself. The answer is explained beneath the puzzle (not that you’ll need it, right?).

Upon first glance, we’re willing to bet that some of you think the answer is “one.” Go on, admit it if that’s you! There’s no shame in getting it wrong on the first try. What is it that the old proverb says? “If at first you don’t succeed, then try, try again.”

The answer is not “one,” but don’t despair, because it’s not a trick; it’s actually delightfully logical. Here’s how to work it out.

1. Where do fish live? Underwater, of course! So let’s take that fact to its logical conclusion: two fish can’t drown.

2. Where are they? They’re in a tank. Therefore, it’s impossible for four fish to “swim away.”

3. So what if they die? Think about it. Even if three scaly little tank occupants meet their untimely demise, they don’t disappear or float downstream. They’re still in the tank!

The correct answer is 10, because all of the fish are still in the tank. Cue audible groans everywhere! Did you get it right?

When this puzzle was shared on APost, opinions ranged from incredulous to confused to thoroughly entertained. “None left!” wrote one sardonic user, “I got rid of the tank. I don’t like fish.” Another had a different interpretation: “A fish would ‘drown’ in air,” they wrote, “so two jumped out.” That’s thinking out of the box (or fish tank) right there.

If you loved this, be sure to share it with family and friends. Everybody deserves a brain break! There’s more from The Epoch Times, too; how about taking on the “16 Circles” challenge? Join the legions of puzzle aficionados who have been flummoxed by this amazing optical illusion.

If you master that, then check out this life-changing viral math hack. It will literally change the way you think about math, not to mention you can have some fun lording it up over your friends and co-workers before you share the secret of the awesome hack with them.

Finally, allow us to tempt you with the “Missing Pieces” puzzle that is driving the internet barmy. It’s a head scratcher, that’s for sure, and you have to be pretty observant to get this one in under a minute. Give it a try! Brainteasers never get old.