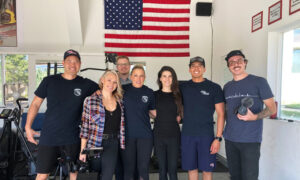 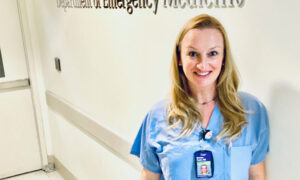 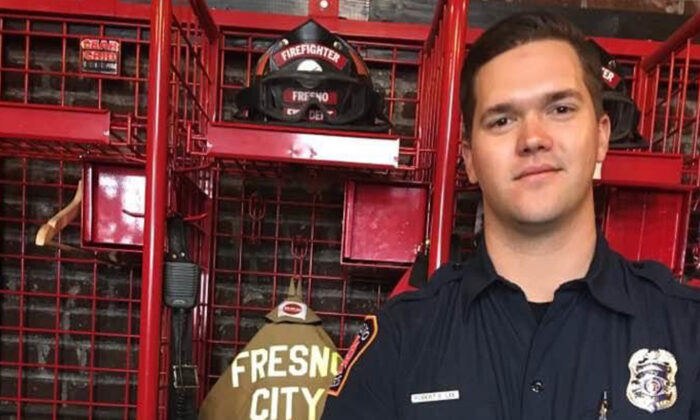 Things do really come full circle. When Robert Lee, a firefighter with the Fresno Fire Department in California, was 6 years old, his house caught fire on July 4 due to fireworks. However, his beloved pup was rescued in the nick of time by firemen. Now, 21 years later on the same day, Lee has become the hero to save a dog from a fire.

On July 4, at 10:30 p.m., fire crews from the Fresno fire department were dispatched to Southeast Fresno to help with a house that had caught fire, according to a Facebook post by the department. Upon arriving at the spot, they found that a house belonging to a local army veteran named James Verdugo had caught fire, and the flames were spreading rapidly. Investigators believe that the fire was a result of fireworks.

The quick-thinking team initiated an “offensive attack and saved the adjacent homes.” Three residents managed to be displaced from the house that was in flames; however, their beloved English bulldog named Sampson was trapped amid the thick smoke of the house.

However, due to the size and weight of the family dog, more firemen joined in the rescue, and Lee was among them. Finally, the team was able to rescue the petrified animal. Alluding to the moment, Lee said, “Houses can be rebuilt but dogs can’t be replaced.”

This heroic rescue brought back one of Lee’s own special childhood memories. Nearly more than two decades ago on the same day, Lee’s pup, Mackie was saved by some brave firemen from the Fresno Fire department when their house was destroyed due to a fire. The rescue gave a then-6-year-old Lee eight more years with his beloved pet.

“I was that child on the doorstep and a firefighter was giving my dog to me,” he said.

That rescue left a profound impact on the youngster and inspired him to take up his current profession as a firefighter. Lee joined the fire academy at Fresno City College after he graduated from high school.

He then enrolled in the Fresno Fire’s Explorer Program, and after years of being with the forest service and various Central Coast departments, he was able to fulfill his childhood dream of becoming a member of the Fresno fire department.

Upon being able to give Samson a second chance at life, Lee couldn’t be happier. “To see him breathing and happy to be back with his owner..that’s what really brings it a full circle,” Lee told KFSN.

As for Samson, he spent 48 hours on oxygen but was able to recover not long after and even had a tear-jerking reunion with the heroes who helped save his life a few days after the incident.

Although Verdugo, who suffers from PTSD, had lost his home due to the flames that tore through his home that weekend, he remains grateful to the firefighters for being able to save the beloved pet that has been with him for 10 long years and given him the emotional support that he has needed.

Meanwhile, an entire community has also stepped forward to support the army veteran in raising funds on a GoFundMe page for Samson’s medical bills, which amounted to US$8,000.