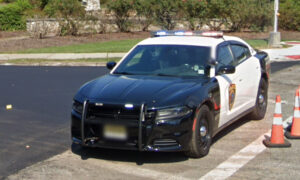 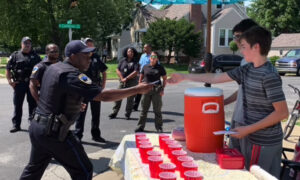 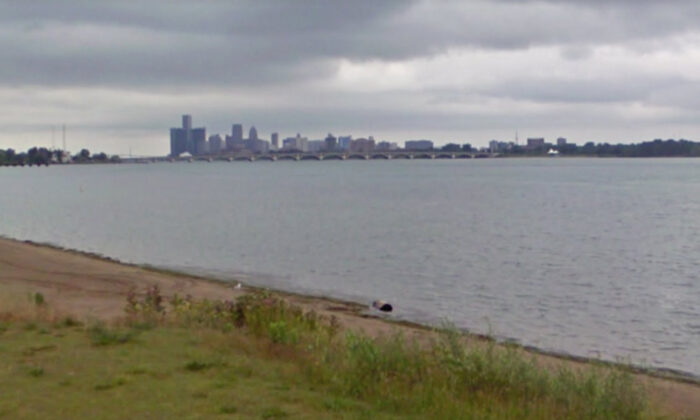 A Detroit fire sergeant disappeared after diving into a river to help three young swimmers in distress. While the three girls were pulled to safety, the firefighter’s daughter, standing on the banks of the river, realized that her father was missing and called 911.

The body of Sergeant Sivad Johnson, 49, was recovered from the Detroit River by rescue crews on Aug. 22 after six hours of searching, over 12 hours since the sergeant went missing.

Johnson and his 10-year-old daughter, Hayden, were walking together at Belle Isle, a 982-acre island park near the Detroit River Yacht Club, reports The Detroit News. They heard, then saw, three young swimmers yelling for help.

Without hesitation, Johnson dove in.

First responders sped to the scene. A passerby and another vessel on the water assisted in the 45-minute rescue that ensued. “From the civilian we talked to last night, there were a lot of rip currents and the sergeant went out into the water,” said Dave Fornell, deputy commissioner of the Detroit Fire Department.

One of the struggling swimmers was rescued by the civilian, and the vessel picked up the two remaining girls, bringing them safely to shore. It was in that moment that Hayden realized her father was not among them. Distressed, she dialed 911 to report her father missing.

Michigan State Police speculated that Johnson might have been overlooked. “It is believed the father may have been dragged underwater by the rip current and no one noticed,” they said. They shared on Twitter: “First responders are never off duty! He saw people that needed help and he didn’t hesitate.”

A search-and-rescue effort for Johnson was temporarily halted on the night of his disappearance due to low light, reports Fox News, before resuming the next day, when the firefighter’s body was located in the early afternoon.

Fornell confirmed that while Johnson was indeed off duty when he attempted the selfless act, his sacrifice would be considered a “line-of-duty death” by the department.

“He’s a firefighter,” Fornell told The Detroit News, “he saw the girls in distress and jumped in. He’s done that his entire career. Something happened, and it’s unfortunate to have lost one of our own that way.”

Hayden, left waiting on the riverbank for her father as the girls were brought ashore, was placed in the care of her grandfather. Speaking to The New York Times, Fornell explained that Johnson’s body was taken to Detroit Receiving Hospital, where as many as 10 fire companies showed up to salute their fallen comrade.

“He was almost bigger than life,” said the deputy commissioner. “He just moved a lot of people.”

Johnson, who has worked for the fire department for 26 years, had a reputation as a hero that far preceded his Detroit River rescue attempt on Aug. 22. In June 2018, the charismatic firefighter recorded a live presentation about life behind the scenes for The Moth, titled “To Bravely Do or Bravely Die.”

“I’ve been a Detroit firefighter for 24 years now,” he opened, to rapturous applause. His father and brother, he said, had also been firefighters, and he considered the firefighting community at large “like a family.”

Johnson, a Detroit Fire Department Medal of Valor holder, regaled a near-death experience from the scene of a house fire he had attended some time earlier. With the whole house ablaze around him and his oxygen tank snagged on something, momentarily trapping him inside the home, the firefighter thought of his daughter. She was only 5 years old at the time.

“I pictured her smiling at me, with her fat cheeks,” Johnson shared. “I could hear her laughing when I tickled her.

Johnson’s 10-year-old daughter also believed in her father the day he dived into the Detroit River to save three drowning girls. While he didn’t make it out alive, this time, he is remembered by all who knew him and all who know of his bravery as a true hero.