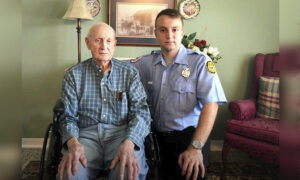 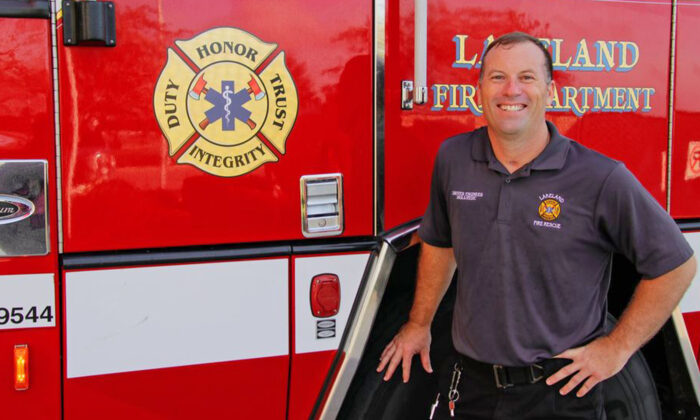 Firefighter Beats Rare Paralysis, Returns to Work After the ‘Struggle of a Lifetime’

For a Florida firefighter, what started out as a numb toe escalated into full-body paralysis. A rare, debilitating illness looked set to end his career, but he battled hard, and finally came out the other side triumphant.

Driver Engineer Steven Connors—who returned to work at Lakeland Fire Department on Oct. 27—had to relearn how to eat, talk, and walk after a year of battling debilitating Guillain-Barré syndrome, a rare disorder in which the body’s immune system attacks the nerves, eventually paralyzing the entire body.

“He is no stranger to hard work,” the Lakeland Fire Department said in a statement. “His story of struggle, survival, and triumph comes full circle approximately one year after it began.”

“[He] quite literally survived the struggle of a lifetime by battling and overcoming Guillain Barre Syndrome.”

In December 2019, Connors registered a numb toe as he was leaving the shower. The sensation spread, and fewer than two days later, he couldn’t walk.

“Once it got to my diaphragm, I started having trouble breathing,” he told FOX 13.

Connors described the pain as “like pouring lava down your spine, ripping the muscles off your bones.”

Even with morphine, the pain was unimaginable, he said.

While braving through “some of the toughest times,” Connors spent months in hospital. He was paralyzed, intubated, and took his meals through a feeding tube. Unable to move, the firefighter lost a harrowing 75 pounds (approx. 34 kg), the department said.

Lakeland firefighters visited their comrade in the Tampa General Hospital many times.

Lakeland Fire Chief Doug Riley told FOX 13: “I remember like it was yesterday. When we walked in, our hearts broke.”

Connors made progress and was booked to enter rehabilitation in March, but then his lung collapsed. It was a true test of resolve.

The setbacks were tough, and many … but Connors didn’t give up.

Connors, bolstered not only by his colleagues but also by his family, faith, and fighting spirit, battled Guillain-Barré head-on, drawing on the lessons he learned as a former U.S. Army paratrooper.

“Steve is a former Army soldier and served as a Sheriff’s Officer prior to becoming a firefighter,” the fire department said in the statement.

“He channeled his strength, faith, love, and support from his family (fire-family included) and has overcome this hurdle in an extraordinary way!”

“Steve allowed us to share his very personal story so that it can serve to inform and inspire others experiencing their own struggles, whatever they may be,” the department said.

“It is a testament to how hard work, perseverance, and a positive attitude can quite literally save your life.”