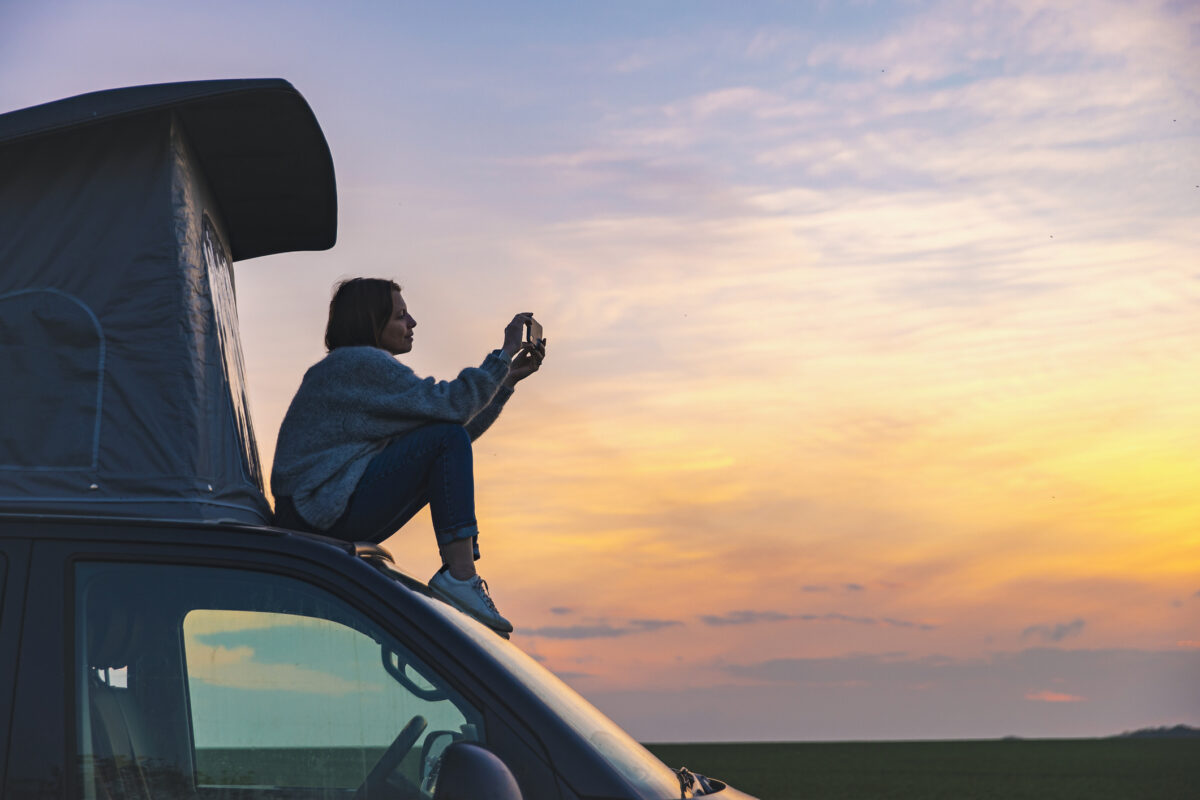 Though some may fear hardship and deprivation, it is a good time to take stock of the overall situation. (Justin Paget/Getty)
Lifestyle

I wince inwardly while sailing past the gas station on my way to work. The price has gone up since I last drove by it … yesterday. In fact, the price seems to go up about 10 cents a day lately. At that rate, by the end of summer, it will be … no, I can’t think about that. Doing so will only bring panic.

Unfortunately, I doubt I’m the only one lately who fights a tendency to fear the future. I hear others bring up the state of the world in everyday conversations, wondering out loud what on earth we are going to do. Even if we put gas prices aside, everything else—from maxed-out credit-card debt to random attacks on innocent people to empty shelves at the grocery store—seems to signal that we’re heading toward another Great Depression … or maybe worse.

Hard times are ahead. And for those of us who have lived an ultra-comfortable existence for a long time, the thought that our lives could be entering a prolonged period of hardship and deprivation is very disconcerting. But in bracing for this suffering, I was suddenly reminded of what a good thing these hardships could be for me, for you, and for our entire country.

This realization came upon me while reading a short essay, “The Great Liberal Death Wish,” written in 1970 by British journalist Malcolm Muggeridge. In the essay, Muggeridge describes the cycle that pushes humanity into dire circumstances like the ones we seem to be entering.

“The efforts that men make to bring about their own happiness, their own ease of life, their own self-indulgence, will in due course produce the opposite,” Muggeridge wrote. When men forget God, becoming egotistical and adopting crazy notions, they turn into animals, he said, and “it is in that situation that western man is increasingly finding himself.”

But Muggeridge also gave us a message of hope, pointing to those who have endured great suffering in the past as an example.

“We have been given the most extraordinary sign of the truth of things, which I continually find myself thinking about,” he wrote. “This is that the most perfect and beautiful expressions of man’s spiritual aspirations come, not from the liberal dream in any of its manifestations, but from people in the forced labour camps of the USSR.”

You won’t hear about good coming out of such suffering in the news, he said, because the media really don’t want to know about it. Perhaps that’s because such suffering brings enlightenment—not something the media wants you to have.

“I was reading about it in a long essay by a Yugoslav writer Mihajlo Mihajlov, who spent some years in a prison in Yugoslavia. He cites case after case of people who, like Solzhenitsyn, say that enlightenment came to them in the forced labour camps. They understood what freedom was when they had lost their freedom, they understood what the purpose of life was when they seemed to have no future. They say, moreover, that when it’s a question of choosing whether to save your soul or your body, the man who chooses to save his soul gathers strength thereby to go on living, whereas the man who chooses to save his body at the expense of his soul loses both body and soul.

“In other words, fulfilling exactly what our Lord said, that he who hates his life in this world shall keep his life for all eternity, as those who love their lives in this world will assuredly lose them. Now, that’s where I see the light in our darkness.”

In sum, suffering knocks sense into people, giving them a thirst for freedom and a reason to live and fight for right.

We certainly would profit from getting a good dose of common sense infused back into our society. So instead of fearing the future and the hardships it will likely bring, I am inspired to embrace them. Although the wrapping or packaging may not be to our liking, the package contents might just contain the restoration we so desperately need.