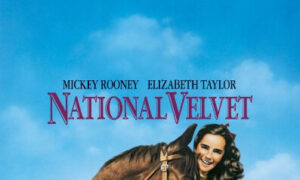 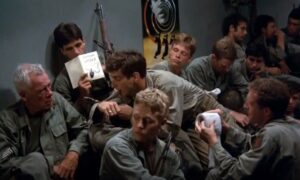 Popcorn and Inspiration: 'The Big Red One': A Thought-Provoking and Ultimately Uplifting World War II Epic
0 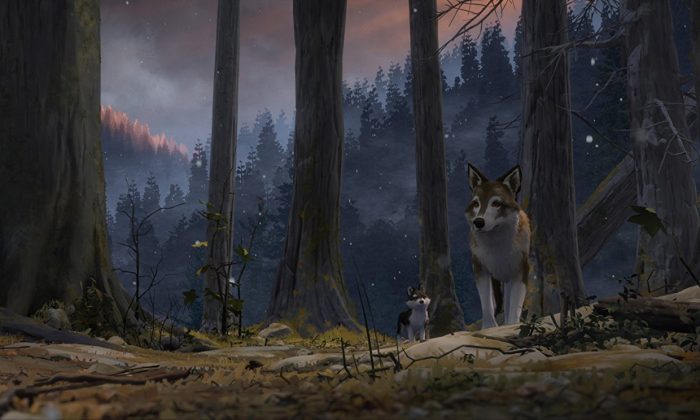 PARK CITY, Utah—Jack London’s bestselling animal adventure novel has been adapted as Japanese anime, a 1970s Italian franchise starring Franco Nero, a Disney live-action movie, a 1926 Hollywood silent featuring Strongheart the Dog, and a 1946 Soviet version Red Jack probably would have liked best. Clearly, the story’s popularity has never flagged, but the most visually accomplished take now happens to be a Francophone production (subsequently dubbed into English). The Yukon Territory is still a savage environment for London’s titular wolf-dog, but he will adapt and survive in Academy Award-winning animator Alexandre Espigares’s “White Fang,” which screens during this year’s Sundance Film Festival.

White Fang grew up under the watchful eye of his mother Kiche, a former sled dog gone wild. The winter has already been hard on the dogs, when an encounter with a lynx leaves Kiche badly injured. Nevertheless, White Fang will nurse her back to sufficient health for her to seek out and rejoin the pack dogs driven by Native trapper Grey Beaver. Although the other dogs resent White Fang’s strength and spirit, he will eventually claim his place as top dog. Unfortunately, he will also attract the unwanted attention of Beauty Smith, a nefarious dog-fighter intent on swindling him away from Grey Beaver.

Smith’s brutal training will mold White Fang into a ferocious fighter, but as we see in the in media res opening, the wolf-dog never develops a taste for fighting. Eventually, he will cross paths again with Weedon Scott, an honest lawman, with whom he had a brief encounter years before, while he was still just a pup.

In a way, “White Fang” of 1906 is like “Dog’s Purpose” of today, following the wolf-dog as he changes hands and passes through metaphorical lives, except it features animal savagery in place of New Age spirituality.

Espigares’s animated feature debut (he won the Oscar for his short, “Mr. Hublot”) is a manageable 90 minutes, but it feels pretty epic and remains relatively faithful to the source novel. However, the trio of screenwriters, Serge Frydman, Philippe Lioret, and Dominique Monfery water-down the abuse Grey Beaver metes out in the novel. While that might sound like a politically correct decision, it is wise to give younger viewers a respite from London’s harshness.

For the English dub, the voice of Paul Giamatti is perfectly cast as the scheming Smith. Nick Offerman and Rashida Jones are fine as Weedon and Maggie Scott, but probably the most distinctive vocal turn comes from Eddie Spears as Grey Beaver.

Espigares and his team have produced a “White Fang” that is lovely to look at, but is still quite tough minded. They have simplified London’s narrative to a minor extent (sorry One-Eye, maybe the next film), but they definitely retained its essence. Enthusiastically recommended for adults and older kids, “White Fang” screens again this Saturday (Jan. 27) in Park City, as part of the 2018 Sundance Film Festival.