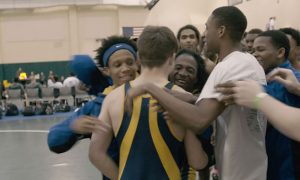 Film Review: 'Once Were Brothers: Robbie Robertson and The Band': The American Beatles
0
Film Reviews

Ben Affleck stars in a movie about a man with a drinking problem, who’s lost the love of his life as well as their only child. It’s well-played because it’s been lived, and is a fine example of those we go spend money on in movie theaters courageously putting their hard-earned, art-imitates-life life lessons onscreen for us to learn from.

I remember reading an article where Ben Affleck said of his then-fiancée that she was incredibly sweet and would have been thrilled, regardless, had he bought her a toy engagement ring from a dime store. It stuck in my mind. I thought, “I want one of those sweet ones too.”

Affleck’s also recently said that the worst thing in his life to date and the source of his need for alcoholism recovery was his divorce from said dime-store-ring-contented ex-wife. I thought, “I might, myself, also turn to drink in such a situation.”

I recently reviewed director Gavin O’Connor’s 2004 movie “Miracle” (hadn’t seen it, loved it), and then I realized that one of the few movies I’ve ever given a 5-star rating to was O’Connor’s 2011, Ultimate Fighting Championship and mixed martial arts movie “Warrior.”

Of course, any basketball movie is going to immediately call up its Ur Example: “Hoosiers.” “The Way Back” follows the trope fairly closely: a basketball coach attempting to help a team of severe high school underdogs actualize their hoop dreams and go to state.

It’s got the classic archetypes of this particular story: the low-self-esteem kid (Brandon Wilson) with the best skills who needs to step up and lead,

and the wild-child player (Melvin Gregg) in need of a tough coach who can set hard boundaries for him.

Another good one is the chubby kid (Charles Lott Jr.) who likes to do Joey Bag O’ Donuts type courtside dances, but who’s not allowed to dance anymore until they win some actual games.

And yet another is the smooth-talking little player (as in “playah”) who’s constantly got a different girl up against a locker, crooning, “Yeah baby, every time I put that ball through the hoop, I’m thinking of you.” How to discipline this player (Will Ropp)? Introduce all his “girlfriends” to each other, bring them as a collective peanut gallery to varsity practice, and let them be the judge of how many wind sprints their communal “boyfriend” needs to run.

Basketball Is the Backdrop to the Booze

Affleck’s character, head coach Jack Cunningham, was a former high school basketball phenom who turned down a full financial aid package to play college ball upon realizing that his father loved him only for his spectacular ability to play. That led to substance abuse.

Jack managed to land a lovely lady nonetheless, but when their young son died of cancer, and he discovered his wife was having an affair with a rich man, Jack Cunningham turned to Jack Daniels and Joey Fridge Full O’ Beer. And that’s not funny at all.

He’s now a full-blown (and yet surprisingly high-functioning) alcoholic construction worker with a full thermos of booze to keep him company at his bleak, high-altitude job site.

He starts off his day with a beer in the shower, and ends his nights at the local pub, where an older (but abler) drinker takes it as his duty to deposit drunk Jack on Jack’s doorstep (he used to do the same for Jack’s dad.) On his non-pub nights, Jack compulsively drains the entire case of beer sitting in his fridge.

Jack is, of course, in denial. When his sister (Michaela Watkins) tries to broach the subject one-on-one after a family gathering, he drops the nice Uncle Jack act and shows his violent side.

Then, he gets the coaching request from headmaster Edward Devine (John Aylward) at Bishop Hayes, the Catholic parochial school he attended. Which he initially rejects. But after he meets the team and their subpar but well-meaning stand-in math-teacher assistant-coach (Al Madrigal), Jack’s passion for hoops goes flame-on.

Jack likes to curse up a storm, cringe-worthily insulting the referees. He exhorts the boys to play with a major chip on their shoulder. The latter recommendation initially functions as good warrior training for the boys.

It’s too bad that Father Mark, the team chaplain (Jeremy Radin) who (correctly) tries to get Jack to deal with the boys from a higher, more righteous place by saying “Don’t underestimate the impact that you can have on them”—it’s too bad Father Mark registers more as the irritating, high-horse-moralizing, namby-pamby that our modern culture has come to associate with such figures.

It results in audience glee and hilarity at the running gag of Jack’s passive-aggressive, rebellious, F-bomb-laced vulgarity when he goes on yet another foul-mouthed rant. It’s time that church father figures get portrayed as manly enough to inspire the budding inner warrior so boys can come to respect the clean-burning, spiritual-warrior path. Then again, according to the movie “Spotlight,” such real-life father figures from the church are in short supply.

The team starts winning, Jack coaches his heart out, and all’s well until he accompanies his estranged wife (Janina Gavankar) to a birthday party thrown by friends for their own sick kid (in remission). When Jack finds out she’s seeing someone else, back comes the booze with a vengeance, naturally, and of course the swan dive off the wagon comes just as his team’s getting ready to go to state.

“The Way Back” puts the unflinching portrayal of addiction first, and the sports-underdog story second. Similar to “Warrior,” director O’Connor hews to the powerful human drama as well as the ravages of “sins of the father” alcoholism.

And while O’Connor is a master of exciting sports action on film (“Warrior” and “Miracle” are particularly electrifying in this regard), surprisingly short shrift is given to Jack’s journey of recovery. All we see is a quick meeting with his wife in the common room of some rehab facility, where he makes amends and expresses hope that in the future he can eventually learn to be the man she’d hoped he’d become. You almost expect Mike Myers to pop in from some “Saturday Night Live” skit rehearsal happening in the next room, and go, “Annnd scene!”

To my way of thinking, if you’re going to go to all the trouble of depicting the ravages of the addiction, don’t gloss over the requisite monumental hangovers that accompany this level of hardcore drinking. Show at least a little quality time in an AA meeting. Jack just keeps more or less strolling into the shower for some hair of the dog that bit him.

Much like Ed Norton’s character in “Fight Club,” I once discovered 12-step meetings by chance and went around for a few months, sitting in meetings I had no business being in. For a young New York actor trained to examine human drama, the stories in there are beyond riveting. Attend a Saturday night East Village AA meeting packed to the rafters with street hookers, winos, Hells Angels, and punk rockers, and you’re going to get a full picture of how any addiction left unchecked will kill you.

This version of “The Way Back” might have been good for the early 1990s. In an ideal world (not the one where America is strewn with the ravages of opioid and meth addiction from the redwood forest to the New York Island), this 2020 version would have fulfilled the responsibility of art to return humanity to the divine. “The Way Back” could have depicted and portrayed that the way back from severe alcoholism, from any addiction (including the smartphone you’re reading this review on), is universally about prayer, meditation, cultivating a belief in a Higher Power, and following a series of actions that consistently raise one’s moral standard. That’s the tried-and-true, time-honored way back.