Why seeking Nirvana is a great idea
BY Mark Jackson
TIMEMarch 14, 2021

“The life of man is one of continual fear, danger of violent death, and is solitary, poor, nasty, brutish, and short.” Philosopher Thomas Hobbes said that; I tweaked it. Little did Hobbes know that his famous phrase would become a precognitive, one-sentence film-review for a moving picture made 365 years into his future, called “The Revenant.”

Oh yes. Based on a true story, it’s a masterpiece of suffering; it’s Robert Redford’s “Jeremiah Johnson” on steroids—a massive, muck-crawling, muddy-bearded, raw-meat-strewn, morose mess of hypothermic hatchet-versus-knife-fighting, flintlock-swinging, ursine destruction, and wheezing-grunting-snarling madness—wherein Leonardo DiCaprio’s Hugh Glass displays for our “entertainment” the Hobbesian creed to perfection. If DiCaprio is ever going to win the statuette, this is his best shot at it.

That is to say, it’s a groundbreaking film; it’s very excellent! That is, if you can stomach it. This is not your date movie. This is your manly tale of revenge, sheer willpower, and desperate survival. Military men, firemen, Alaskan crab-fisherman, Alaskan bush pilots, and Alaskan Coast Guard rescue-swimmers will all love it. Everybody else: stay home. You’ve been warned.

A ‘Revenant’ is a “a person who returns from the dead.” DiCaprio, as mentioned, plays real-life frontiersman Hugh Glass, a navigator for a crew of hunter-trappers up in the uncharted, 1820s Dakotas, which was very much then (as the military still calls enemy territory to this day), Indian country.

We meet the trappers stalking elk, in a brilliant location—choice of gurgling thaw-water flooded trees, where birdsong, elk—call, and expert camera moves put us smack in the wilderness among them.

Suddenly someone gets a vicious arrow through the neck, all heck breaks loose, and valuable 30-pelt bundles are jettisoned as the fur trappers hightail it to their riverboat.

Later on, back on dry land, Glass manages to get on the wrong side of a cower-in-your-seat, never-seen-the-like-of-it-before, grizzly smack-down, wherein said bear gnaws and claws Glass with extreme prejudice.

The trappers schlep what’s left of him on a make-shift stretcher, up hill and down, until one John Fitzgerald (Tom Hardy), a Southerner, can’t take it anymore, and when no one’s looking, knifes Glass’s half-Pawnee son, Hawk (Forrest Goodluck), and buries the physically destroyed Glass—alive.

Want some more? Chased by another tribe, on horseback, he runs his horse off a cliff by mistake, lands in a pine tree, and has to gut his dead steed and crawl inside it to avoid freezing. True story! Wow.

And throughout the wince-fest of his ordeal, we cut to a variety of storylines: native warriors searching for a daughter named Pawatqa abducted for purposes of rape (by French-Canadian trappers), and flashbacks to Glass’s beautiful Pawnee wife before she was slaughtered. There’s just no joy to be found anywhere!

Nowhere is it clearer than in this film that, in keeping with Eastern philosophies, the earthly veil of tears that is human existence exists for the sole purpose of paying off karmic debt through pain and suffering! Which is why the Buddha suggested, more or less, that we enlighten and get out of here. Nirvana, anyone? After seeing this movie? Sounds like a plan!

Iñárritu just won an Oscar for the highly original “Birdman.” He might just win another for this highly original death-dance. Because while not exactly fun, or a “good time,” it’s definitely a riveting learning experience—three hours fly by. It’s great storytelling.

One of the reasons it’s riveting is that cinematographer Emmanuel Lubezki’s signature photography, along with Iñárritu’s insistence on natural lighting, put you right in the action—and then backs off for nature shots of stunning, subdued beauty.

The muted raw siennas, ochres, and burnt umbers of the wintry American north, the tide-pool ripple patterns, birdsong, and breathtaking striated snowcapped Bighorn mountains, nudge us in the direction of taking the artistry of a divine creator to be a self-evident truth.

Ultimately Lubezki’s nature photography has the same effect here as his work in Terrence Malick’s “The Tree of Life” in that it allows our pitiful, human hectic mud-crawling to be put in proper perspective—minute occurrences—crawling within the vastness and serenity of the cosmos.

“Revenant” has that rare, ethereal, magnetic, cinematic quality: a tangible atmosphere. It’s like watching some of the atmosphere—laden northern tundra displays at New York’s Museum of Natural History that feature bison, grizzlies, and timber wolves—come to life.

You leave the movie wanting to go there and see all that beauteous nature for yourself—live. But definitely from, like, a ski lodge. Or a Mountain Hardware winter-camping tent, with a Dodge Ram 4×4 pickup and a .416 Remington (grizzly security) and some hot coffee and sandwiches. Is that wimpy? Yes. The film’s also a good reminder of how soft we’ve become. With the exception of Alaskan men and new women’s UFC bantamweight champ, Holly Holm.

The actors performances are all seriously intense. Hardy’s Fitzgerald, a new addition to Hardy’s stable of characters who have an unblinking, wide-eyed stare of great fixity, is a scary customer, because he’s a little bit funny (and maybe slightly over the top, acting-wise), and you can relate to his sense of his exasperation and desperation. When Gleeson’s character declares, “I’m taking you back for murder!” Fitzgerald responds, “I ain’t crazy about your plan.”

Apparently the shoot itself was a nightmarish, forbearance marathon. Some say more CGI and less real-life actor-suffering could have saved money. Kim Masters of the Hollywood Reporter reports Iñárritu as saying, “That’s exactly what I didn’t want. If we ended up in green-screen with coffee and everybody having a good time, everybody will be happy, but most likely the film would be a piece of (expletive omitted).”

DiCaprio is quoted as saying, “I can name 30 or 40 sequences that were some of the most difficult things I’ve ever had to do. Whether it’s going in and out of frozen rivers, or sleeping in animal carcasses, or what I ate on set. [I was] enduring freezing cold and possible hypothermia constantly.”

After seeing “The Revenant,” you will understand on a deep, instinctive level that leaving the Garden of Eden was simply a metaphor for humans heading north.

Why should you watch this particular story? Well, first off, if you’re not an Alaskan bush pilot—you won’t. However, if you’re a normal person and you do go, you’ll appreciate for many days after how easy we all have it in the modern age with our endless conveniences.

Leonardo DiCaprio said the endless hardship changed him profoundly. The law underlying the theatrical arts is that whatever the actor experiences subconsciously affects the audience. It will change them. DiCaprio, Hardy, et al, have done some extremely hard work for us. If they changed inwardly—so will you. 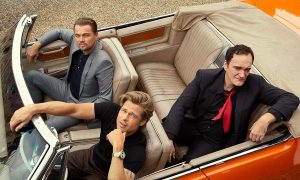 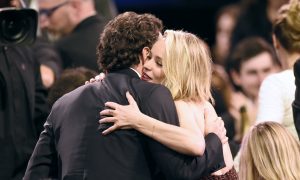 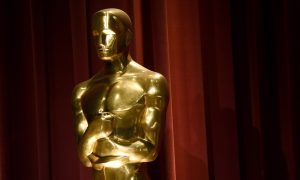 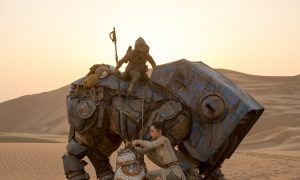