Film Review: ‘Munich – The Edge of War’: Brainly and Suspenseful

If we let the CCP blatantly violate the Sino-British Joint Declaration, openly turn Hong Kong into a police state, and engage in hostile militarism throughout the South China Sea, maybe they will be satisfied and start acting nice. After all, appeasement was a smashing success when Hitler was given the Sudetenland, right?

Actually, it was Neville Chamberlain’s agreement that gave appeasement the bad name it deserves. Young British foreign office bureaucrat Hugh Legat sees that infamous history unfold as an aide to Chamberlain in Christian Schwochow’s “Munich: The Edge of War,” based on Robert Harris’s novel. It starts streaming on Jan. 21st premiere on Netflix.

Initially, Legat is more concerned with helping Chamberlain prevent a European war than resolving the Cold War brewing between him and his wife. It is really bad timing when he is attached to the Prime Minister’s Munich delegation and also quite a surprise. It turns out Paul von Hartman, a German government interpreter, pulled some strings with his military contacts to request Legat’s presence. They were friends at Oxford, but had a falling out over Hitler. At the time, von Hartman was an enthusiastic supporter, but now that he knows the Fuhrer’s true intentions, he is profoundly alarmed.

Von Hartman believes elements in the military will turn against Hitler Valkyrie-style if the British hold firm on their commitments to Czechoslovakia. He also has a damning document that spells out Hitler’s expansionist military plans in detail. He needs Legat to help him convince Chamberlain, but even if his old friend agrees to help, it is highly questionable whether the war-averse PM will listen.

Ben Powers’s adaptation of Harris is a really smart thriller of espionage, politics, and bureaucratic in-fighting. However, some of its implications are highly debatable. Mild Spoiler: “Edge” ultimately presents an extremely revisionist defense of Chamberlain, arguing he bought time with his non-agreement for England to rebuild its military. Yet, on the other hand, it also posits a potential resistance to Hitler that was undercut by Chamberlain’s appeasement and obliquely implies Hitler’s also needed time to steel the resolve of the German people.

In any event, Schwochow (who has previously helmed sensitive historical dramas, like “The German Lesson,” “West,” and “The Tower”) mines a good deal of suspense from the brainy material and maintains even more tension regarding the fates of Legat and von Hartman. George Mackay and Jannis Niewohner nicely humanize the cerebral main characters and portray their complicated friendship with surprising poignancy down the stretch.

Likewise, Jeremy Irons does a terrific job fleshing out Chamberlain. Initially, he appears to be an old fool who could be serving as a Joe Biden analogue. However, we come to appreciate his craftiness as a politician. (How sad is it when Neville Chamberlain looks like a more forceful leader than our own president?) Regardless, Irons is compulsively watchable, as ever.

In the final analysis, “Edge” can’t convincingly rehabilitate Chamberlain, but it serves up some nifty intrigue and raises some interesting historical points. It is the sort of film I would recommend for viewers like the National Review editorial board, who can parse the revisionism and engage with the geopolitical drama. 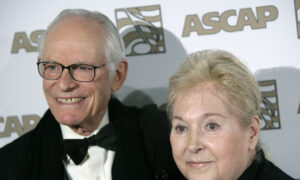 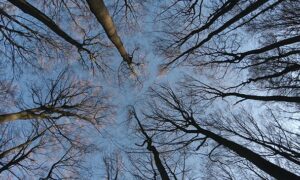 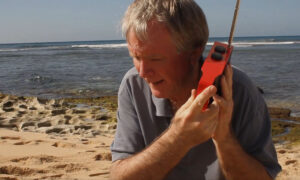 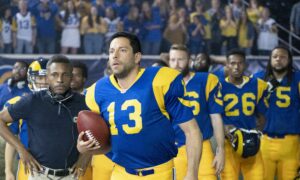