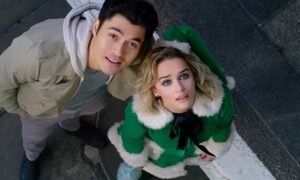 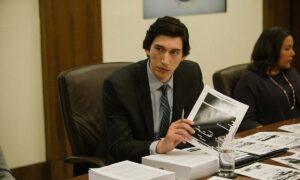 Clint Eastwood has been exploring American heroism for a while now. From “American Sniper” to “Sully” and now “Richard Jewell,” he’s having a look at (mostly) true stories about what constitutes a hero.

They may be true, but there’s some artistic license. For example, I still don’t understand why Eastwood left out of “American Sniper” the little-known fact that Chris Kyle, America’s most-decorated war hero ever, fresh home from Iraq, bought a new truck, got held up at gunpoint at a gas station, and—battle-hardened Navy SEAL that he was—killed both would-be thieves dead with his .44 magnum. Which is, ironically, a “Dirty Harry” gun. And Clint Eastwood is Dirty Harry.

But never mind all that. Eastwood is, generally speaking, a master storyteller, and “Richard Jewell” is a wonderful chapter in the Clint-as-director canon. And here’s where the film’s excellence mostly comes from: the fabulous casting of Paul Walter Hauser as lead character Richard Jewell. Hauser looks like Nick Offerman’s (who played Ron Swanson in “Parks and Recreation”) overweight, younger brother Matt, and is just as talented as Nick.

Richard Jewell was the nondescript security guard who did an ostensibly heroic deed by calling in a pipe bomb he spotted in a backpack under a bench at Centennial Olympic Park in Atlanta, which was hosting the 1996 Summer Olympics. He then helped evacuate venue personnel and the crowd, thereby being directly responsible for greatly reducing potential casualties.

This immediately placed him at the center of a media maelstrom.

Then, the whole situation drastically backfired, and he became the prime suspect, fingered by the FBI as the would-be bomber.

We’re introduced to Jewell approximately 10 years prior to the main plot; it’s his first day on the job as a gofer for a small business. His boss, Watson Bryant (Sam Rockwell), is a firecracker of a lawyer who nicknames Jewell “Radar” (after the famously supernormally precognitive “M.A.S.H.” character), because Jewell notices Bryant likes Snickers bars and henceforth keeps Bryant’s desk drawer well-Snickers-stocked.

Jewell is, plain and simple, a good man. He’s unfailingly polite, dispenses many acts of kindness, works hard, and always thinks of others first, putting their needs before his own. He’s a momma’s boy—but what a momma’s boy; every mother would want such a son. He takes impeccable care of her and expresses an abiding, deep love, gratitude, and respect.

He’s got some annoying tendencies, though. Lately in the news, there’s been a lot of talk about “stolen valor,” which refers to a particular kind of guy who simply can’t resist the temptation to call himself a former Navy SEAL, Green Beret, or Delta Force operative. This is a thing; there are groups hunting down cases of stolen valor now, and there are serious penalties for this.

This is all to say, Richard Jewell would appear to be a hair’s breadth away from a stolen valor type of guy. He keeps saying to cops, “Yeah, I’m law enforcement, too.” The thing of it is—he was a cop. And a very talented one to boot; one who read law enforcement manuals before bedtime. But he doesn’t look like a cop. Or act like a cop. Or walk like a cop. What do we say about that sort of thing? We say he’s not a cop. But … he was.

And so Eastwood, in excellent, sneaky storytelling fashion, gets us to start judging Jewell the way the FBI does, and the story-rabid press starts spinning Jewell as a cop-wannabe fatso, a rent-a-cop has-been—a Paul Blart-ian, obese, Guns N’ Ammo- and Soldier of Fortune-reading momma’s boy. There he is, getting investigated as a possible terrorist, and he’s trying to chat up the Atlanta PD and the FBI like he’s a fellow law enforcement bro. Talk about snickers. In America, our knee-jerk reaction to this sort of thing is an immediate, vociferous howling of “loooserrrrr!!!”

However, Richard Jewell is simply genuine and sweet. Eastwood shows us how good this man is and how easily both his weaknesses (lack of an aggressive cop personality) and strengths (reverence for the rule of law, honesty, fairness) are taken advantage of.

which, by the way, The Atlanta Journal-Constitution has threatened to sue Warner Bros. for). Together they create a living hell for both Jewell and his mother (a never better, heart-rending Kathy Bates).

Like the best dramas, there’s much humor to be found, especially during the scene in which Bryant discovers Jewell’s gun collection (that Jewell failed to tell him about) which is, shall we say, extensive. This leaves Bryant the monumental task of proving his client’s innocence while curtailing Jewell from haplessly fitting the perfect profile of a lone bomber and happily handing law enforcement personnel enough rope to hang him with.

Jewell was never formally charged; he was simply bullied by law enforcement and the media, relentlessly. Movies like “The Report” and “Spotlight” have shown the importance of truthful investigative journalism in unearthing foul play by corrupt organizations.

Conversely, “Richard Jewell” demonstrates the power that the media wields, using unproven allegations, to wreak havoc with people’s lives, such as the recent NBC hit piece on The Epoch Times. Richard Jewell wasn’t able to defend himself. The Epoch Times, however, can.