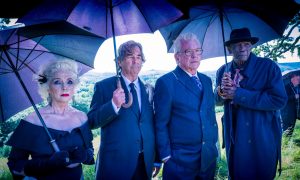 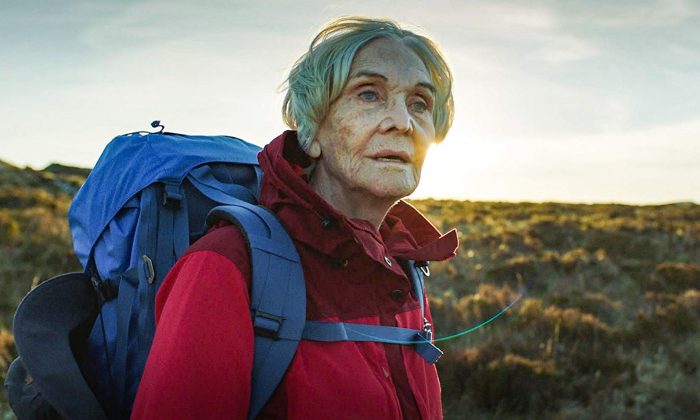 We’ve seen a marked uptick in recent times of films that tell the stories of older folks. Thanks to advances in modern medicine, we are living longer, which enables the pursuit of second and even third careers, and also means that many have the chance to actualize lifelong dreams—unachievable in previous generations.

Some of these films have been heartfelt and engaging, without being too saccharine or corny, such as the touching drama “Astronaut.” Others have been flops, such as the super-unfunny comedy “Supervised.”

Director Simon Hunter’s (“Mutant Chronicles,” “Lighthouse”) new outdoorsy drama “Edie” is definitely on the more heartfelt and sentimental side. It’s a classy little British film about an elderly woman, the titular character, Edie (Sheila Hancock), and her attempt to fulfill a lifelong dream: scaling a mountain in the Scottish Highlands, which she was prevented from doing in years past.

The film’s setup is handled at a slow-burn pace. After her overbearing husband passes away, 83-year-old Edie is carted off to a nursing home by her daughter, who doesn’t seem to care for her much. However, early on it becomes quite evident that Edie isn’t the type who is simply content to just wither away in a hospital bed: Scotland and its Mount Suilven await!

Soon, the film switches gears and changes into more of an odd-couple-type scenario when Edie runs into the much younger Jonny (Kevin Guthrie), who just so happens to own a thriving outdoors shop.

What follows are lots of scenes of Edie being cantankerous yet surprisingly able-bodied. Her mountain-traversing scenes are very convincing. And Jonny reminds the audience (to a sometimes annoying degree) how uplifting and encouraging her mountain-climbing odyssey is.

For the most part, the central pair of the film have a pretty natural chemistry—Edie as the determined dream-realizer and Jonny as the rugged supporter.

However, although the main characters seem like interesting people, the film’s storyline sometimes steers off into hackneyed and clichéd territory with sometimes blustery and over-serious writing. The training sequences, in particular, seem contrived to the point of being grating. And the score (by (Debbie Wiseman) is sometimes overwhelming.

Yet, the film’s overall message—that it’s never too late to fulfill your dream—is so positive that it never completely dissolves into mushy melodrama.

Unsurprisingly, Hancock handles her role with aplomb. She is no doubt a fine, gifted actress. However, the character she portrays sometimes comes off as a little too harsh. Perhaps if the writers (along with Hancock) could have shown Edie as slightly kinder, it would have nudged the film along a more sympathetic path.

While the two lead actors turn in impressive performances, overall, the supporting characters feel lightweight in comparison. Most seem underdeveloped. It’s as if the writers simply didn’t know what to do with them.

On the whole, the film oscillates back and forth between a somewhat breezy comedy and a heartfelt drama. As it rolls into its final and more seriously toned third act, the script’s occasional comedic bits seem out-of-place and jarring. These attempts at slapstick humor harm its overall dramatic pacing, which reaches its zenith as Edie attempts to ascend the exquisitely beautiful mountain.

In all, Hunter’s handling of “Edie” immerses you in the beautiful environs, complete with believable, interesting lead characters and a story that manages to paint a life of former disappointment only now being fulfilled. I only wish that it had been a little less predictable.