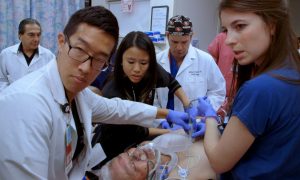 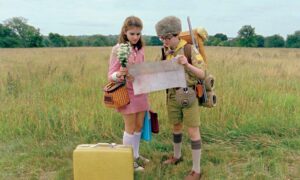 Film Review: ‘A Child’s Voice’: A Call to Arms Against Child Trafficking

A friend recently sent me a link to a film producer’s verbal exposé of pedophilia and child trafficking in Hollywood. It was one of the most stunning, worthwhile, and ostrich-head-from-sand-yanking videos I’ve ever seen. (See video at the end.)

In it, producer John Paul Rice talks about “A Child’s Voice,” a 2018 supernatural thriller he helped make on the topic, via No Restrictions Entertainment, which is a company that makes feature films about issues Hollywood doesn’t tend to talk about. You won’t find “A Child’s Voice” listed on Rotten Tomatoes.

Murdering Innocence for Pleasure and Profit

In what is basically a supernatural-dramatic rendering of a child snuff film and the brutal, systematic, historic, and unspeakable horror of our time—the trafficking, violent sexual abuse, slaughter, and drinking of children’s blood is ever so mildly portrayed.

These red-robed cultists steal children off the streets and sacrifice them, drinking chalices of drained child-blood. But they don’t do the abduction dirty work themselves; they farm that out to a fellow named Bill (Bailey Brenner). Bearded Bill has a young couple working for him. The girl, Kristy (Angela Mavropoulos), comes to her senses and escapes, becoming herself a loose end that will need tying up.

As mentioned, after 8-year-old Jacob was sacrificed via ritual knife, junkie Tim starts hearing Jacob’s ghost’s voice in his head, crying for help. As proof of his realness, Jacob gives Tim directions to a hidden backpack containing a lot of cash, a heroin stash, and a revolver. Then Jacob instructs Tim on how to rescue Kristy. Then Tim and Kristy go after the bad guys.

Not Up to the Task

Unfortunately, “A Child’s Voice” contains zero tension, suspense, or anything novel or shocking beyond what one has already gleaned from cursory perusal of news headlines regarding child trafficking.

Now, I imagine that attempting to portray child trafficking in any way, shape, or form is inherently an invitation to receiving torrents of verbal abuse and accusations of exploitation. This had to be challenging for the producer.

However, to my way of thinking, a mild rendering is, if not intentionally, disrespectful. This topic inherently needs to wrench the gut and pulverize the heart; it needs to make a person jump out of their seat and grab the phone.

While the filmmakers did their due diligence in terms of interviewing trafficking survivors, FBI agents, and studying court testimony—what should have been a galvanizing, skin-crawling, outrage-sparking bombshell of a call-to-arms movie is anything but.

That said, maybe there is something to be said about mildly introducing such a vile, hideous, disgusting topic so people don’t just immediately quit, stop watching, and thus remain willfully buffered to the much-needed whistleblowing. Maybe heads need to be gently pulled out of the sand instead of yanked to the point of potential traumatizing. What I’m suggesting might trigger actual trafficking survivors and re-immerse them in a world of pain.

But the film still needs to be far less amateurish. Too much of “A Child’s Voice” doesn’t make sense, contains implausibilities, unclear motivations, and a number of deus ex machina resolutions of an otherworldly kind that would have at least needed higher-production-value CGI rendering so as not to immediately destroy one’s suspension of disbelief.

Ark of Hope for Children

Ark of Hope for Children, an organization dedicated to helping trafficked children rebuild their lives, said, on Citizen Truth’s website, of “A Child’s Voice”:

“While the movie is fictional, the basis of it that the rich, powerful, and demented of this world really do victimize, torture, and even murder children this way in our ‘civilized’ society truly does exist.”

For those interested in volunteering: “Ark of Hope for Children brings care and awareness for those victimized as children by human trafficking, child abuse, and bullying. We are a human rights organization with programs that provide care for, and awareness of, survivors without discrimination of any kind. Ark of Hope focuses on unconditional love and transformation to help victims become empowered survivors. We are nonprofit organization #59-3585457.”

John Paul Rice is a special individual. His testimony is beyond compelling. What sold me was his explaining that he’d talked to Hollywood actresses he knows personally, who were outspoken and at the forefront of the #MeToo movement. He asked them if they knew about the heinous crimes that were going on with the children. They would sort of go, “Yeah, ugh, we know.” But no one said anything.