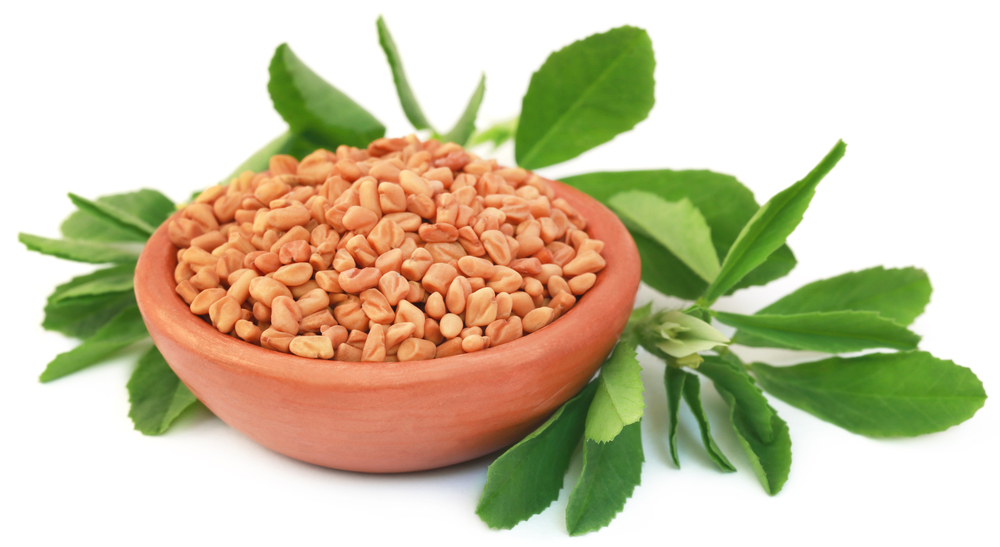 Fenugreek has many medicinal and health related properties. (Shutterstock)
Food as Medicine

Fenugreek is one of the first cultivated herbs in recorded history and remains a fundamental ingredient in curative and culinary traditions from around the world. Fenugreek is found in Indian curry powders, Middle Eastern spice mixes, and Ethiopia’s ubiquitous berberé powder.

In India, fenugreek greens are often found in a variety of dishes, but most of the world’s culinary interest in this plant lies in the seed. Fenugreek seeds look like pale-yellow pebbles. They have an unmistakably maple-syrup scent and are often used to flavor imitation maple-syrup products.

Other aspects of the fenugreek flavor include notes of celery and bitterness. This herb has a unique taste, but there may be reasons other than flavor why fenugreek is found in so many traditional cuisines.

Germany’s botanical medicine agency, Commission E, approves use of fenugreek as an appetite stimulant, and this is one of the plant’s oldest uses. The ancient Greeks (and later the Romans) fed this herb to their livestock because often it was the only thing sick animals would eat. This is where we get the name fenugreek, which means “Greek hay.”

Many herbalists use fenugreek on even deeper digestive issues. For example, its high fiber content has been shown to lower cholesterol and prevent constipation. In India, fenugreek has long been used to treat diabetes.

Modern preliminary studies suggest that fenugreek may be effective at lowering blood sugar levels, normalizing glucose metabolism, and reducing insulin resistance. The agent responsible for this action is an unusual amino acid called 4-hydroxyisoleucine of which fenugreek seed is a rich source. In animal models, this amino acid has demonstrated antidiabetic properties.

Insulin is not the only hormone that fenugreek appears to influence. One study from Texas A&M University suggests that fenugreek may increase testosterone, which has since made it very popular with bodybuilders.

Fenugreek is also used to treat menopause, as estrogenic isoflavones in the herb may help relieve mood swings, hot flashes, and depression. In the 19th century, fenugreek was a key ingredient in a popular patent formula known as Lydia Pinkham’s Vegetable Compound. It was used to treat “female troubles” such as menstrual pain and vaginal dryness.

Further aspects of fenugreek’s treatment scope are found in traditional Chinese medicine, where fenugreek is used to treat kidney yang deficiency. This manifests in conditions such as edema in the legs, back pain due to weakness, hernias, and reproductive issues, such as impotence and irregular periods.

When it comes to female hormones, fenugreek holds a special affinity for breasts. Regular consumption is said to increase breast size and fullness, and it has been used for thousands of years to help nursing mothers stimulate milk production.

Fenugreek also has a reputation for increasing other fluids as well, such as semen and sweat. One side effect of heavy fenugreek consumption is that body fluids develop a pronounced maple smell.

Fenugreek’s mucilaginous nature can help maintain bowel regularity and soothe a sore throat. This herb can also be used topically to soothe inflamed tissues like rashes and wounds. For topical application, soak the seeds in a little water until soft and grind them into a paste.

Fenugreek is generally safe, but it isn’t appropriate for everybody, as it may affect hormones in problematic ways. Those with hypothyroidism, for example, are urged to take caution with fenugreek because it is believed to interfere with thyroid hormones. Some mothers who take copious amounts of fenugreek to increase their milk supply also report a drop in thyroid function.

Keep in mind that these cautions mostly apply to medicinal doses of fenugreek. Small amounts in a vegetable curry, for example, should pose little harm. However, it’s also important to note that fenugreek is a member of the legume family, and a close relative of peanuts and chickpeas. Anyone with an allergy to these related legumes may also have a sensitivity to fenugreek as well.

To use as medicine, make a strong tea from the seeds—about a level teaspoon per cup of water and simmer for 20 minutes. If you don’t like the taste, fenugreek capsules may be a better bet.

Consult a qualified herbalist for an appropriate dosage, and proceed with caution if taking blood-thinning medication, thyroid hormones, or insulin. Since fenugreek is known to relax the uterus, it is also best to avoid during the first trimester of pregnancy.

When using fenugreek in your cooking, dry-roast the seeds first. This improves flavor by removing some of the bitterness. To grow your own fenugreek greens, simply sprout the seeds.