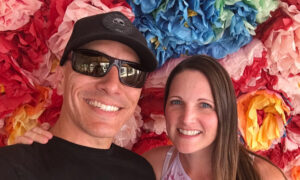 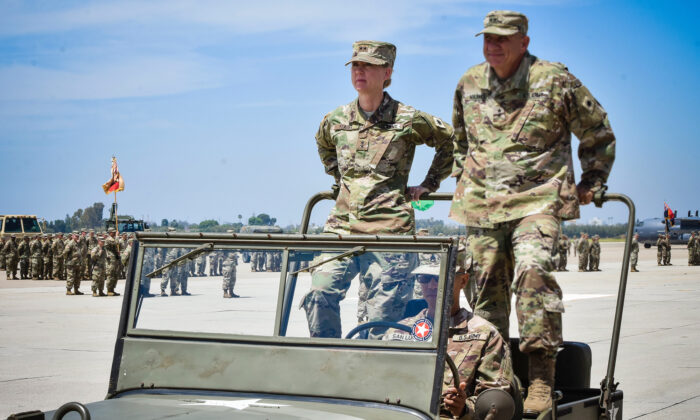 Brigadier General Laura Yeager is flying the flag for female achievement as the first woman to command a United States Army Infantry Division since 1917.

Yeager, who is now in her mid-fifties, assumed command of the California National Guard’s 40th Infantry Division during a ceremony held in Los Alamitos, California, on June 29, 2019. Since then, Yeager’s story is inspiring thousands not to be held back by perceived gender roles.

“I have enjoyed my career so much that it is hard for me to believe that I have been serving for 30 years,” Yeager explained to the Defense Department‘s news service, “but I have, and being promoted will allow me to continue to serve in this great profession.”

Yeager’s new role affords her the authority of a sole military commander for more than 10,000 active-duty and reserve component forces deployed during domestic emergencies. As per CNN, Yeager took over from Major General Mark Malanka upon his retirement.

Yeager, a former Black Hawk helicopter pilot who served in Iraq, hails from a military family. As per ABC News, her father, retired Major General Robert Brandt, served two tours as a helicopter pilot during the Vietnam War and later became a commander in the California National Guard.

Brandt served in the military for 40 years before retiring in 1999.

“My father has been a tremendous role model to me,” Yeager explained, “and as an officer I have benefited immensely from his mentorship.”

“He always had high expectations for me,” Yeager continued, “but I was given a lot of independence to pursue my own path.”

Yeager became a second lieutenant for the Reserve Officer Training Corps in 1986. “I walked by one of those recruiting posters and said, ‘I can do that,’” Yeager told USA Today. “I think my father was more surprised than anyone that I joined.”

She started her Army career in the Medical Service Corps, but a need for altitude beckoned shortly thereafter. “Once I had a chance to fly in a helicopter as an ROTC cadet, I was hooked,” she explained, “and became obsessed with going to flight school.”

In 1989, Yeager graduated as a helicopter pilot. To date, Yeager has clocked over 1,500 flight hours and has received the Legion of Merit, Bronze Star, and Meritorious Service Medal for her service to the military.

Yeager met her husband in the military, and the couple had a son together, Scott. Around this time, Yeager took a step back to work for the National Guard’s reserves, allowing for the ideal balance between work and family life.

As a colonel, Yeager briefly separated from her family in 2011 for deployment to Iraq. In 2016, she became the fourth-ever female general of the California National Guard and made history in 2019 by becoming the very first female infantry division commander.

Yeager says that, as a woman, the military has provided unmatched career opportunities and benefits for her, and although women are a minority in the service, and the majority of her peers, subordinates, and superiors are men, they have always shown her support, treated her with respect, coached, mentored, and advised her.

“At the same time,” Yeager added, “I have been inspired by the incredibly strong and amazing women I have served with and for.”

“She’s an outstanding leader,” Lt. Shiroma added, “and many of her subordinates who worked with her in the past are looking forward to working with her again.”