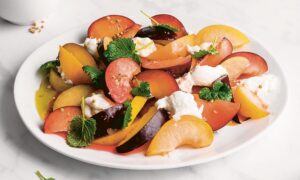 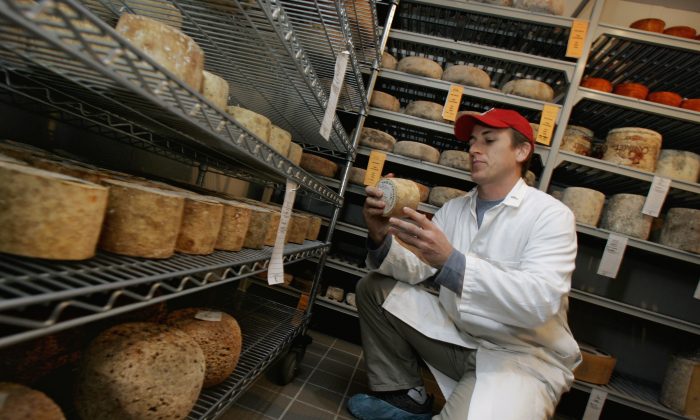 NEWBURGH—Michele Pfannenstiel explained the importance of food safety at the Mid-Hudson Valley Food Processing Conference: From Farm to Factory on June 18 in Newburgh.

Pfannenstiel told conference goers of the time she met with a Hudson Valley couple making artisanal raw milk cheese. They needed her help to sell to a national cheese distributor.

A regulator from the FDA was visiting at the time. The regulator asked for the customer complaint log—no complaints. She reviewed their standard operating procedures (SOP). All equipment in the facility was working as it should. The regulator left.

“That’s what you want your regulators to do,” Pfannenstiel said. “You want them to say, ‘Wow, this is really squared away,’ to look around, and leave.”

The Orange County Industrial Development Agency (IDA) hosted the conference as part of its effort to support and enhance small, artisanal producers of specialty foods in the Hudson Valley.

Turning artisan goods into a profitable business takes more than creating delicious recipes. “Local artisan food producers face a number of challenges that can make it hard just to break even, from finding commercial kitchen space to balancing the high costs of quality ingredients,” Pfannenstiel said.

Pfannenstiel told about 200 artisanal food producers why it was important to write down standard operating practices (SOPs) to meet regulatory requirements in the food manufacturing industry.

Their food business will be more efficient and grow, and the company will also easily pass regulatory inspections and audits.

Todd Erling, executive director of conference sponsor Hudson Valley AgriBusiness Development Corp., said there is a big market waiting for artisan food producers.  “You have access to about 60 million mouths within a five-hour drive,” he said to participants. “It’s a built-in market.”

More and more consumers care about food safety, Erling said, and want transparency in how their food is made, who grows it, and where it comes from. “That is one of the best market opportunities for food manufacturing, for agriculture, and for everyone that has to eat three times a day.”

Pfannenstiel said safe food production measures are part of running a successful food business and it’s not beyond small-scale producers to manage. “Meeting third party standards and food safety standards is not only 100 percent achievable but actually the way forward in growing,” she said.

Success and growth requires that artisanal producers look at their systems and the technical aspects of production. The business owner must take the lead with a solid action plan. “The decision to make safe, wholesome food, follow regulations, and do it the right way—the same way every single time you do it—is a decision that comes from the top.”

She said small food processors must see their food processing as a business. They have to transform themselves from cooks to manufacturers of food with all the procedures that involves. “You have to set yourself up for manufacturing. You are not cooking anymore,” she said.

Local food producers need to know who regulates their business. Is it the FDA, USDA, the New York Department of Agricultural Markets, or another regulatory agency?

“HACCP is a management system in which food safety is addressed through the analysis and control of biological, chemical, and physical hazards from raw material production, procurement and handling, to manufacturing, distribution and consumption of the finished product,” according to ifsworld.com.

“Consumers care about such things,” the website stated, “and they want to know that you as a manufacturer care, too.” Artisanal producers not only source local ingredients but need to process them efficiently and in the right way.

Efficiency means writing down steps so the processor doesn’t waste time reinventing the wheel, checking temperatures or calibrating ovens again and again. It means to write down and use SOPs which prevent work stoppages from third party audits.

Pfannensiel sees a food safety plan as a script, a story whose audience are employees and regulators, which can change and grow.

SOP and HACCP plans allow a growing business to sustain itself and go to the next level. “If you start instituting systems, when your product takes off, you will be able to grow to meet your demand, Pfannenstiel said. “You then become an approved supplier for the people who are trying to get your business.”

The plans start at the source: on the farm. Pfannenstiel, a veterinarian, says she respects the animals on her farm. “I believe those animals’ lives mean something. We respect things as they go through our production cycle. We don’t throw things away because we are dotting our i’s and crossing our t’s.”

With systems in place and documented, the owner can train employees in the correct procedure, which makes for a stronger work force across the industry. “A food artisan is someone who is completely and wholly integrated into the creation of their product,” according to sfgate.com.

Anna Dawson saw a need to save the food she and other farmers normally feed to their pigs.

Anna Dawson, retired farmer, small scale food processor, and former home economics teacher, is on a quest to preserve and market food grown locally. She sees a need to save the food she and other farmers normally feed to their pigs. In 1960 she said nobody knew how to preserve local produce.

Around that time at Cornell, Dawson saw how meats were frozen and vacuum packed and asked herself why this could not be done with fruits and vegetables. Dawson said large kitchens—in school cafeterias, churches, or at garden clubs—can preserve and sell food and make it a community project.

She sees this as a community endeavor at both ends of the age spectrum. Retirees and teens can work together. Retirees can provide the food and facilities while young people can do the leg work or computer-related task making instruction videos, managing online orders, and selling preserved food products  from food trucks.

Dawson said processing local food that would otherwise be thrown away can be “designed to grow a population of young people connecting to whole food.”

The Kinderhook resident works out of a 1400-square foot kitchen which she says can be reproduced anywhere for a food business. Her freezer meal company, Hometown Foods, trains entrepreneurs to design frozen products from community kitchens.

The conference was the second major event in the IDA’s Accelerator program to bring manufacturing to the Hudson Valley.