'I always feel good after I leave Shen Yun' 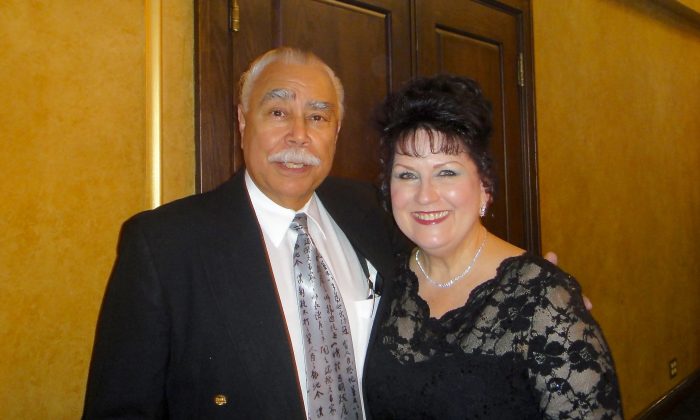 Eugene and Janet Randolph are Shen Yun fans who enjoyed this year's all new performance at the Detroit Opera House, on Jan.1, 2016. (Xin Xin/Epoch Times)

DETROIT—A local couple, Janet Randolph and her husband Eugene Randolph, have been coming to see Shen Yun for the past 10 years. In fact, they can brag about being such devout Shen Yun fans as to have seen the company flourish since it was established in 2006.

So what keeps Mrs. Randolph, a Tai chi instructor, and Mr. Randolph, a teacher of jewelry-making come back to the theater every year?

“I always feel good after I leave Shen Yun,” Mrs. Randolph explained after she watched the performance on Jan. 1, 2016, at the Detroit Opera House.

“Just a wonderful feeling. Inspired. Very peaceful,” she continued. “I think it is very uplifting. It is very inspiring. It is a message that a lot of people could learn by,” Mrs. Rudolph said.

Shen Yun Performing Arts is a New-York based non-profit that has as its mission to revive 5,000 years of traditional Chinese culture through music and dance. The program includes stories from ancient China performed by some of the world’s most renowned dancers trained in classical Chinese dance.

“It’s nourishment for my soul just to watch everybody dancing,” Mrs. Rudolph said.

“I know how hard the dancers train, and to portray they dance from the heart,” she said.

Among other unique features the performance also includes digital backdrops which are used to “complement and synchronize all aspects of the performance: the characters, color of the costumes, specific dance movements,” according to the company’s website.

For Mr. Rudolph, it was all in the visuals.

“Because of my art background, I love the color,” he said.

Since Shen Yun puts on a brand new production every year, it won’t be a surprise to see Mr. and Mrs. Rudolph at the Detroit Opera House next year.

“They are getting better each year,” Mr. Rudolph said.