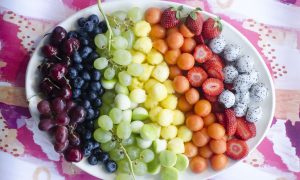 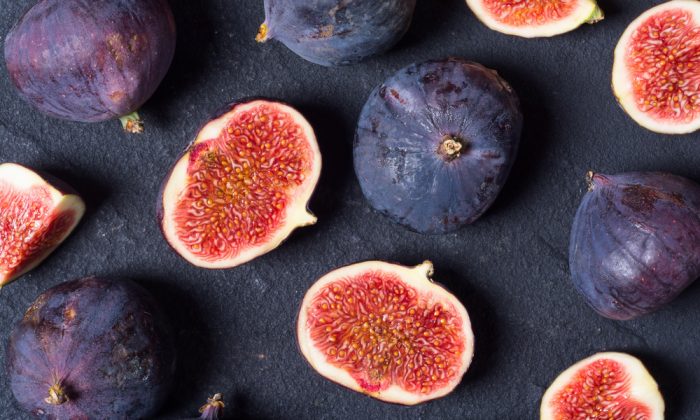 Fresh figs are a fleeting summer delicacy; pick, buy, and eat your fill before they're gone. (Shutterstock)
Food & Dining

Across the South in the summertime, generations-old fig trees burst with a bounty of soft, sweet fruit for the picking
By Belinda Hulin Crissman

My mother’s fig tree was a thing of wonder.

The sprawling backyard ficus began as a cutting from a mature, prolific tree that grew in my great-aunt’s yard in Carencro, Louisiana. Aunt Flo’s fig tree reliably produced abundant crops of the sweetest, most delicious figs anyone could imagine. She gifted Mom with a well-nurtured offshoot, and everyone hoped for the best.

Though Mom grew up on a farm, she was not a gifted gardener by any means. Her suburban New Orleans life focused on getting five kids to and from school, scouts, sports, and church, all well-fed and properly attired. She carried the mantle of best cook in our extended family, but if any home-grown produce ended up on our plates, it was purely happenstance.

Mom believed plants should heal themselves. Luckily, the fig tree did just that. Where other crops withered, the fig rooted itself in the middle of the yard, soaked up the hot Louisiana sun, and simply thrived.

At one point, the backyard fig was so wide and deep that no fewer than three other trees and a few mulberry shrubs huddled among its branches. My father and siblings (not fig lovers) spun yarns about the tiny Whoville-like civilizations that lived under the tree, while my mother and I collected and feasted on fresh figs, then preserved those that were leftover for winter treats.

In that, we were like many hundreds of families in Louisiana—and across the southern United States—who enjoy a seasonal bounty from trees with generational ties. During summer fig season, there was always someone in the family or on the block with a fig tree and a sharing spirit. There were fig cakes, fig cookies, fig preserves, and fresh figs by the bowl. It wasn’t until I moved away from the South for a time that I realized how blessed I’d been.

Fig trees come in hundreds of different varieties, and of those, many produce edible fruit.

Our tree, like most older trees in Louisiana, was a Celeste—a variety that bears small, closed, sweet, aromatic purple figs. In neighboring Texas, backyard trees were more likely to be of the Brown Turkey variety, which is similar to Celeste, but with slightly larger fruit. Both Celeste and Brown Turkey trees can be found from Mississippi to Georgia, along with various hybrids developed by state land-grant colleges.

Deep South varieties must like the sun and be able to withstand humid and rainy days. California, a state with long-established fig cultivation, favors Mission fig trees, which produce large, dark, and richly flavored fruit, but are much less rain-tolerant.

In warm climates, fig trees tend to be resilient, making them a source of pleasure and sustenance for many households. Figs—which are actually an enclosed flower, and not a fruit—must ripen completely on the tree, which makes them a very tricky commercial crop.

Ripe figs have a short shelf life, and as a result can be somewhat pricey retail fare. These days, however, you can find them in major supermarkets and specialty groceries during the summer months, and they are worth the splurge.

Look for plump and richly colored figs. Skins can be a bit scarred or stretched, but there should be no obvious leaking fluid. Figs that feel firm to the touch, or have a milky substance oozing from stems, are not ripe and should be avoided. Ripe figs should be refrigerated and used within a couple of days of purchase.

Black Mission and Brown Turkey fig varieties show up fresh most often, and for those of you who have heard that all figs have a dead fig wasp inside, please relax. Black Mission, Brown Turkey, Celeste and a number of other popular varieties are self-pollinating fig trees, which do not require the services of the fig wasp in order to produce fruit. In fact, the popular backyard Celeste fig variety grows in places where there are no fig wasps. So, don’t let that image trouble you one bit.

My mother’s fig tree had to be cut almost to the ground after Hurricane Katrina flooded the area and made the backyard a tangle of debris and dangerous, dead branches. But true to its hardy nature, the tree came back. From trunks cut flush with the ground, the tree and its offshoots sent up one branch and then another, and before long there were figs to gather and share.

Mom is no longer with us, but on my next visit home, I plan to grab a stem from her tree to create my own backyard bounty. I can already smell the sweet, heady fragrance of those ripe beauties.

The Eternal Fig: A Taste of History

Although figs have been part of the southern and southwestern American landscape for centuries, fruit-bearing figs are not native to our continent.

Wild figs originated in Asia Minor, then spread across the eastern Mediterranean. Evidence suggests the noble fig has been cultivated at least since the Neolithic era.

American and Israeli archeologists found 11,000-year-old dried figs at a Neolithic village site in the Jordan Valley, and Sumerian tablets from 4,500 years ago discuss cooking with figs. Fig syrup was a popular sweetener in ancient Egypt, and figs were among the foliage growing in the hanging gardens of Babylon.

The Greeks are credited with introducing figs to the Romans, where naturalist Pliny the Elder credited the Spanish island of Ibiza with cultivating the finest figs.

Once figs became established throughout the Mediterranean, they became a mainstay on trade routes, spreading to the Far East, India, France, and Britain. Spanish missionaries brought figs to North America, specifically to California (hence the name Mission figs) and to Texas and Florida. Varieties that could withstand cold snaps and rain were carried by settlers from Texas and Florida across the South.

If you have access to fresh figs, via a neighbor’s tree or your very own, or if you happen upon a few pints at a farmers market or supermarket, you may be tempted to simply eat them all out of hand, unadorned. If you can stop yourself before getting to the bottom of the bowl, here are a few recipes to consider.

Rinse, trim, and halve the figs. Arrange in a shallow salad bowl or on a plate and distribute mozzarella pearls evenly. Top with pecans and basil ribbons.

Whisk together vinegar and olive oil. Drizzle to taste over salad and serve immediately.

Note: No need to worry if you don’t have flavored oil and vinegar on hand. Any good-quality fruity vinaigrette will do. Also, sugar-glazed pecans or toasted pecans can be used in place of pecan pieces.

In a deep saucepan over medium-high heat, melt the butter. Add the onion and saute until soft, but not browned.

Add apple juice and wine. Bring to a boil and cook for 3 minutes. Then reduce heat to medium-low. Add figs and simmer 15 to 20 minutes, or until figs are very soft, stirring occasionally. Remove from heat and stir in balsamic vinegar.

Using a potato masher, mash figs in the cooking liquid to make a thick sauce. Sprinkle with fresh rosemary and add salt and pepper to taste.

Preheat oven to 350 degrees F. Place pound cake cubes on a baking sheet and drizzle with melted butter. Bake just until cubes are lightly toasted, about 10 minutes. Set aside to cool.

Make the mascarpone cream: In a mixing bowl, combine mascarpone with a 1/2 cup of the sugar and the rum or juice. Beat with an electric mixer until ingredients are smooth and well blended.

Combine egg yolks and remaining sugar in the top of a double boiler. Place over simmering water and beat until yolks are thick and fluffy. Remove from heat and beat in the mascarpone mixture. Set aside to cool.

In another bowl, combine the whipping cream and vanilla and whip until soft peaks form. Fold the whipped cream into the cooled mascarpone mixture.

Assemble the parfait: In a large glass trifle bowl (or any tall glass bowl), layer pound cake cubes, mascarpone cream mixture, and figs, ending with a layer of cream. Garnish with a sprinkle of cinnamon. Chill for at least two hours, then serve in glass bowls.

Note: If you don’t have time to make mascarpone cream, just substitute six cups of good-quality vanilla pudding with two cups of whipped cream or whipped topping folded in.

Cream butter and sugar together with a mixer. Add eggs, one at a time, beating well after each addition. Add the milk.

With the mixer on low, slowly add the flour, beating until well blended. Add the baking soda and vanilla. Spoon in the fig preserves and beat just until blended.

Pour into a well-buttered 9 x 12-inch baking dish. Bake at 350 degrees F for 50 minutes to an hour. Serve warm with whipped cream.

Reprinted with permission from “Roux Memories: A Cajun-Creole Love Story with Recipes” by Belinda Hulin. Published by Lyons Press.