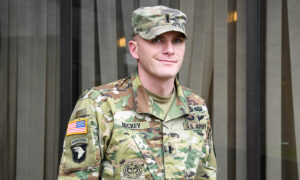 Once-Homeless Orphan Lived in His Car as a Teen, but Joining the Army Changed His Life Forever
0
Share Now
TelegramFacebookTweetEmailTellMeWeReddit
Copy Link 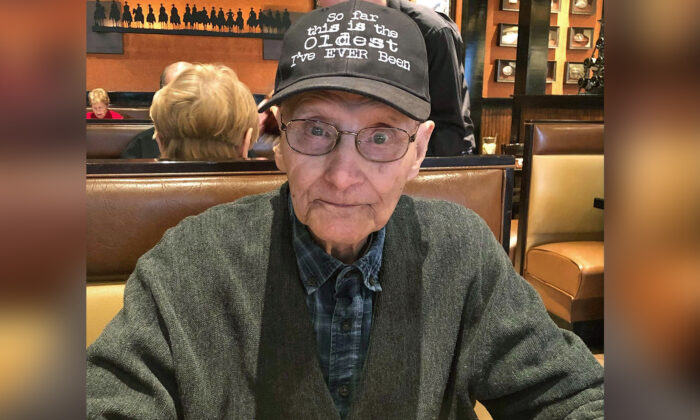 A family-run restaurant in Ohio has found the perfect way to honor their favorite customer on his milestone birthday. The restaurant is gifting its loyal patron, a U.S. Army veteran, 100 meals when he turns 100 years of age at the end of this month.

Ben & Joy’s Restaurant in Mount Sterling launched a campaign, “100 Meals for Howard,” inviting friends, family, and the local community to purchase a meal that averages up to $9 for the veteran, Howard Shumate. As the eatery has already reached its 100 meals target, people have now begun to send cards and notes to make him feel appreciated on his birthday, March 28.

Owner Cyndi Compton believes Shumate has been a customer since her parents, Ben and Joy, first opened the restaurant in 1984.

“[H]e just lives right outside of town,” Compton told WCMH. “You’ll see his smile, he is so happy, he is friendly, he is funny. He typically gets the same thing every day: his hot sauce and onions.”

Shumate says he has been to Ben & Joy’s “pretty regular” ever since his wife passed away in February 2018, adding, “Every day’s the same: bacon and eggs.”

Compton and her servers are always ready to greet Shumate with his usual beverages–coffee and water–after spotting his familiar vehicle pulling up to the restaurant. Still active as he approaches 100, Shumate drives himself to Ben & Joy’s almost every day.

A Madison County native and one of eight siblings, Shumate, who was born in 1921, lived and worked on a farm most of his life, besides dedicating three years of service to the U.S. Army. He was stationed at San Antonio, Texas, deploying to New Orleans, Australia, and the Philippines, reported the Madison Messenger. He also worked as a cook and had innumerable stories to share.

Currently, the to-be-centenarian loves to mow his yard and watch the Cincinnati Reds.

His granddaughter, Karen Bowers, told The Epoch Times via Facebook messenger: “He is a great man. Always does for others and never asks for anything in return.”

Supporting the community’s desire to honor Shumate with a thoughtful gift on his 100th birthday, Bowers commissioned an article in the local press to mention the 100 Meals for Howard campaign.

“[T]hey wanted to do 100 days, and that filled up pretty quick,” Compton told WCMH.

The veteran’s favorite meal will be on the house for the foreseeable future.

Compton is also planning a cake and balloons to mark the celebration.

“I think it’s great, I appreciate it,” said Shumate, alluding to his 100th birthday. “Comes once in a lifetime!”