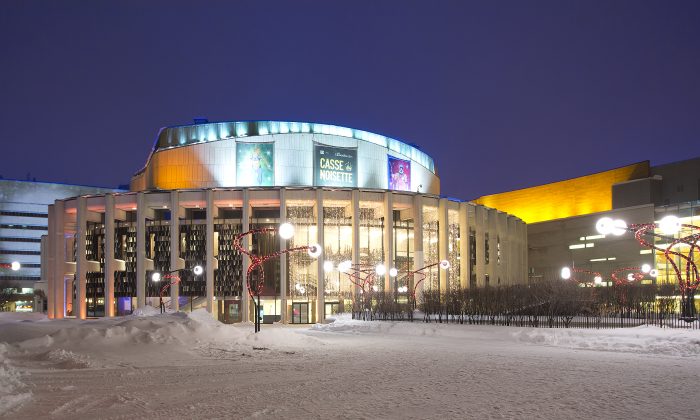 MONTREAL, Canada—The restaurant power duo of Chris-Ann Nakis and her father Paul Nakis is well known in Montreal. Many have feasted at their popular Montreal restaurants, including Baton Rouge and Schwartz’s deli. On Thursday, they were the ones feasting—on the sights and sounds of Shen Yun Performing Arts.

“I think this is lovely, I think it’s cultural, it’s beautiful, the costumes were lovely, the colour, everything and the artistry, very, very good,” said Ms. Nakis.

Shen Yun is the world’s premier classical Chinese dance company, performing an art passed down and enriched for thousands of years in China before the rise of the Chinese Communist Party and its various campaigns to destroy traditional Chinese culture.

On Wednesday, one of Shen Yun’s four touring companies, International Company, began a six-performance run at Place des Arts. The father and daughter came for the second performance.

Mr. Nakis has been in the restaurant business a long time. His partners include super star Celine Dion and her husband Rene Angelil. The restaurant group they started once owned the Baton Rouge chain and continues to own the legendary Schwartz’s deli. They have also created several restaurant chains including Nickels Grill & Bar, Vinnie Gambini’s Ristorante & Bar, Roasters Rotisserie & Bar, among others.

Ms. Nakis, who currently owns two Baton Rouge restaurants, said it was her first time to see Shen Yun and the music and dance had made her very happy.

She would see it again next year and recommend it to friends, she said.

“It’s very entertaining, it’s nice to see things from other parts of the world, it’s very educational,” he said.

The performance was something all ages could enjoy, he added.

“I think they were all beautiful, and it’s all new to me, so they were all a very nice experience,” he said of the dance pieces that included story-based dances based on Chinese myths and legends.