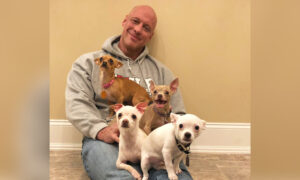 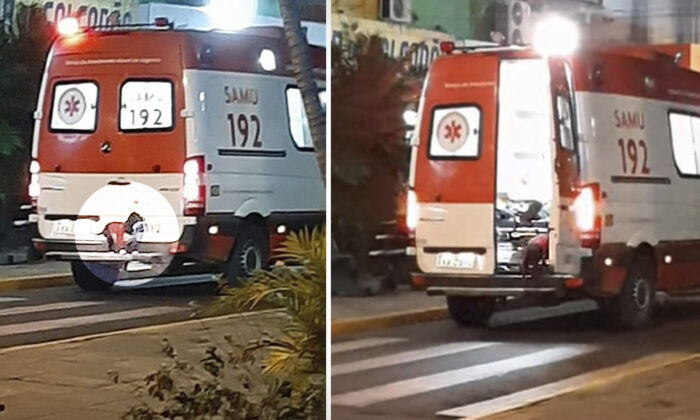 It isn’t hard to imagine that someone would want to ride in the ambulance with a loved one during a medical emergency. Humans do it all the time.

Yet, that’s exactly what driver Anderson Bahi witnessed one night as he was driving down the street.

“I was passing in my car when I saw an ambulance stopped on the other side of the road,” Bahi told The Dodo.

First responders had just loaded a man into the ambulance. The man had collapsed while out walking his dog.

As the ambulance was about to drive away, an astonished Bahi watched the man’s small dog jump onto the rear bumper of the ambulance.

Unable to intervene, Bahi instead snapped a photo, which he later shared on social media.

“The puppy wanted to go in the ambulance with his owner,” the caption read.

Bahi later told The Dodo, “The love this dog has for her owner is something very special. A faithful love.”

Fortunately, the ambulance didn’t take off with the puppy sitting on the bumper. They noticed that she’d taken up a perch behind the doors and let her inside so she could sit by her owner’s side for the duration of the ride.

The sweet puppy even waited patiently outside the hospital doors as her owner was taken inside and treated. Eventually, Maria Lúcia Muniz, a local animal rescuer who lives nearby, offered to take the puppy in for the night.

“It was very emotional,” Muniz said.

“How beautiful, they let her in [the ambulance],” one user wrote.

“Their unconditional love is amazing,” said another.

But Muniz is just grateful that the owner recovered quickly and the pair were able to be reunited.

“Thank God,” she said, “the owner was only hospitalized for 45 minutes. His family arrived to take him and his dog home.”