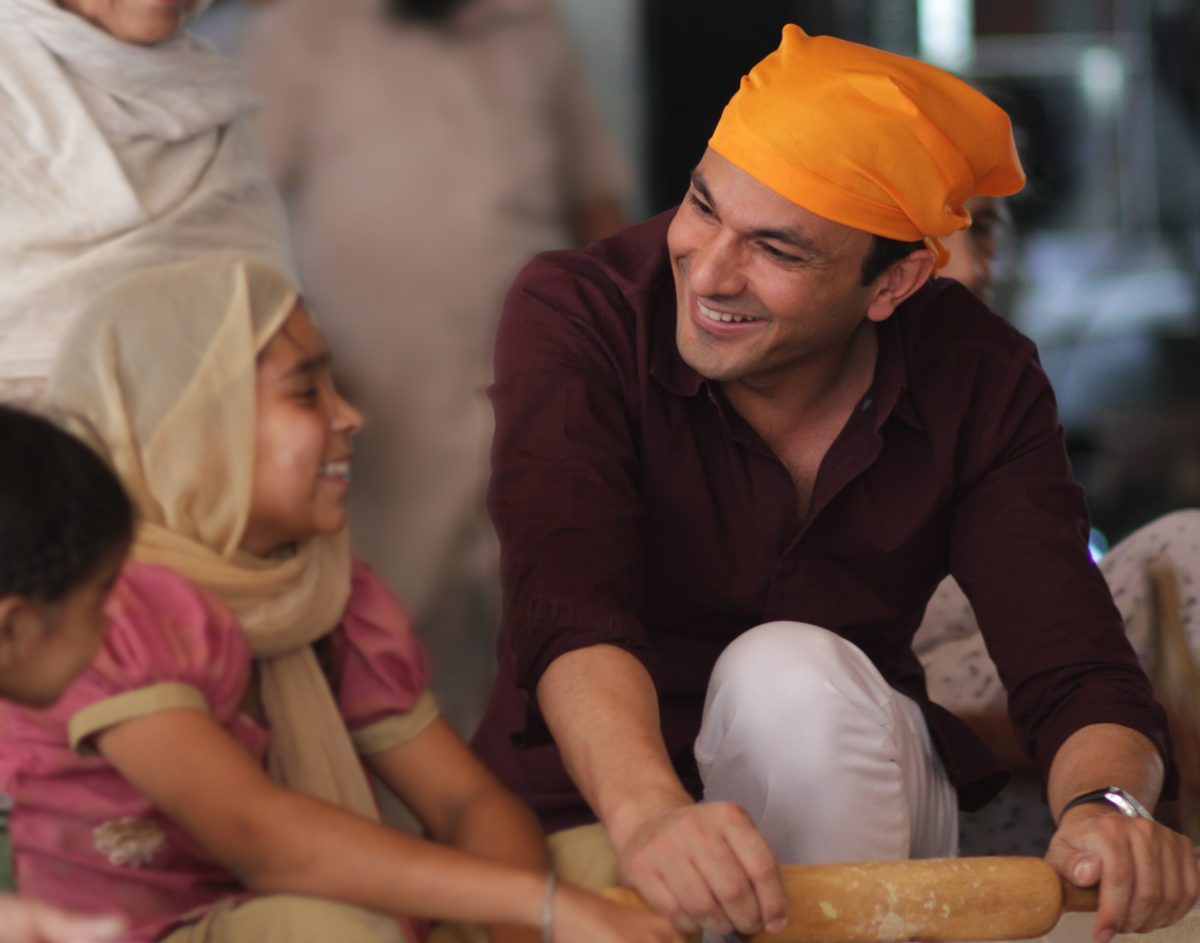 Faith, Ritual, and Food in India

In the paradox that is life, sometimes the further you get from home, the closer you feel to it.

“I always say I fell in love with India when I came to America,” said Vikas Khanna, executive chef of Michelin-starred Junoon. “For every immigrant who comes to America, there’s a thread, an umbilical cord. That is the cord which connects us back home.”

Khanna is from Amritsar, north India, the home of the Sikh Golden Temple—a complex of gold and marble, its reflection shimmering on the water.

The temple has a langar, or community kitchen, possibly the largest the world, which feeds an average of 75,000 people a day, and almost twice that on festival days.

Anyone—from devotee to tourist—can eat a vegetarian meal there for free, sitting side by side regardless of economic class or caste.

Khanna is not Sikh but the langar was part of his everyday life growing up. When he was young, he would go there with his grandmother to roll bread and share a meal. “The meaning of langar changes every day as you grow older,” he said. “Initially because your elders go, you go. When you get a little older, you’re young, you go there to date, literally. You are finding beautiful girls.”

At 30, Khanna immigrated to the United States. He arrived in New York City during the winter, cold and broke. But he chanced upon an echo of the langar back home that gave him a sense of instant connection: the soup kitchen at the New York Rescue Mission. It was his first Christmas in America.

His experience of the langar stayed with him, especially in the aftermath of 9/11, when Sikhs in Queens and elsewhere in the United States became victims of hate crimes. He was at a loss.

“These are the people who have taught me who I am,” he said. He would stand with a poster by the World Trade Center site, during his afternoon break, to try to explain who Sikhs are.

As time went by, his idea grew into a documentary series, “Holy Kitchens,” where he explores the relationship between food and religion across different faiths.

The first documentary is about langars, in Amritsar and abroad.

When he returned to Amritsar, he found new meanings, even in the way food was being served. To be served, one can’t reach up for bread with one hand for example, but rather must hold both hands, waiting to be served. “The person who serves you has to bend down, too. So the giver and receiver show a form of humility,” he said.

Khanna said he was afflicted with “Oprah syndrome of asking people questions.”

Someone then caught his attention. “There was an elderly woman who had a very distinct face, so tender, such tender eyes—the beauty is extreme—so forgiving.” He said to her, “I’ve seen you as a child here—what inspires you to come here from morning to night?”

So I asked her, ‘What inspires you?’ She holds my hand and says, ‘You know, I lost my son during the 1971 war [between India and Pakistan]. I sacrificed my son, so I come here to feed him.’

She said, ‘You know I lost him about 30–35 years ago. I just come here because if I feed somebody’s son, I’m feeding my own son wherever he’ll be … I come here, morning to night, and I’ll cook for him ’til the day I die.’

She then asked Khanna how old he was. “I said I was born during the 1971 war. She said, ‘See, you’re my son.’ No pain, no regrets, no playing a game with God, why was I given more sorrow than anyone, no questions.”

With Khanna’s recent cookbook, “Return to the Rivers,” behind him (it was nominated this year for a James Beard Award), he is working on another, about the festivals of India.

Food features in the ritual space in a way that is so ingrained it is unquestioned: the way that women who get married put turmeric on their bodies, or how a bride throws rice back at her house (or banquet hall, as the case may be). And yet there’s meaning behind all these gestures.

Khanna feels the changes both in India and throughout the Indian diaspora.

“We are changing, evolving. At the same time, we’re leaving something behind … It’s crucial not to lose the roots. Roots should not go away, roots define us. They’re an invisible part of a tree, life only comes from roots. The smallest and the simplest things which give us center—it’s fantastic.”

There’s a festival called rakhi, where sisters tie a thread around their brothers’ wrist, as well as put vermilion, saffron, and rice on their brother’s foreheads. “My sister’s younger than me and she was my protector also,” he said.

He would bow before her, and her promise to him was that she would protect him forever. “It didn’t make sense to me for years.”

But he thinks back at how that ritual provided him a lifeline over the years.

“When I was falling apart, I was weak or lost. Like, OK, wow I have a thread, it will keep me going.”