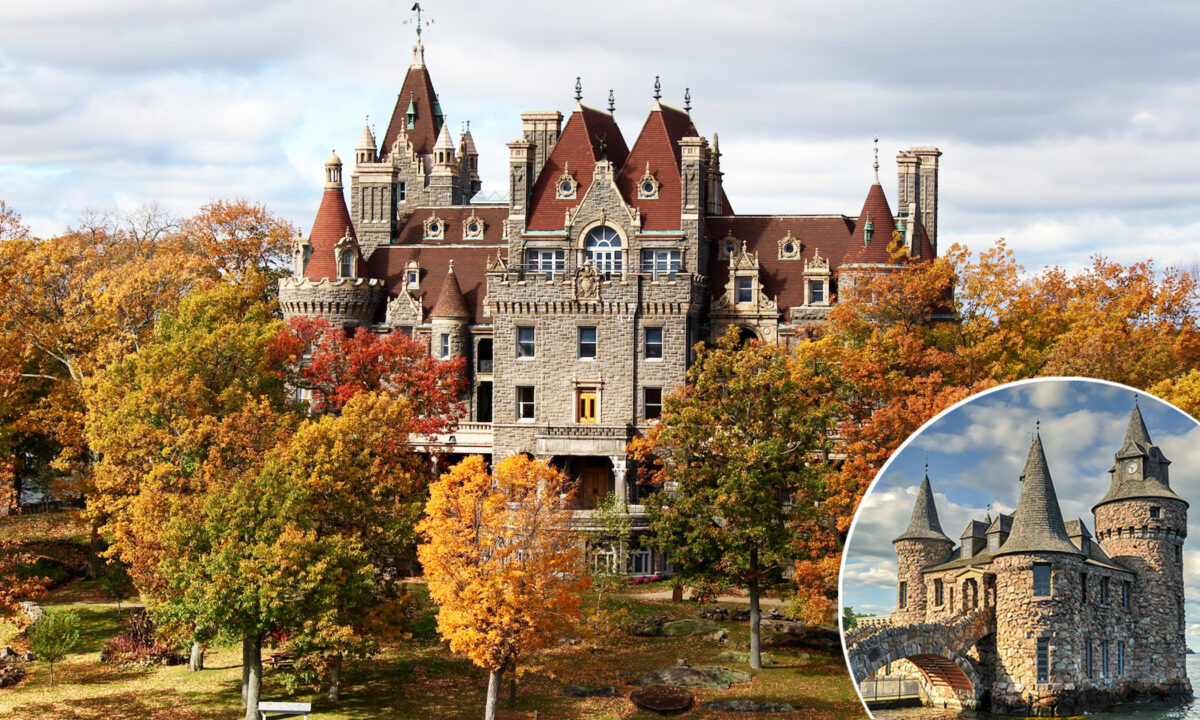 The story of a stunning castle, lovingly built in 1900 by an American hotelier for his wife, ended in heartbreak when the wife died suddenly at age 43. The project was abandoned, and the castle stood empty for seven decades.

Boldt Castle is the jewel in the crown of Heart Island, a five-acre private island among the Thousand Islands in the Saint Lawrence River near Alexandria Bay, New York. But its fairytale facade and 120 grand rooms across six stories have never housed the family it was built for.

He launched the castle build in 1900 with 300 workers on site as the ultimate gesture of love for his wife, his comrade and constant support, according to BoldtCastle.com. The castle was intended as a Valentine’s Day gift for Louise, as a place where the family could spend long, relaxing summer breaks together away from the chaos of the city.

The castle build was on schedule to be completed on the Boldts’ wedding anniversary, June 14, 1904, but came to a sudden halt just five months prior when Louise passed away on Jan. 7, cause unknown. George sent a message to Heart Island, according to Uncle Sam Boat Tours: “Stop all work, Louise has died.”

The heartbroken hotelier could not face going back to the island, returning only to his family’s summer house on neighboring Wellesley Island. Boldt Castle was left to fall into ruin for 73 years.

George grew up around castles. As such, his grand Gilded Age design for Boldt Castle reflected the European grandeur of his youth. The entryway and staircase showcased Italian Carrara marble floors, a stained glass skylight, and oak millwork. An elegant reception room led to a ballroom, with curved ceilings specifically designed to amplify live music.

The castle housed a whimsical library with carvings of beloved fairytale characters in the woodwork and discreet service tunnels beneath all adjoining rooms to ensure servants remained out of view. George also included a billiard room for his own pleasure.

Besides the main castle, the hotelier had five additional buildings constructed: the Alster Tower “playhouse” replete with a theater and bowling alley, a Medieval-style “power house” for two steam engine generators, a dovecote, an entryway arch, and a gazebo. He even had Heart Island itself—originally Hart Island—sculpted into the shape of a heart as seen from above.

A beloved philanthropist by the time of his passing, George died in 1916 while staying in his suite at the Waldorf. Boldt Castle was purchased by Edward Noble, president of the Life Savers candy company, in the 1920s and Noble briefly opened the site for tours.

But over the years, the castle gradually deteriorated and by the 1970s it was in a state of dilapidation, left vulnerable to vandals and inclement weather, with only occasional visits from curious tourists.

The late hotelier’s abandoned legacy was given a new lease on life by the Thousand Islands Bridge Authority, who took Boldt Castle under its wing with no money exchanged and launched a major restoration project in 1977.

Today, the castle has been lovingly restored beyond recognition, and runs as a nonprofit tourist attraction and wedding venue through the summer months, in homage to a love story and a stunning structure that deserves its moment in the spotlight.