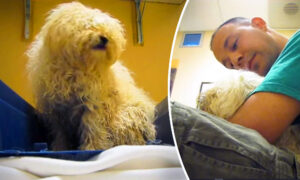 Terrified Dog Knows It's About to Be Euthanized, Until Rescuer Intervenes and Starts Recording
0 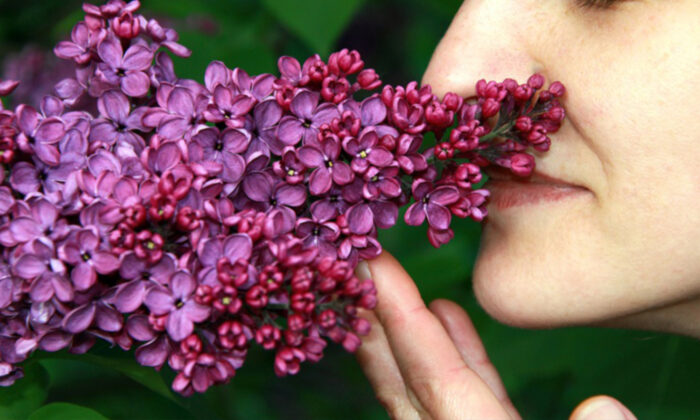 Experts Warn: Loss of Smell or Taste Alone Could Indicate a ‘Silent Spreader’ of CCP Virus

A sudden loss of smell or taste could indicate a “silent spreader” of the CCP (Chinese Communist Party) virus. British experts are suggesting that anybody who experiences a loss of smell or taste, but is otherwise asymptomatic, should consider themselves potential carriers of the virus and take the necessary precautions.

In a joint statement, the president of the British Rhinological Society, professor Claire Hopkins, and the president of the British Association of Otorhinolaryngology, professor Nirmal Kumar, explained, “In South Korea, where testing has been more widespread, 30 percent of patients testing positive have had anosmia [a sudden loss of smell] as their major presenting symptom in otherwise mild cases.”

In their statement, professors Hopkins and Kumar cited a “significant increase” in the number of patients with loss of smell and taste and no other symptoms, with reports coming from Iran, the United States, France, and Northern Italy.

The experts feared that the lack of additional symptoms may result in these “silent spreaders” being overlooked and contributing to the rapid spreading of the virus.

“We really want to raise awareness that this is a sign of infection and that anyone who develops loss of sense of smell should self-isolate,” Hopkins wrote in an email to The New York Times. “It could contribute to slowing transmission and save lives.”

Rudy Gobert, the first NBA player to test positive for the CCP virus, brought the “silent symptoms” into the public eye by tweeting on March 22, 2020, “Just to give you guys an update, loss of smell and taste is definitely one of the symptoms, haven’t been able to smell anything for the last 4 days.”

Andrew Berry, a tattoo artist based out of Orlando, Florida, also described losing his sense of taste and smell alongside a fever, body aches, a sore throat, and headaches. “Even with a clear nose, I just realized I couldn’t smell the food that I was cooking,” Berry said, as per The New York Times, “and I couldn’t taste the food that I was making.”

As of March 25, Berry is awaiting the result of his virus test; his physician, Berry said, is convinced that he has contracted the virus.

As per the American Academy of Otolaryngology (AAO), anosmia (and to a lesser extent ageusia, an accompanying loss of the taste functions of the tongue) has been seen in numerous patients that test positive for the CCP virus with no additional symptoms. As such, the AAO is proposing that these symptoms be added to the list of screening tools for potential infections.

However, Dr. Isaac Bogoch, an infectious disease specialist at Toronto General Hospital, remains skeptical of using loss of smell and taste as a diagnostic tool. “It’s a common symptom in many infections,” he explained, as per Global News. “If people truly have no other symptoms at all, I don’t think it would be wise to start rushing to testing centers.”

Dr. Eric Holbrook, an expert on nasal and sinus disease at the Massachusetts Eye and Ear hospital in Boston, explained to The Mercury News that he, among others, is trying to set up a study of smell among patients being tested for the CCP virus at Boston-area hospitals. The study will contribute to the growing body of research in this area.

In the meantime, the CDC continues to recommend social distancing and regular hand-washing with soap and water as the best preventative measures in our collective arsenal.