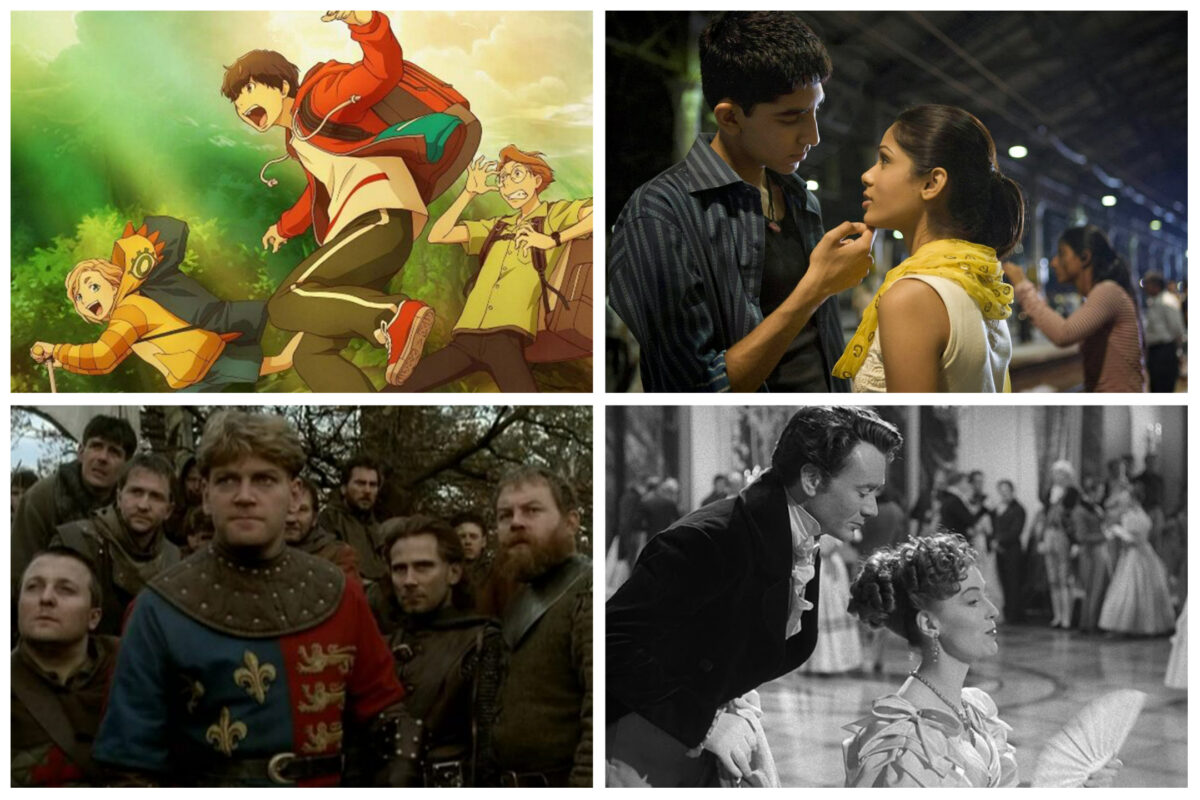 This week, we feature a touching coming-of-age animated film, as well as a superb book-to-film adaptation of a classic Charles Dickens tale.

A trio of friends, who call themselves the “Don Glees,” are social outcasts who have formed a tight bond. But when the three set off on their summer vacation and disaster strikes, sparks fly and tensions arise between them. Soon, they realize that they are growing into very different people.

There’s no time more exhilarating yet poignant than the end of youth, and this Japanese anime film illustrates that perfectly. It’s a warm, emotional experience that features lovely animation, good dialogue, and voice talent. Bring tissues.

Jamal Malik (Dev Patel) is an orphan from the slums of Mumbai, India. While he earns an honest living, his brother Salim lives a life of crime. Eventually, Jamal gets a shot at making it big by answering questions on the Indian version of “Who Wants to Be a Millionaire?” and reuniting with his long-lost love.

This is a briskly paced, deeply moving, romantic, and culturally insightful film about choosing the moral high ground in one’s life, despite enormous setbacks. Just be advised that there is also some violence, so parents beware.

A Tour de Force Portrayal of a Great English King

When Henry V of England (Kenneth Branagh) is slighted by one of the sons of King Charles VI of France, Henry decides to lead his army into war against the French. However, self-doubt plagues the English king during this would-be conquest.

Based on Shakespeare’s play, this compelling tale displays a wide variety of emotions. Each scene is well-crafted and the movie never falls into the trap of melodrama. The final Battle of Agincourt is especially memorable, as are many of the superb performances.

An Exquisite Adaptation of a Charles Dickens Tale

‘Great Expectations’
Young and poor Pip (Tony Wager) is invited into a rich home to keep a beautiful girl (Jean Simmons) company. Years later, a mysterious benefactor makes him a gentleman, but he discovers that all is not what it seems.

Watching a Charles Dickens’s tale helmed by one of the greatest directors to take the chair, David Lean, is exquisite. A true must-see, cinematic masterpiece.