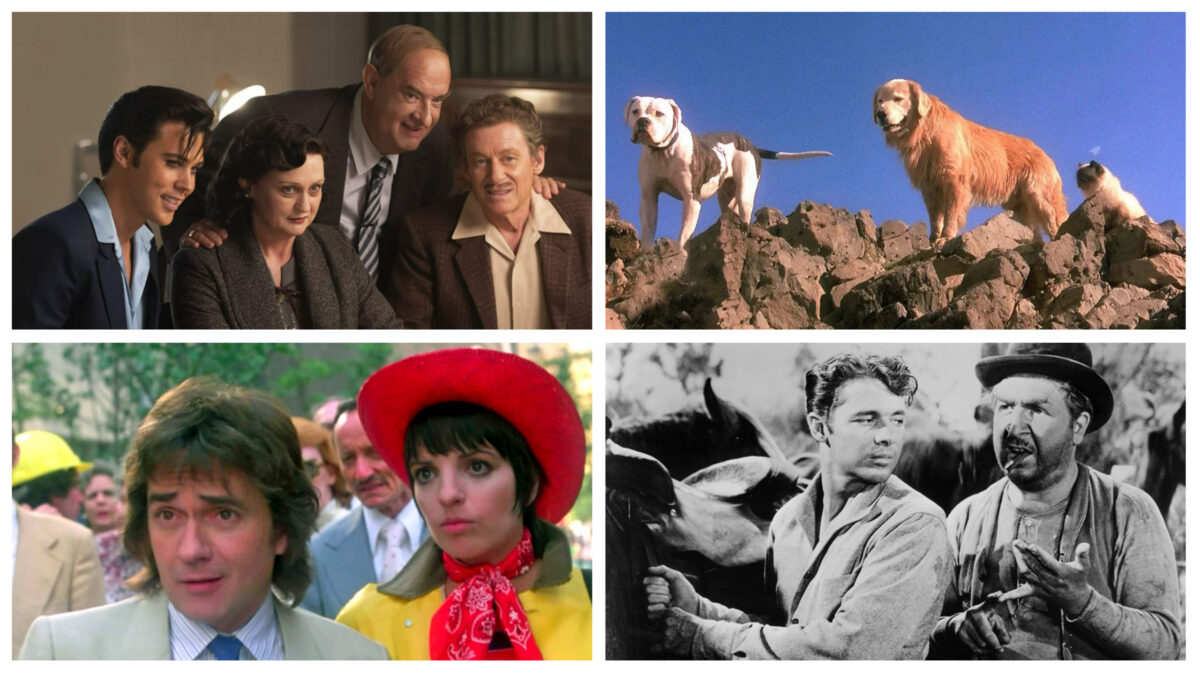 Epoch Watchlist: What to Watch for June 24–30

This week, we look at a touching adventure about a trio of pets journeying home and a dramatic biography about the King of Rock ‘n’ Roll.

Austin Butler stars as the King of Rock ‘n’ Roll, Elvis Presley. The film follows him from his childhood in Mississippi and Tennessee to his meteoric rise to fame as a rock ‘n’ roll star and later as an actor. It also details his relationships with manager “Colonel” Tom Parker (Tom Hanks) and Priscilla Presley (Olivia DeJonge).

Butler seems to have effectively channeled the musician through his life’s journey. With outstanding dance routines, music, and riveting drama, this highly entertaining film sizzles with energy.

Three loving pets—a sassy Himalayan cat, a sage elderly golden retriever, and a goofy young bulldog (the voices of Sally Field, Don Ameche, and Michael J. Fox, respectively)—are left in the care of their owners’ friends. Worried about their owners, the trio set out on a long adventure through rugged terrain to journey home.

With some incredible cinematography and great voice work, this feel-good romp is sure to lift spirits. It’s an unforgettable tale of determination and devotion that will bring easy tears to your eyes.

Arthur Bach (Dudley Moore) is a wealthy drunk and playboy whose inheritance depends on his marrying a high society snob. Instead, he falls for Linda Marolla (Liza Minnelli), a struggling waitress. Thus, he must decide what’s more important: true love or wealth.

This film depicts a timeless scenario: a rich man who’s totally out of touch with what really matters in life. However, its uniqueness comes not only from its hilarious scenes, but also from touching performances by its outstanding cast.

A Gunman Turns His Life Around

Gunslinger Reb Kittredge (war-hero Audie Murphy) is hired by an evil land-grabber to run a cattleman off his own land. Instead, Kittredge has a change of heart and defends the rancher and his daughter.

This entertaining tale of a gunman who ends up fighting for the underdog has well-defined characters, brisk pacing, and impressive shootouts, along with a touch of romance.