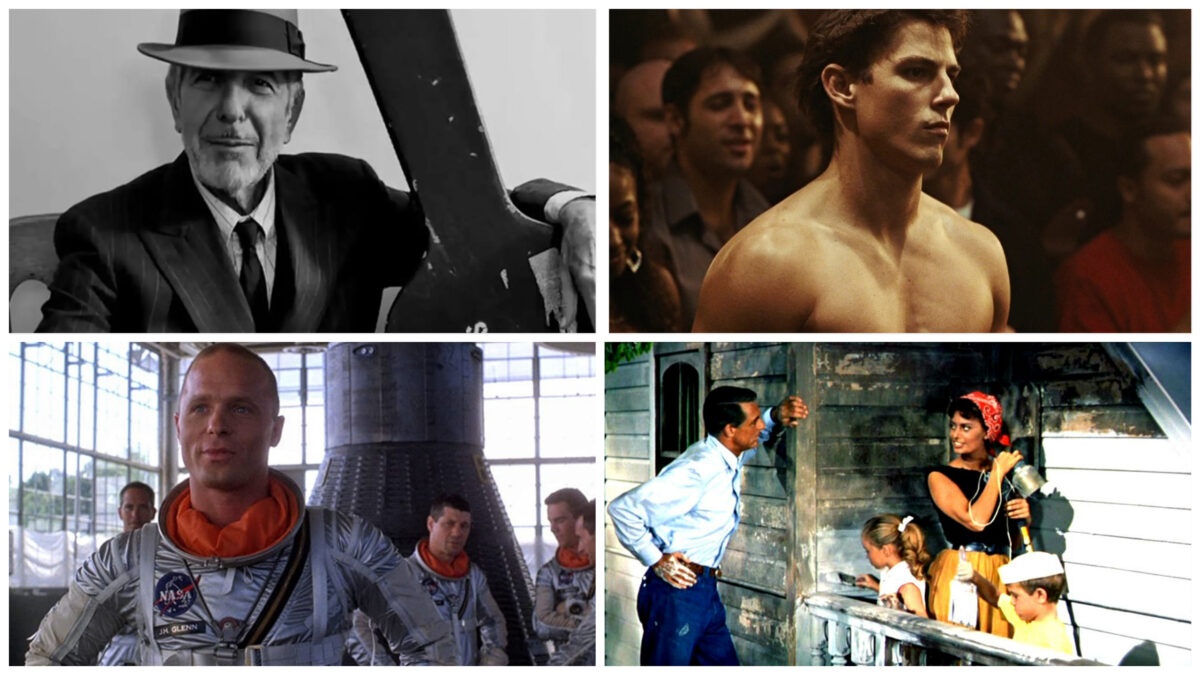 Epoch Watchlist: What to Watch for July 8–14

This week, we look at an excellent documentary about a singer-songwriter’s life, as well as an ’80s drama about the U.S. space program.

This documentary focuses on the incredible life journey of singer-songwriter Leonard Cohen, mainly through the lens of his international hit, the hymn “Hallelujah.” The film involves several themes, including the song’s initial rejection by a record label and subsequent rise to worldwide renown.

While there have been other documents that detail “spiritual seeker” Cohen’s life, this feels like the most definitive exploration of his remarkable life. It’s an exercise in solid filmmaking that never drifts into sentimentality.

Jake Tyler (Sean Faris) is a teen with some serious anger issues. As he struggles to deal with his volatile emotions, he gets lured into an underground mixed martial arts fight, where he tastes bitter defeat. However, Jake soon meets a mentor who may be able to steer him in the right direction.

At a thematic level, beneath the bawdy dialogue and brutal fight scenes, this film is about controlling one’s emotions, accountability for one’s actions, and making good moral decisions—all messages that are in short supply these days.

This film covers the early years of the U.S. space program as we follow the lives of the Mercury astronauts—such as John Glenn and Alan Shepard—and their families. It also shows the trials these men faced against the backdrop of great political upheaval.

This is perhaps the most in-depth narrative film about astronauts ever made. It’s filled not only with incredible heroism and tense drama, but also with a surprising amount of humor and heartfelt romance. It’s a winning formula that’s sure to please.

Tom Winters (Cary Grant) is a widower who’s trying to raise his three children to the best of his ability. Cinzia Zaccardi (Sophia Loren) enters his life as his new nanny, and sparks begin to fly.

Although formulaic, the film’s heartwarming story has a unique charm (and a neglected houseboat) that draws you in, as well as a powerhouse couple of actors in Grant and Loren.