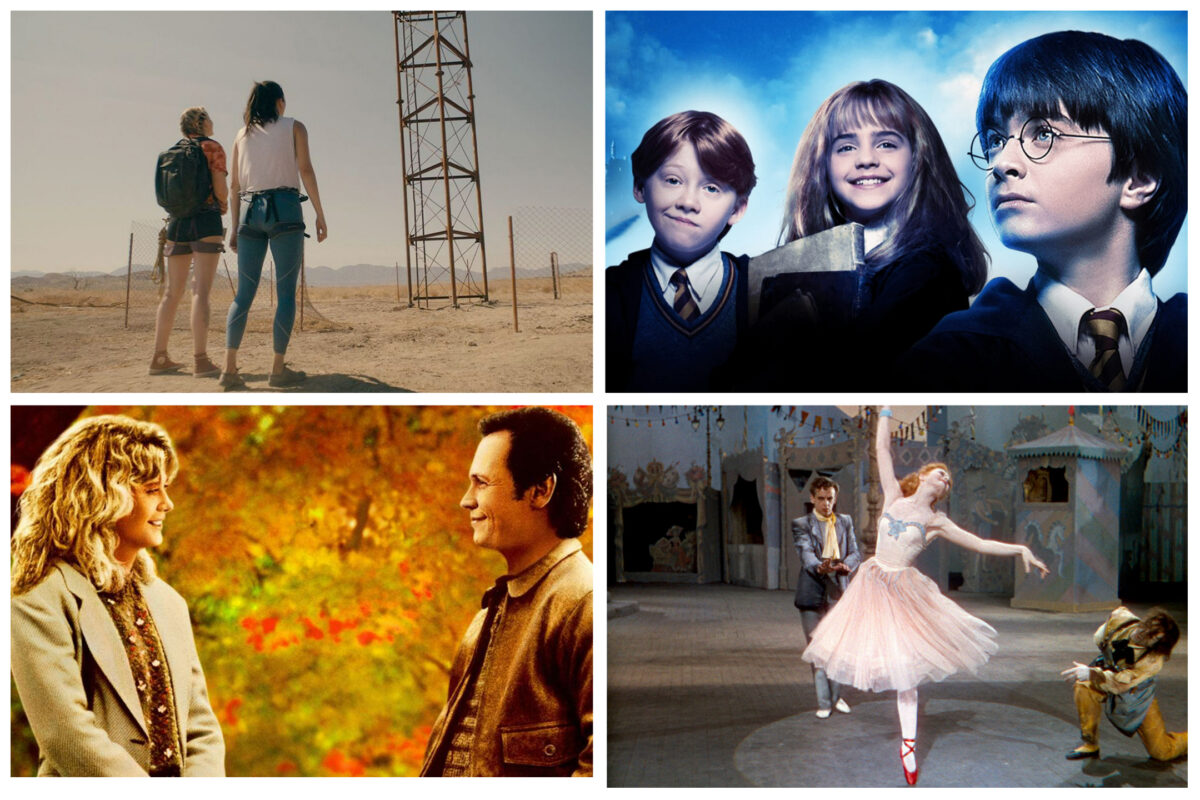 This week, we feature one of the funniest romantic comedies ever, and a classic in which a ballerina must decide between her art and love.

Becky (Grace Caroline Currey) and Hunter (Virginia Gardner) are good friends who enjoy the challenge of rock climbing. To help Becky overcome a rock-climbing tragedy, the pair embark on the most extreme challenge yet. They scale a 2,000-foot-tall abandoned radio tower but soon find themselves stranded.

While the photography gives a real sense of being trapped at a dreadful height, the rapid-fire valley girl dialect makes much of the film’s dialogue unintelligible. For a thrill, however, it offers decent summer entertainment.

‘Harry Potter and the Sorcerer’s Stone’

In this first adaptation of J.K. Rowling’s immensely popular novels, a young orphan named Harry Potter (Daniel Radcliffe) discovers that he has unique magical powers. At an English boarding school called Hogwarts, he befriends several other young would-be wizards who help him to discover his past.

Without spoiling the story, I’ll say that director Chris Columbus churns out a powerful combination of riveting drama, creativity, and suspense that will leave a lasting impression upon audiences. It’s a must-see film for all ages.

One of the Best Romantic Comedies

College graduates Harry Burns (Billy Crystal) and Sally Albright (Meg Ryan) share a ride from Chicago to New York and discuss whether men and women can be strictly platonic friends. A decade later, they meet again in a bookstore and their friendship grows. Then sparks fly.

If you’re a fan of romantic comedies, you should see this Nora Ephron-Rob Reiner project. Even if you’re not, this superb comedy has great direction, acting, and believable chemistry between its co-stars, as well as a fantastic score.

A Masterpiece of Filmmaking

When an up-and-coming ballerina begins to fall for a young composer, she must choose to dedicate herself to either her craft or a chance for romance.

Although this film focuses on the lives of a ballerina, a composer, and a genius who manipulates both of them, the sumptuous photography, score, and brilliant acting elevates this romantic drama far beyond a mere soap opera.