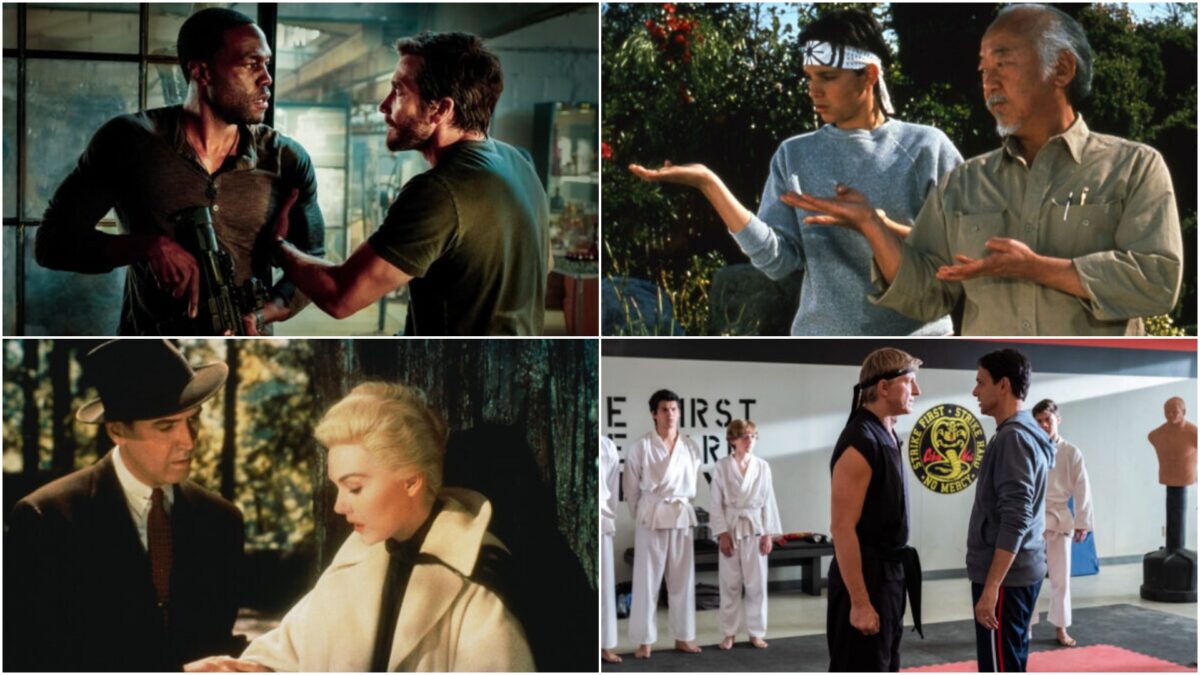 Epoch Watchlist: What to Watch for April 8–14

This week, we look at a movie and a TV series based on martial arts, and a mystery that confirmed director Alfred Hitchcock’s mastery of filmmaking.

Military Vet Will Sharp (Yahya Abdul-Mateen II) needs money for his wife’s surgery. He seeks help from his adoptive brother Dan (Jake Gyllenhaal), a criminal who talks him into pulling a bank heist. But things soon take a turn for the worse.

This actioner is a bit too long and mainly consists of Michael Bay’s signature explosions and chase scenes, coupled with gratuitous shots of Gyllenhaal’s over-exaggerated manic expressions. People who dig mindless action with lots of jerky camerawork and choppy jump cuts may like this.

Teen Daniel LaRusso (Ralph Macchio) is new to Los Angeles and doesn’t quite fit in. Soon he becomes the target of bullying by vicious black belt karate student Johnny (William Zabka) and his equally vile cohorts. Eventually, a kind and humble karate master (Pat Morita) offers to train Daniel to defend himself against the gang.

One of the greatest underdog movies of all time, it will have you rooting for the protagonist. An incredibly earthy performance by Morita is the icing on the cake for this tale of friendship and honor.

It’s been 30 years since the dramatic showdown between Daniel (Ralph Macchio) and Johnny (William Zabka) at the All Valley Karate Tournament. Both men are now middle-aged and have taken different paths in life, but unusual circumstances pull them back into each other’s orbits.

Retired detective John Ferguson (James Stewart) becomes obsessed with a married woman: the stunning blond Madeleine Elster (Kim Novak). Her husband has hired Ferguson for an odd task that draws him into a tangled web of intrigue.

Novak is fantastic as a mysterious woman who Stewart’s character can’t quite figure out. It’s an expertly shot, haunting tale with twists and turns.