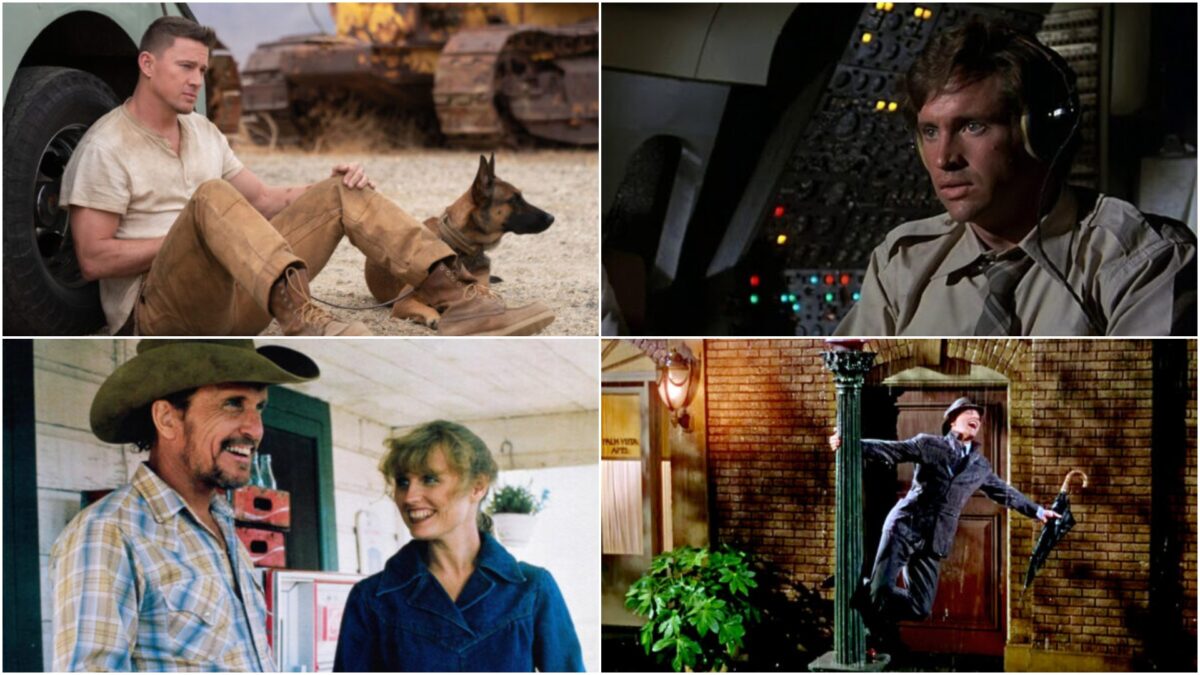 This week, we look at a touching buddy road movie as well as one of the most beloved American musicals to have graced the silver screen.

Channing Tatum stars as Briggs, a U.S. Army Ranger who has taken responsibility for his deceased commander’s warrior-trained dog, Lulu. Together, the duo must travel down the West Coast in order to make it in time to attend the funeral.

Tatum does a fantastic job, not only acting in this buddy road movie but also co-directing it. What initially seems like a hilarious comedy hits some dramatic (and even tear-worthy) notes as Briggs struggles to deal with his post-traumatic stress disorder, as well as honor his fallen comrade.

Mac Sledge (Robert Duval) is a country singer who never attained fame, partly because of his alcoholism. But when Mac meets younger widow Rosa Lee (Tess Harper) and her son (Allan Hubbard), they embark on a healing journey together.

This powerfully moving drama avoids sentimental Hollywood clichés because of its quiet, relaxed pacing, and the outstanding performances by its talented cast. This is an ultimately uplifting tale about a man who is rescued from the depths of despair through the power of love.

Robert Hays stars as ex-fighter pilot Ted Striker, who suffers from World War II-induced post-traumatic stress disorder. He’s also got the hots for flight attendant Elaine Dickinson (Julie Hagerty) and might just win her over by safely landing an airplane that’s out of control.

The original king of spoof comedy movies, “Airplane!” holds up well since its debut in 1980. Packed with clever humor and hilarious situations, this well-paced comedy is perfect to watch with friends and family (ages 13+).

‘Singin’ in the Rain’

Gene Kelly stars as silent film icon Don Lockwood, who, along with his leading lady, Lina Lamont (Jean Hagen), is struggling to transition from silent films to the talkies of the Roaring ’20s.

Considered by many critics to be the greatest musical of all time, this film has it all—an all-star cast of performers who sizzle on the silver screen and plenty of entertaining comedy.