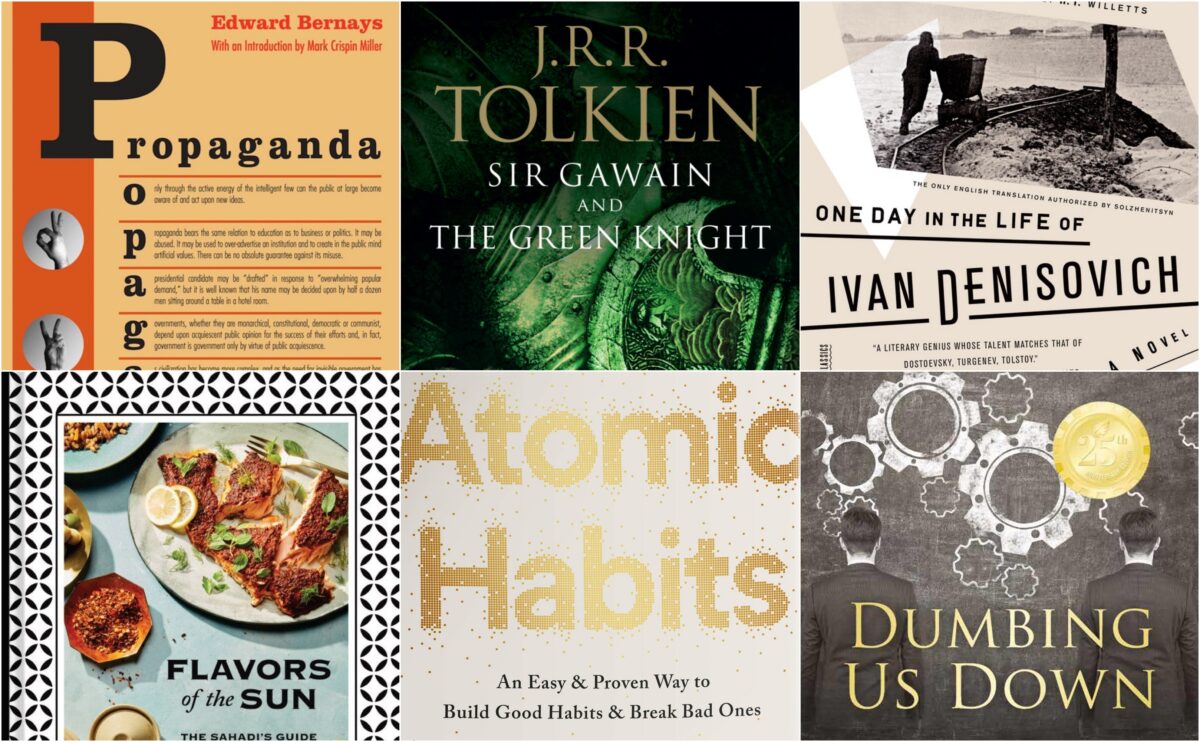 This week, we revisit a classic Arthurian tale, savor the Middle Eastern pantry, and explore an influential work about how to conduct propaganda.

The Art of Deception

This book shaped early ideas about how to conduct propaganda and had a huge influence on marketing, advertising, and later, politics. It’s very relevant for understanding the mechanisms behind what we see on the surface and beyond the deception and manipulation all around us.

“Habits are the compound interest of self-improvement,” author James Clear wrote, emphasizing the importance of small changes and long-term thinking.

He likens the effect of a 1 percent change in one’s habits to a very slight adjustment to the nose of a plane. If a plane begins facing a few degrees off of its aim, it’ll arrive—after a long journey—at an entirely different location than planned.

A valuable book with principles that can be applied to any aspect of life that’s dependent on your behavior, from finance to fitness.

“Flavors of the Sun: The Sahadi’s Guide to Understanding, Buying, and Using Middle Eastern Ingredients”
By Christine Sahadi Whelan

So who better than Whelan to guide home cooks through buying and using ingredients such as sumac, Aleppo pepper, and date molasses? There are recipes for every course, along with plenty of ideas for incorporating these ingredients into existing favorites.

A Treatise on Public Education

“Dumbing Us Down: The Hidden Curriculum of Compulsory Schooling”
By John Taylor Gatto

His book is an eye-opening indictment of the state of our public education system that every parent needs to digest.

Life in the Gulag

“One Day in the Life of Ivan Denisovich”
By Aleksandr Solzhenitsyn

Through the eyes of Ivan Denisovich Shukhov, we witness the cruelty of a Soviet labor camp. Falsely accused of spying, Shukov spends his days simply struggling to survive, working while sick, stealing an extra ration of food, and always being on the lookout for something to eat. The story is based on Solzhenitsyn’s personal experience, having spent eight years confined to such a camp. This book is a warning to all of us about totalitarian governments.

Set in the time of King Arthur, this story features a Green Knight, a wager, a beheading—in which the victim survives—temptations, and honor lost and regained. Having beheaded the Green Knight, Sir Gawain must promise to meet him in a year’s time so that the knight may return the blow. Chivalry, romance, and emblems of Christianity all play a part in filling out Sir Gawain’s quest and adventure. J.R.R. Tolkien, whose rendition is used here, was only one of several scholars who translated this late 14th-century poem into modern English.

Spending a Day with a BIG Friend

“Danny and the Dinosaur”
By Syd Hoff

While visiting a museum, Danny wishes he could play with a dinosaur, and one of them obliges him. They watch a baseball game, visit the zoo, and play hide-and-seek with Danny’s friends. A sweet story of friendship, this book is a childhood classic.

A Monkey, a Man, and an Endearing Childhood Tale

In this first story of his adventures, Curious George swims in the ocean, slips out of jail, and goes flying on balloons. The Man in the Yellow Hat then adopts the monkey, leading to more adventures. This story is a delightful childhood tale.

Crystal Shi
Food Editor
Follow
Crystal Shi is the food editor for The Epoch Times. She is a journalist based in New York City. 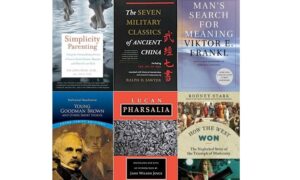 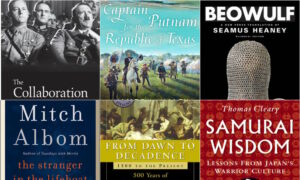 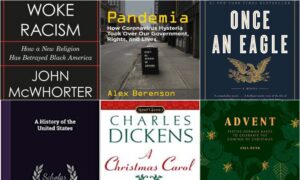 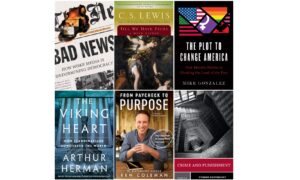