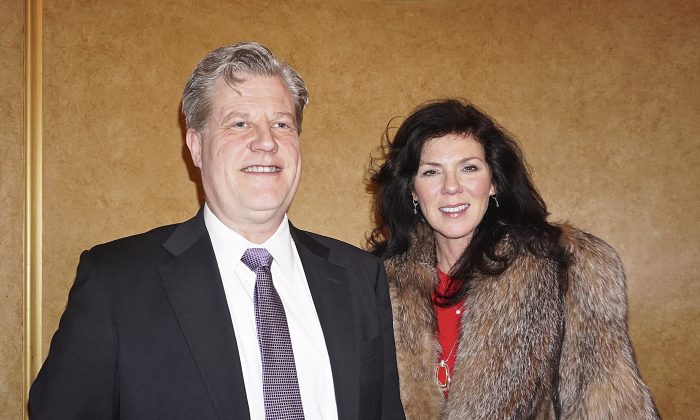 Richard Jensen and Mary Pastanza enjoyed the Shen Yun performance at the Detroit Opera House in Detroit on Feb. 16, 2018. "I would say it’s a must see and that ... the choreography was amazing, the lines were beautiful, just the performance in general, the explanation of, you know, the Chinese culture and how it was expressed today was just beautiful," Ms. Pastanza said. "Amazing. We really really enjoyed ourselves." (Nancy Ma/The Epoch Times)

“When … the presenters expressed that [Shen Yun] can’t show this in China, I thought it was very, how do you say, impressive that they want to just show something about China that China doesn’t want to do, and I really appreciate the presenters explaining for me the story-lines and the history about China. While I know a little bit, I learned a lot in there about China too.”

“I don’t know much about Chinese choreography, but I like the synchronicity, and everything was perfect. … Everything was in line, synchronized, and to perfection.”