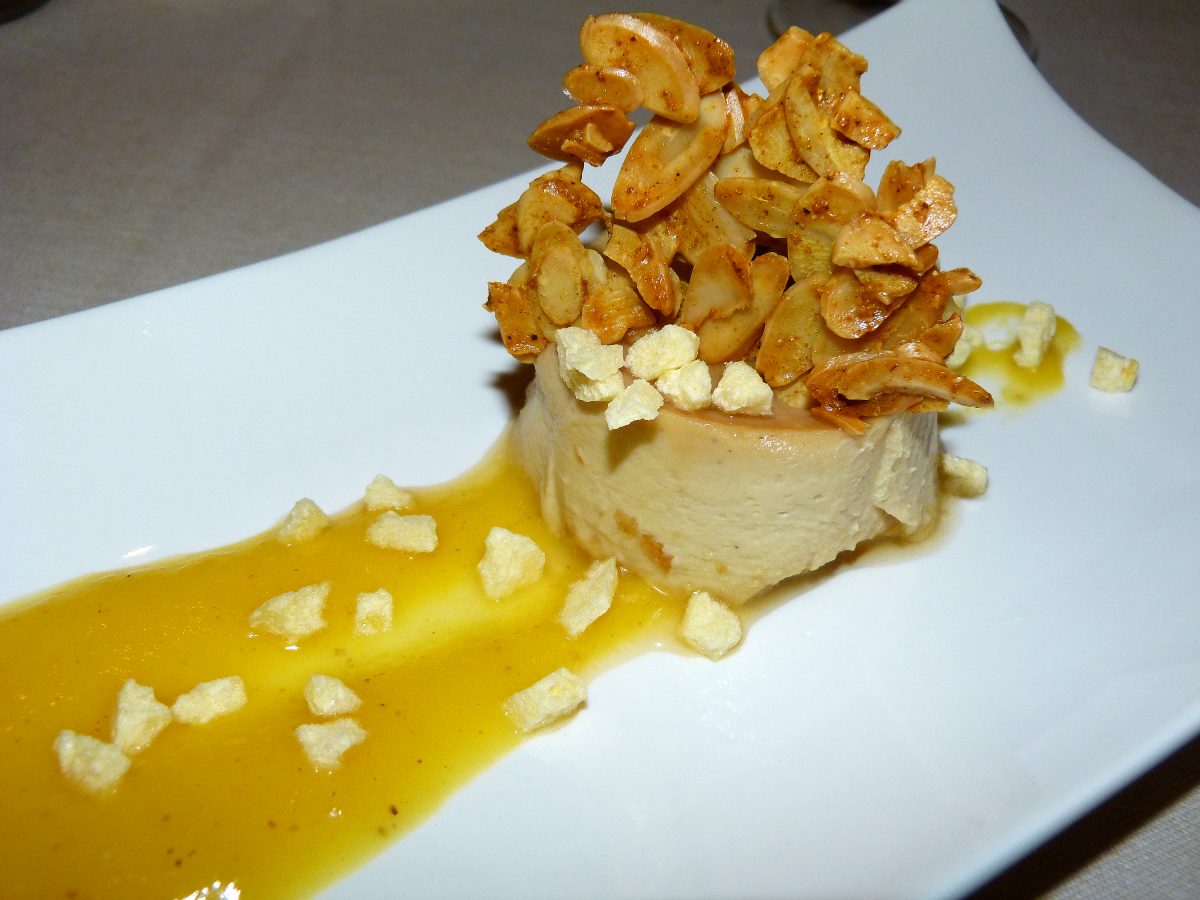 Spain’s Catalonia has a very high concentration of Michelin-starred restaurants, perhaps more than any other location on Earth. Even small, local restaurants create delicious food that does not need Michelin stars to be mouthwatering.

Tiny, very isolated, on top of Triassic limestone cliffs that fall straight down to the river below, the picturesque medieval mountain town of Siurana has now only 32 permanent residents.

The kingdom of Siurana and its impenetrable fortress was the legendary residence of the last Moorish King of Spain and the last Moorish stronghold in Catalonia. The view from the cliff is spectacular!

Siuranella, the local six-room boutique hotel, has a marvelous restaurant, Els Tallers, on the premises. It is fairly reasonably priced, offering the cuisine of Tarragon with a contemporary twist.

Depending on the season and local produce availability, menus change practically daily. It does not mean that more exotic creations using ingredients non-native to Catalonia are not available.

According to the owners, “No one, however much of a regular they may be, will have eaten the same dish twice, unless that dish is specifically requested.”

During my recent Catalan trip, we dined there one evening trying the Creative menu with paired wines and, I will admit, I was smitten!

The amuse-bouche was cold steamed octopus with a garlic-citrus aioli. Octopus is a favorite of mine and I enjoy this seafood, whenever it is served.

Then came green olives stuffed with aspic, a rather unusual preparation for something as mundane as pickled green olives.

The next dish was also very creative and rather unusual; flan of foie gras topped by sautéed slivers of pineapple in a curry and citrus sauce.

I love fish and seafood, so anytime a fish dish shows up as a course, such as Els Taller’s version of a cebiche, with salmon slivers and king prawn slices with cucumber and yogurt, topped with salmon roe and cilantro, bathed in an olive oil sauce, I’m very happy.

I was even happier when the next course, monkfish in a cauliflower creamy sauce and black olives, was presented.

But then came the picture perfect pièce de résistance. After clearing the dishes, the waitress appeared with a large piece of white plastic that was laid on the table. The pâtissier came and using the plastic as a canvas, created a beautifully abstract edible creation in front of our very eyes.

Have you ever seen an inspired painter work? I have, and the work of the pâtissier was indeed as beautiful as any abstract painting I have seen created live. Let’s not forget that Joan Miró and Salvador Dali were both celebrated Catalan surrealists.

The restaurant’s wines are all sourced from the regional denominations of Montsant and Priorat. Our Mas Collet Blanc was a blend of Garnacha Blanca and Macabeo from Monsant. It paired beautifully with the fish and seafood, as it is lightly aromatic with medium/high acidity. The red was 100 percent Garnacha Tinta, a world-class wine from the Priorat D.O. Both are available in the United States, and are well-priced, the red averaging under $18 retail and the white under $12.

Manos Angelakis
Follow
Manos Angelakis is a well-known wine and food critic based in the New York City area. He has been certified as a Tuscan Wine Master, by the Tuscan Wine Masters Academy, as well as being an expert on Greek, Chilean, and Catalan wines. He judges numerous wine competitions each year and is the senior Food & Wine writer for LuxuryWeb Magazine www.luxuryweb.com.
Website
SHARE
Friends Read FreeCopyFacebookTweet
You May Also Like