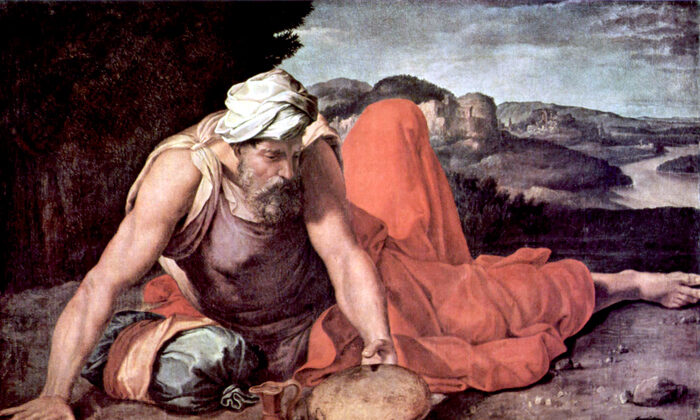 Elijah and Critical Race Theory: The Rhyming of History

It was King Solomon, the reputed writer of the book of Ecclesiastes, who observed that there was nothing new under the sun; and so there seems not to be. Perhaps more accurately, Mark Twain expressed it this way: “History doesn’t repeat itself, but it often rhymes.” Some sort of echo chamber exists whereby the events of the past repeat themselves in new guises. The guises conceal what the real issue (or issues) is about, usually by creating a new term or language that sounds exciting and fresh but really is as stale as old, moldy toast.

The only people likely to spot these strange reoccurrences are those who have studied one of a number of disciplines: namely history, mythology, theology, literature, and a few others. In general, these disciplines are what used to be called “the humanities.”

It is in the humanities that, one way or another, we come to master language and the patterns of human experience. What that means is that we learn to think. And we get to understand the distinctive patterns of human thought and activities.

This is the general point. But what is the specific example to which I am referring when I say that history rhymes?

Marxism by Another Name

Perhaps, as one looks back on 2020, the biggest event that has impacted lives after the pandemic is Critical Race Theory. Its influence seems to grow apace with every passing year.

While it’s very important that theories are generated, and if these theories animadvert on how others are treated—and in particular how everyone is entitled to respect, opportunity, and achievement—then that is good. However, not all theories are good, much less equal. What did Karl Marx’s theories, for all their talk of social justice and equality, actually lead to? They led to mass extermination, in fact, in the USSR, China, and wherever communism held sway.

But secondly, as with King Solomon (and nothing new under the sun), we see old heresies—that is, theories—resurfacing in new guises. It’s rather like COVID-19: There is the original virus, but then variants pop up, and some are more deadly than the original.

A theory is usually thought to be a system of ideas intended to explain something, to account for reality or some portion of reality. With Marx, as English cultural critic Theodore Dalrymple in City Journal observes, it is different: “Marx’s eschatology, lacking all common sense, all knowledge of human nature, rested on abstractions that were to him more real than the actual people around him.” In other words, the whole theory rests not even on ideas but on abstractions entirely devoid of common sense and empirical testing.

So what am I driving at? This: Critical Race Theory is very much like (rhymes with) Marxism, and is not remotely helpful in achieving any meaningful goals—goals like peoples in a given society living together in harmony, for example. Instead, I see a strange rhyming with the Marxist projects of the 20th century as well as its more recent ventures.

In essence, all perverse philosophies lead to perverse actions. As Ralph Waldo Emerson put it, “The ancestor of every action is a thought.” Marx spent a lot of his life in the British Museum Reading Room; hardly, one might think, a prelude for creating the Stalinist gulags, yet one followed the other. Similarly, at the other extreme, with Nietzsche we end up with admirers who are Nazis, the “supermen.” And “value judgments are a precondition for action,” said Jordan B. Peterson—how right he is.

I have not enough space here to do a detailed critique of Critical Race Theory, and besides it’s already been done by experts such as Daniel A. Farber and Suzanna Sherry. But we can look at one small perverse action that derives from the theory.

Taking a Knee to Baal

You may remember in Kings I, chapter 19, the incredible adventures of Elijah, the prophet of Israel. He had slain the false prophets of Baal, and then ran in fear for his life; indeed, despaired of his life and requested God to take it. Then he’d hidden in a cave on Mount Horeb and told God, with a hint of self-pity: “I have been very zealous for the Lord, the God of hosts; for the sons of Israel have forsaken Thy covenant, torn down Thy altars and killed the prophets with the sword. And I alone am left; and they seek my life, to take it away.”

Only he is left, he opines to God. All the good people have been killed. All dead, except him.

What is God’s response to this? Several things, but concluding with this remarkable statement: “Yet I will leave 7000 in Israel, all the knees that have not bowed to Baal and every mouth that has not kissed him.” Clearly, Elijah hadn’t anticipated that! The trouble with being overly conscious of one’s virtue is that it may lead to virtue signaling, a state wherein one thinks that one is the only virtuous person!

But there we have it. The bowing the knee to Baal is significant. And it can be compared, without too much of a stretch, with today’s “taking the knee.” Taking or bowing the knee has never been an act of mere solidarity. It has always been primarily a sign of worship, or secondly an act of deference before an emperor or king.

Dominic Raab, the UK’s former foreign secretary (the British equivalent of the United State’s Anthony J. Blinken at the time of writing this), commented in a radio interview in June 2020 that the taking the knee gesture “feels to me like a symbol of subjugation and subordination, rather than one of liberation and emancipation.” He went on to suggest that the idea may have originated in the TV series “Game of Thrones.”

Taking the knee is essentially a negation of one’s freedom because one is putting a principle on a godlike pedestal beyond one’s reason. And this is where we come back to the need for real teachings in history, mythology, theology, literature, and so on, to begin the process of inoculating the young—especially, the young—against simplistic ideas or ideals dressed up in fancy titles like “Critical Race Theory.”  The theory is actually a golden calf to be worshiped.

When we talk here about inoculating, we are referring to developing the ability to think effectively, which is what a real humanities education provides.

If we were to turn our critical thinking on Western culture, then we could say that over the last 70 years or so, the West has been worshiping its own golden calf: namely, Mammon or money. This worship, too, restricts rather than enables freedom—all false gods do this.

We are free people, and like Elijah and 7,000 other Israelites, we must resist this false worship. By their fruits you will know them, said one great leader, and we can easily see the “fruits” of Critical Race Theory.

The biblical quotes are all from the New American Standard Bible.