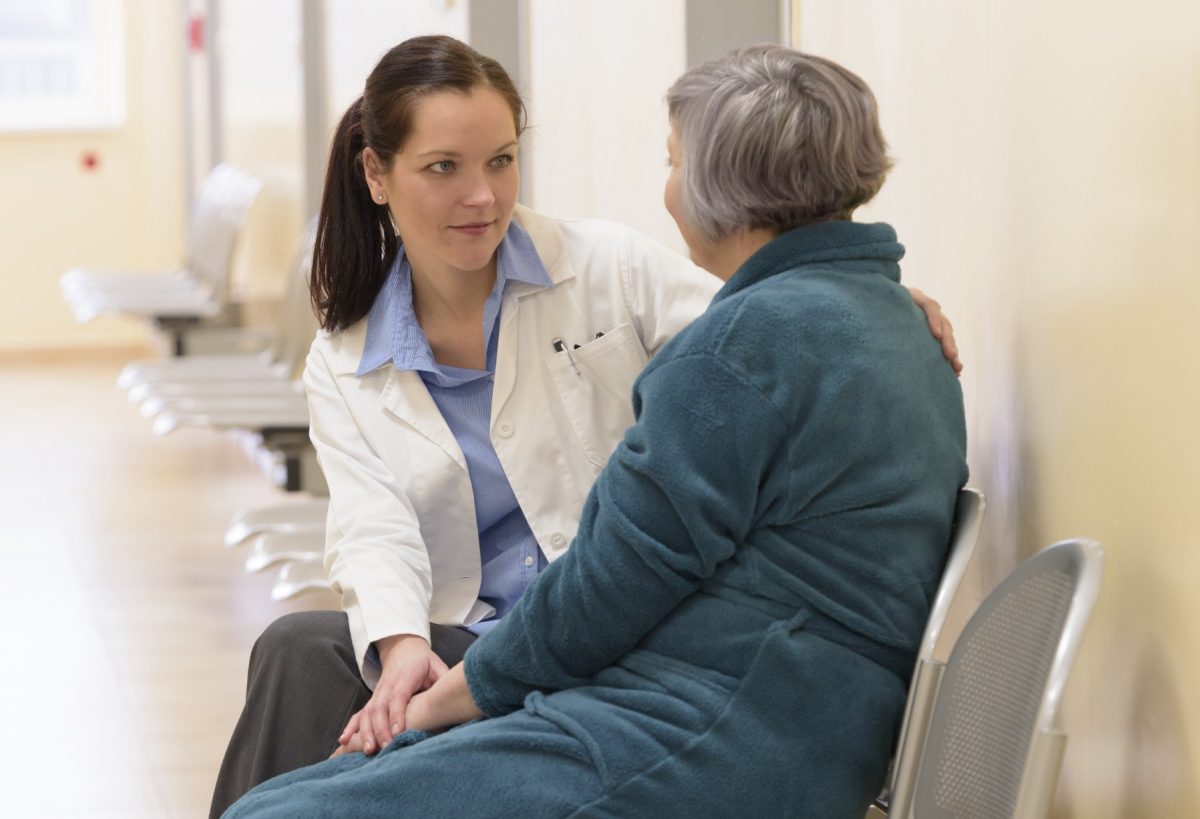 Doctors struggle to balance the quality-of-life priorities of their patients against their own overriding priority to maximize longevity. (CandyBoxImages/iStock)
Wellness

Elderly Who Don’t Want Dialysis Often Pressured to Get It

Doctors tend to steer elderly people with failing kidneys toward dialysis even when patients say they’d rather avoid such treatments, a new study finds. And when patients decline dialysis, which wouldn’t buy much more time for a frail, elderly patient, doctors often try to convince them to change their minds, the study shows.

“Dialysis is an amazing technology that has extended the lives of many people,” said study leader Dr. Susan Wong, an assistant professor at the University of Washington and a core investigator at the VA Health Services Research and Development Center. “But the benefits are less certain in older, frailer patients.”

To take a closer look at what happens when elderly patients with end-stage renal disease (ESRD) decline dialysis, Wong and her colleagues tracked down the records of 851 veterans, with an average age of 75, who had successfully opted to skip the treatment.

In the U.S., the leading causes of ESRD are diabetes and high blood pressure, according to the National Kidney Foundation (NKF).

Some physicians repeatedly returned to the dialysis question using a variety of strategies to get patients to change their minds and when patients stuck to their guns, doctors questioned the competency of the patients to make the decision.

In another dynamic, physicians concluded dialysis wasn’t appropriate without discussing that decision with their patient.

In a third, patients who declined dialysis were told that their doctor had little to offer beyond dialysis—in this case, kidney specialists often signed off from the case with few recommendations other than a referral for hospice care.

In their report in JAMA Internal Medicine, Wong and her colleagues include quotes from the doctors’ notes, such as: “Had numerous family meetings with patient and his family in an attempt to accept dialysis but the patient has always stated without fail that he did not want dialysis.”

Wong suspects physician training may explain the difficulty in accepting patients’ desires to avoid dialysis, a therapy that can take 12 to 30 hours a week or more, depending on whether the patient receives hemodialysis or peritoneal dialysis.

Without dialysis, people with ESRD “may survive days to weeks . . . depending on the amount of kidney function they have, how severe their symptoms are, and their overall medical condition,” according to the NKF.

“Physician values are very much entrenched around longevity being the most important thing,” Wong said. “But that’s not always in line with patient preference. Most say quality of life is more important. And that butts up against medical training, which says we should keep people alive for as long as possible.”

And that can make things difficult for people who want to avoid dialysis.

“It’s very difficult for a patient to resist the system,” Wong said. “The training physicians get all revolves around getting patients ready for dialysis. So it’s a real jolt when they refuse. I think these results signal that we really need to change the model of care for patients with kidney disease.”

The new study underscores the need for doctors to take the patient’s age into consideration when making dialysis recommendations, said Dr. Albert Wu, an internist, and professor of health policy and management at the Johns Hopkins Bloomberg School of Public Health.

“It’s clear that dialysis can be lifesaving, but physicians may not be familiar with evidence that suggests that while there may be a survival benefit in patients over 75, it is quite slender,” Wu said.

Wu was particularly disturbed that kidney specialists often chose to bow out once patients refused dialysis. “There are always alternatives beyond the most intensive technological treatment, and saying ‘I have little to offer you’ is tantamount to abandonment. That is regrettable. Doctors should never abandon a patient.”