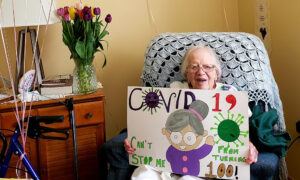 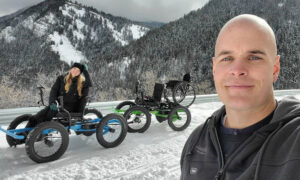 Man Designs a Unique Off-Roader From Bike Parts for Wife: 'It's Not-a-Wheelchair'
0 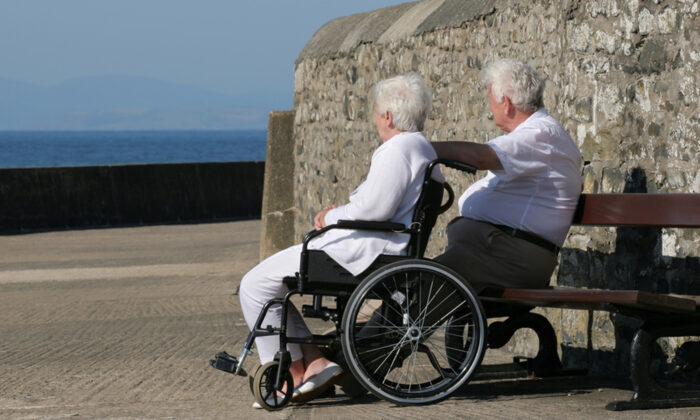 For one man from Port Huron, Michigan, the CCP virus pandemic couldn’t keep him apart from his beloved wife of 62 years.

Larry and Carol Burnett had never spent more than a few days apart until the pandemic struck and restricted in-person visits at Carol’s nursing home. However, undaunted by the circumstances, Larry, 83 came out of his nearly 30-year retirement to get a job at his wife’s care home in Fort Gratiot so that he could get to see his wife in the flesh.

Even before officially working with the Regency-On-The-Lake home, where Carol, 80, has been a resident for two years now, Larry was always sure to be by his wife’s side. Spending 12 hours every single day at the care home and also volunteering with odd jobs around the facility, Larry won the Volunteer of the Year award in 2019, according to WDIV.

In March, as restrictions were put in place in the wake of the CCP (Chinese Communist Party) virus, commonly known as the novel coronavirus, pandemic, Larry still tried walking by his wife’s room to greet her through the window, and sometimes he would video chat with her, but that just wasn’t enough for this devoted husband. “After 62 years, it was almost like we were one person,” Larry said.

The long-lasting couple even thought that they might lose the opportunity to get a glimpse of each other due to the pandemic. “First I said I was afraid I’d never see her again because of the virus,” Larry told The Times Herald. “She said she agreed with that, she had the feeling that we’d never see each other again that one of us, one of the other, would have passed away.”

Then, Sandra Ball, the activities director at the home, realized that Larry would be the perfect candidate for a part-time open position in her department. “Before he got hired here, he was here every day from morning to night,” she said.

Larry, who accepted the job, shared: “I was pretty familiar with the facility and who does what and what all is done and how it’s done.”

Recalling his first day at work, and upon meeting Carol in person, Larry told WDIV of the special moment, “It was exciting.”

“It was great. We hugged. We kissed—probably shouldn’t have,” he added.

This job happened to be Larry’s first one since his retirement from Michigan Bell Telephone Company on Dec. 31, 1991, but he was determined to do whatever it took to see the love of his life, The Times Herald reported. In his new job in the activities section, Larry works on organizing barbecues, games, and outdoor events. He usually comes in for eight-hour shifts on Fridays, Saturdays, and Sundays, and he gets to spend time with Carol for about an average of 30 to 60 minutes.

It has been indeed special that the inseparable couple was able to finally reunite. Larry and Carol have been grateful to have the chance to see each other so often. “We talked about how we missed each other,” said Larry.

Owing to the situation of the virus, Larry has to take significant precautions when coming into work. After Larry’s temperature test is done, staff make sure that he doesn’t have any of the telltale symptoms of the CCP virus. “[I]f you have any of the symptoms, they won’t let you in,” Larry said. “Once I get in, I have to wear a N95 mask.”

Despite the fact that the residents are stuck at the facility until conditions become safer, there’s no place Larry would rather be. He and Carol recognize the stroke of good fortune that they have had.

“We both are concerned, worried about people at the nursing home that we’ve made friends with, their spouses or family members can’t get in,” he said. In the meantime, though, the two are enjoying every chance they have to see each other.

For now, Larry is enjoying his work and plans to continue even after the pandemic.