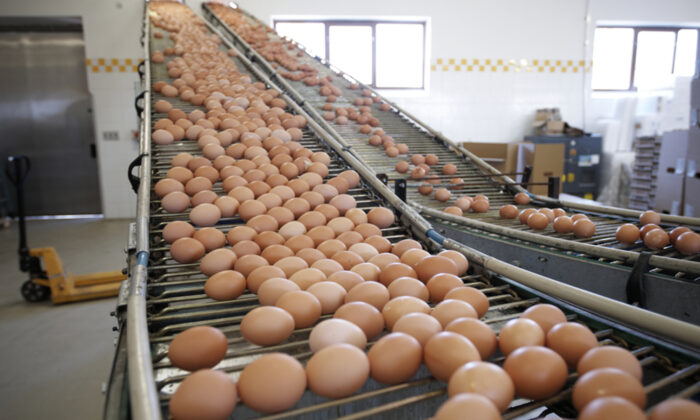 A Lehigh Valley, Pennsylvania, egg farmer is trying to find makeshift solutions to avoid going under due to market disruptions caused by the pandemic.

Farmer Josh Zimmerman explained to The Morning Call that after a major restaurant and hotel supplier that buys from him cut down on its orders, he faced a stark choice: He needed to continue to sell 30,000 eggs per day or destroy 40,000 of his laying hens, which he could no longer afford to feed.

This dilemma was mitigated to some extent when Zimmerman managed to partner with the nearby Nesting Box Farm Market and Creamery, which would allow him to sell eggs directly to the public; yet, like many other U.S. farmers, his business is currently on the brink.

Zimmerman, who has been raising cage-free hens since 2016, used to depend heavily on a company that bought his eggs and turned them into liquid form for the hospitality industry. Once restaurants and hotels were shut down due to public health restrictions, that demand disappeared.

“They said we are going to keep you guys going as long as possible, but it’s getting harder and harder,” Zimmerman admitted. “Every time more things get shut down it just compounds the problem.”

Food-processing plants themselves, while considered essential businesses, have also been affected in many ways. Speaking of his biggest buyer, Zimmerman said, “Their New Jersey plant got quarantined, so they are down to the New York plant and that one is not running at full capacity.”

For now, selling his eggs via The Nesting Box is enabling his family business to keep going. Timi and Keith Bauscher, who run the egg outlet, are happy to help a fellow farmer in need. In addition to selling Zimmerman’s eggs, the Bauschers are washing and cleaning them at their facility.

“It’s quite an undertaking, but farmers are daily problem solvers, and this was merely figuring out an answer to that problem,” Timi Bauscher told Morning Call. “We will keep going as long as we have the manpower to do so.”

Both Bauscher and Zimmerman hope that these kinds of news stories alert the general public to the disastrous situation faced by the agricultural sector. “Without agriculture, there isn’t much left,” Bauscher asserted. “Farmers literally provide food, clothing and alcohol to the world.”

Stories of farmers dumping surplus milk they can no longer sell or euthanizing farm animals they can’t afford to feed any longer have illustrated just how bad the situation is for many farmers. For those who are used to selling to commercial processors, donating excess to the general public isn’t financially or logistically feasible.

“There’s a perception among people that farmers have all this free food and they shouldn’t just throw it away, but it cost farmers money to produce that food,” Allison Czapp of Buy Fresh Buy Local of Greater Lehigh Valley explained.

Describing the situation as “terrifying,” Czapp underscores how difficult it will be to establish a sustainable business model for farmers in a post-COVID world. “What does this mean for the future of our food system if this is happening broadly?” Czapp asked. “This isn’t the only farmer this is happening to. Where does the supply come in once things get back to normal?”

Now, the U.S. Department of Agriculture has created the Farmers to Families Food Box, which will buy up to $3 billion of farm production. As a press release explained, “The distributors and wholesalers will then provide a pre-approved box of fresh produce, dairy, and meat products to food banks, community and faith-based organizations, and other non-profits serving Americans in need.”