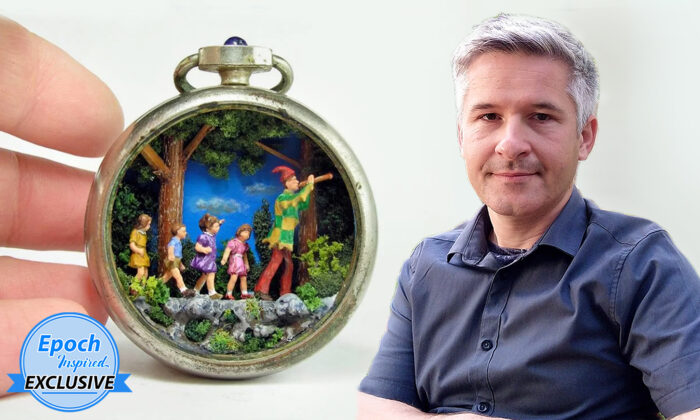 With the harmonious combination of tiny pieces and materials, a Greek artist has been creating aesthetically pleasing miniature worlds enclosed in small boxes, frames, and watch cases.

From an early age, Gregory Grozos had a natural inclination for the arts, as his father was a graphic designer who also liked to paint in his free time. Following in his father’s footsteps, Grozos went on to study graphic design and earned a degree from the Athens School of Fine Arts.

“There were many art books in the house that I would take off the bookcase and go through as a young child,” he told The Epoch Times. “It was a great environment to start developing my aspiration to become an artist.”

Grozos said he’s aware of the responsibility he shoulders in creating works that have the potential to impact the world and “how art can affect people positively or negatively.” He said it’s his faith in the divine that leads him to envision whether his reasoning and purpose for creating a piece of art would make our world a better place or a worse one.

Grozos, who began creating miniature worlds about a decade ago, comes up with his own themes and ideas that he classifies as “fantastical and imaginary.”

Creating each dainty-looking treasure is a “learning process” that involves a lot of trial and error along with a never-ending process of self-development, according to Grozos. He said there’s always a “trail of failures” that leads to every “bit of success.”

“Sometimes things do come out rather effortlessly, but many times, having things work out is a matter of persisting through difficulty and overcoming many obstacles,” he said.

To develop himself and his artistic production further, Grozos said the ancient spiritual practice of Falun Gong, or Falun Dafa, became his “guide.” The practice consists of five gentle exercises, along with moral teachings based on the principles of truthfulness, compassion, and tolerance. The spiritual discipline, first introduced in China in 1992, is now practiced by more than 100 million people around the world.

Grozos, who began practicing spiritual meditation 11 years ago, said that as he began to apply positive universal principles “to evaluate and approach” all aspects of his daily life, he experienced a “profound shift” in his way of thinking and living.

“I have learned that being a little kinder and patient is actually becoming more attuned to how the universe itself works and things tend to become more harmonious and turn out better,” he said.

With consistent practice, Grozos noticed that when he began to adjust his thoughts to a “more positive direction,” a lot of issues would naturally resolve themselves in the process.

The catalyst for starting his work with miniature worlds came from the book “Zhuan Falun,” the main text of Falun Gong.

“After reading this book, I gained an understanding of how entire worlds exist on the level of microscopic particles and how even a grain of sand can contain an entire universe,” Grozos said. “This insight led me to develop the idea of creating a miniature world, populated with tiny people, buildings and machines, so small that a person can actually carry on him or herself.”

He found this concept very intriguing and set about pursuing the materials and techniques needed to realize his dream of creating miniature worlds. He showcases and sells his exquisite work of art at both a physical store and on Etsy.

While Grozos strives to create pieces of art that reflect and incorporate the ideas of “beauty, creativity, and benevolence,” he has also seen how ideologies such as communism and socialism have impacted the world negatively.

“These ideologies debase the human intellect, spirit, and value of human life, attempting to turn society into a giant machine where people become little more than robots performing functional roles,” he said.

“Living our life in this modern society has become not only a constant attempt to try and do better despite all everyday difficulties, but also a struggle against this set of societal and political forces trying to pull us down to rob us of our happiness, creativity, and spiritual potential.”

Grozos believes that the danger is more apparent in China, where faiths, including Falun Gong, have become the target of suppression by the Chinese Communist Party.

“The benevolent principles of the practice—truthfulness, compassion, and tolerance—could not be tolerated by a materialist Marxist regime which operates by turning people against each other and uses corruption, lies, and hatred in order to oppress them,” he said.

In the last 22 years of persecution, millions of Falun Gong adherents have been detained, imprisoned, tortured, and lost their jobs. Witnessing such a crime against humanity, Grozos found it to be intolerable and has been working to raise more awareness of these “heinous crimes.”

Using the platform of art, Grozos tries to bring together th destructive elements with the positive ones and show in an aesthetic way “how a man can make a moral choice between the two.”

“I believe in preserving and building upon a positive, artistic, philosophical, and moral culture that reflects who we are at our core as human beings,” he said. “Our basic principles make us who we are and the aspiration to become better humans is a limitless journey that can open a world of wonder and beauty.”

Check out more of his artwork below: 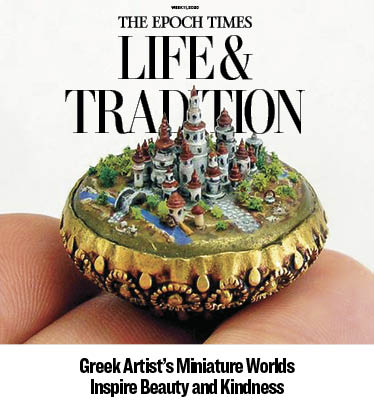 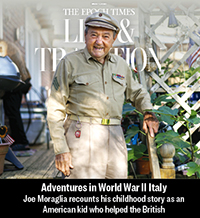 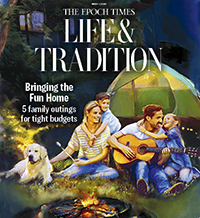 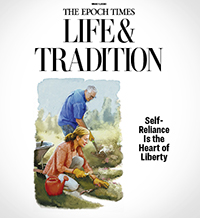