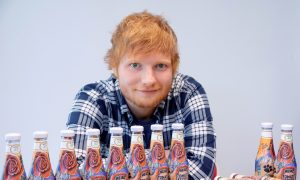 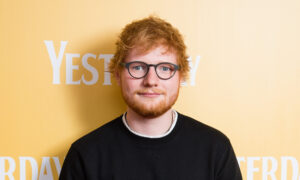 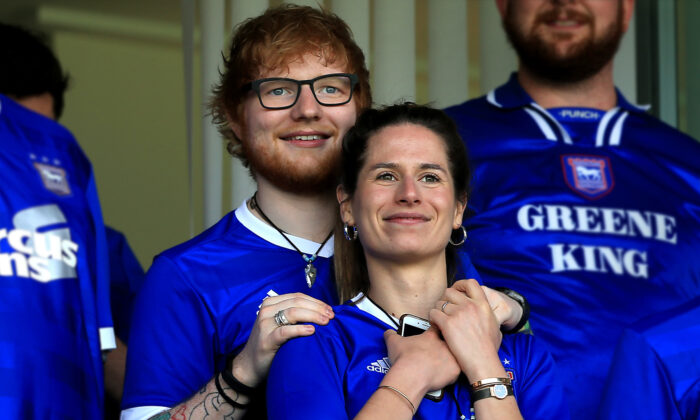 Ed Sheeran and Wife Cherry Seaborn ‘Over the Moon,’ Expecting First Baby Together

The multiple Grammy-winning singer-songwriter Ed Sheeran and his wife, Cherry Seaborn, have revealed to their nearest and dearest that they are expecting their first baby together.

A source close to the pair told The Sun that Seaborn is already nearing the end of her pregnancy and will give birth before the end of summer 2020. She is said to have broken the news to her friends, online, on Aug. 10, the report stated.

“Ed and Cherry are over the moon,” the anonymous source said, according to The Sun. “They’re very excited, but have kept things very lowkey. Lockdown was a perfect excuse not to be seen out and about too much.”

“They’re just making the last of the preparations at home,” the source said, “and the baby is expected later this summer. It’s a really happy time, and their families are all totally delighted for them and cannot wait to meet the new arrival.”

In another recent report, a source told The Sun that the star couple has “spoken about having kids for some time and their intention was to try during his break from music.”

“Ed didn’t want to be halfway around the world, jetting around on private planes, when Cherry was expecting,” the source said. “He wanted to be right next to her every step of the way and it’s just worked out so perfectly for them.”

Meanwhile, the star musician himself hinted at this progression in his private life in December 2019 when he announced on Instagram that he would be “taking a breather” from work and touring to focus on his personal life.

“I’ve been a bit non stop since 2017,” Sheeran wrote on his Instagram handle. “I promise to be back with some new music when the time is right and I’ve lived a little more to actually have something to write about.”

During a summer 2019 interview about his album “No. 6 Collaborations,” Sheeran recounted his and Seaborn’s past experiences of being separated, owing to his wife’s job as a risk assessor and the demands of music touring. “Something has to give,” Sheeran said, in order for them to build a life together.

“I’m starting a life with Cherry, I can’t spend the next 20 years on the road,” Sheeran said. “Kids would be the different thing. I wouldn’t mind sacrificing for them.”

“If someone told me you can’t tour again for the next ten years if you have kids that is fine, because that is what I have signed up for,” the star said.

The couple was once childhood friends, both attending Thomas Mills High School in Framlingham, Suffolk. They reconnected in 2014 and tied the knot in a lowkey private ceremony in December 2018.

In one previous interview, Sheeran told Daily Star that after becoming a father, his music ambitions would “go to zero.”

“My ambition is going to go to zero as soon as I have kids,” the star said. “I am going to be like, ‘I do not really care anymore as I have another life to take care of.’ It is totally understandable because you have children and your ambition shifts to be like, ‘I want to be a good father.’”