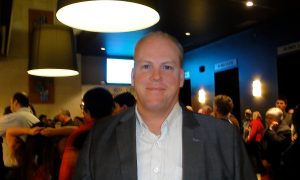 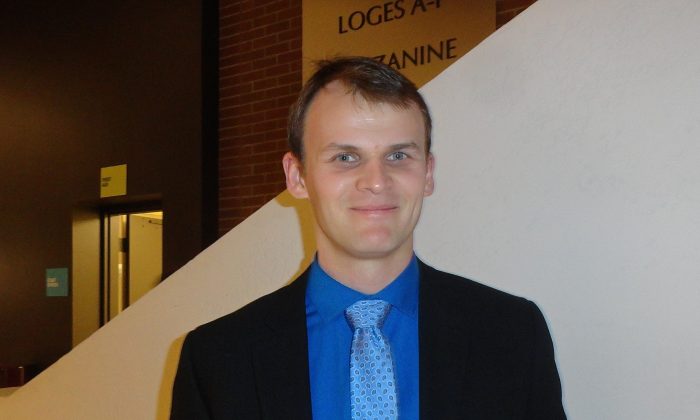 KITCHENER, Canada—University of Waterloo ecology professor Colin Yates brought his passion to learn to Centre In The Square theatre on the night of Tuesday, Dec. 30, 2014 and discovered the world of classical Chinese dance through a performance by Shen Yun Performing Arts.

“It’s all new to me, so it’s all exciting,” he said of the show during the intermission.

“It was great, their timing, their athleticism, the music was great. I loved it,” he said.

Mr. Yates is a driving force in research and education at the Waterloo Summit Centre for the Environment. He is also the president of EcoSim Software Inc., a company developing environmentally related software and simulation products.

He was impressed by several qualities of the performance, including the joy the dancers took in their art.

“Obviously they are having fun up there and it’s a unique culture that I would like to learn more about,” said Mr. Yates.

“To learn part of a culture that isn’t really talked about much anymore too, since it has been hidden away for so long, I think that’s kind of neat,” he said.

“My wife is from Taiwan so it is interesting to get a part of some of her culture in it as well,” he said.

Shen Yun’s state-of-the-art digital backdrops accompanying the performances also stood out for him, especially the way the vividly animated scenes interacted with the dancers on the stage.

“The timing on how the people jump from the stage and then appear onto the screen, how they get that right every time, I have no idea.

“But obviously the work ethic that the performers have put into it to get the timing right is amazing. And obviously how they have designed the background to interact with the story lines is great.”