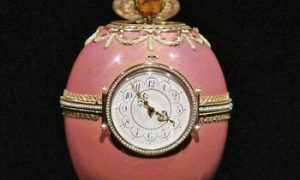 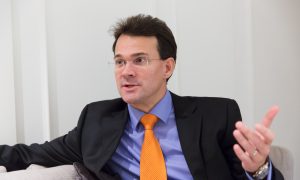 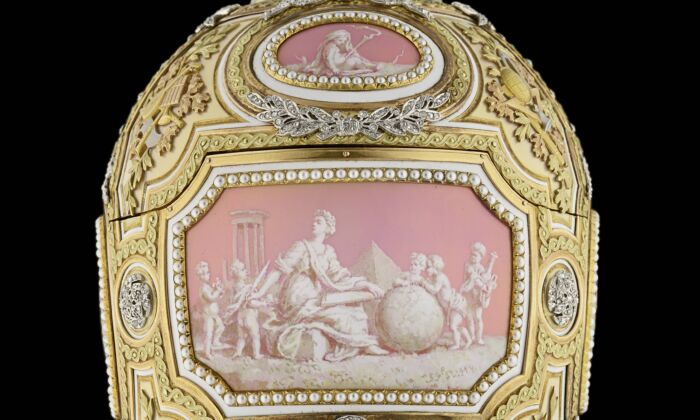 Easter: For the Love of Family and Fabergé

In 1885, Czar Alexander III gave his wife, Empress Maria Feodorovna, a most extraordinary Easter gift: a white enamel “Hen Egg.” The unassuming egg opened to reveal a golden yolk, within which was a gold enameled hen. Hidden inside the hen was another surprise—an imperial crown with a ruby pendant.

Alexander III was so enamored with the jeweled egg he had commissioned from Peter Carl Fabergé that the ruler commissioned him to make an egg every Easter for his beloved wife. Hence, the iconic Fabergé Easter egg tradition was born.

Two imperial eggs—the Catherine the Great Easter Egg and the Twelve Monogram Egg—are in  Washington’s Hillwood Museum. The Hillwood Estate is the former home of Marjorie Merriweather Post, heiress to the Post cereal empire, which became the General Foods Corporation.

It is thought that Alexander III himself came up with the idea for these novel Easter eggs, Zeisler explained. And when Alexander III died, his son Nicholas II continued the family tradition, but he commissioned two Fabergé Easter eggs a year—one for his mother, Maria Feodorovna, and the other for his wife, Alexandra.

The Fabergé workshop made 52 imperial eggs, but because the Russian Revolution happened between March 1917 and June 1923, only 50 imperial eggs were ever received.

To Mother, With Love

The two imperial eggs in Hillwood’s collection were both originally given by Nicholas II to his mother.

Fabergé’s Twelve Monogram Easter egg made in 1896 commemorates Alexander III who died in 1894. “This egg was a very touching gift from Nikolay to his mother,” Zeisler said. The surprise inside the egg, which has long since been lost, was a little square of gold stacked with six miniature portraits of Alexander III.

The egg itself is decorated with the crowned monograms of Alexander III and Maria Feodorovna, on dark-blue enamel set with diamonds. But the golden scrolls are not painted on. Zeisler explained that Fabergé traditionally used gilt enamel or painted enamel on the eggs, but for this egg he used the champlevé enamel technique. “It’s a very difficult and very elaborate technique which was very rarely used by Fabergé,” Zeisler said. There are only a few examples of champlevé enamel in Fabergé’s work.

With champlevé, the craftsman cuts into a thick piece of metal to create recesses that are then filled with enamel. On this egg, the gold is the precious metal shining through and the blue is the enamel.

Hillwood’s Catherine the Great egg is a completely different piece by Fabergé. “It’s a beautiful interpretation of the French 18th-century style, and that’s also why I think it was appealing to Marjorie Post, because it was what she was collecting at that time,” Zeisler said.

The egg is made of gold, with diamonds, pearls, and beautiful pink enameling featuring the four seasons and allegories of the arts and sciences, he explained.

The surprise inside the Catherine the Great egg is also missing. It was a miniature figurine of Catherine the Great in a sedan chair, which was an automaton, Zeisler explained. On receiving her Easter gift, the dowager empress wrote to her sister, Queen Alexandra of England: “It is an unbelievably beautiful and superbly fine piece of work. Fabergé is the greatest genius of our time.”

Many of the Fabergé egg surprises were beautiful, precious objects in their own right and were often separated from the egg rather than kept hidden away inside. But some of the surprises were part of the egg’s structure. For example, by pushing a button, a frame would come out, or an object would appear.

In Russia, the tradition of gifting Easter eggs was started long before Fabergé. Everyone would prepare eggs to give to family members or staff: from the simplest painted chicken eggs or wooden eggs, to crystal or elaborate eggs—the most elaborate eggs being, of course, those by Fabergé, Zeisler said.

To find out more about Hillwood’s Fabergé eggs, visit HillwoodMuseum.org