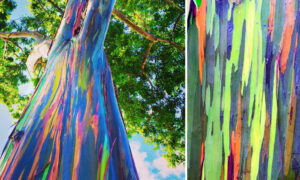 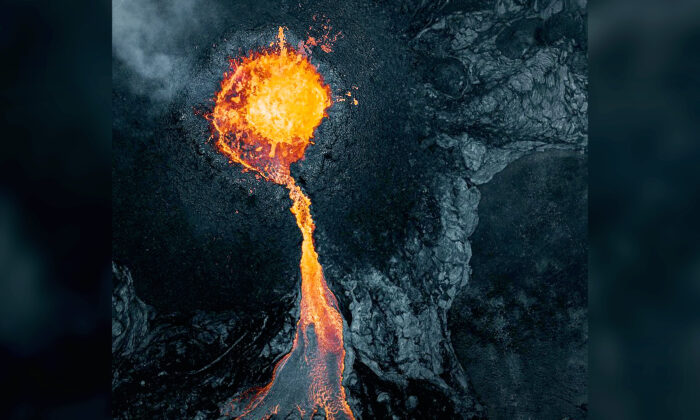 After weeks of foreboding tremors, Icelandic officials predicted an eruption from the country’s Fagradalsfjall volcano could be “imminent.” For some 6,000 years, the fissure remained dormant, but on the evening of March 19, their predictions manifested.

Located on the Reykjanes Peninsula near the Icelandic capital of Reykjavik, Fagradalsfjall has been spewing molten lava, smoke, and ash for almost three weeks. It is the first volcanic activity on the peninsula in 781 years, reports the Associated Press.

Among many hoping to capture the awe-inspiring phenomenon, drone photographer Thrainn Kolbeinsson sought to take aerial images and videos of the eruption, which he has shared on his Instagram.

The scenes could be described as terrifying.

“Even though it might look terrifying, it’s actually strangely mesmerizing to watch this natural beauty unfold, slowly but surely,” Kolbeinsson captioned in a video series posted on March 23.

“It’s hard to look away. This will take some time to settle in.”

The volcano’s activity “feels unreal,” he reflected, describing how “violent spits quickly turn into smooth streams” and red, glowing lava bores channels into the sides of the mountain as it flows.

The photographer described reaching his interactive limits with the volcano, “melting [his] drone over the eruption site for the last few days.” Responding to questions of why he kept returning, he said, “It’s a new scene and a new experience every time you go there. It’s not every day you get to witness and document something like this.”

In early March, Icelandic Meteorological (IM) Office reported over 18,000 earthquakes in Reykjavik in just one week.

Reykjavik resident Auður Alfa Ólafsdóttir told CNN, “I have experienced earthquakes before, but never so many in a row. It is very unusual to feel the Earth shake 24 hours a day for a whole week; it makes you feel very small and powerless against nature.”

Fagradalsfjall’s initial eruption on March 19 caused a fissure roughly 500 meters (1,640 feet) long and lava covering less than 1 square kilometer of land, a tweet from IM Office stated. An eruption of this size is considered “small.”

As the volcano is located in a remote valley, evacuations were not planned. Since then, volcanic activity has forever altered the landscape.

“It’s incredible to see how much of the valley has actually been filled with lava by now,” he wrote. “It’s not long since you could stand right next to the volcano, which has now grown immensely. It will be interesting to see how this unfolds in the coming weeks/months. Stay tuned!”

To witness the marvelous natural phenomenon in real time, you can find a livestream video of Fagradalsfjall here.