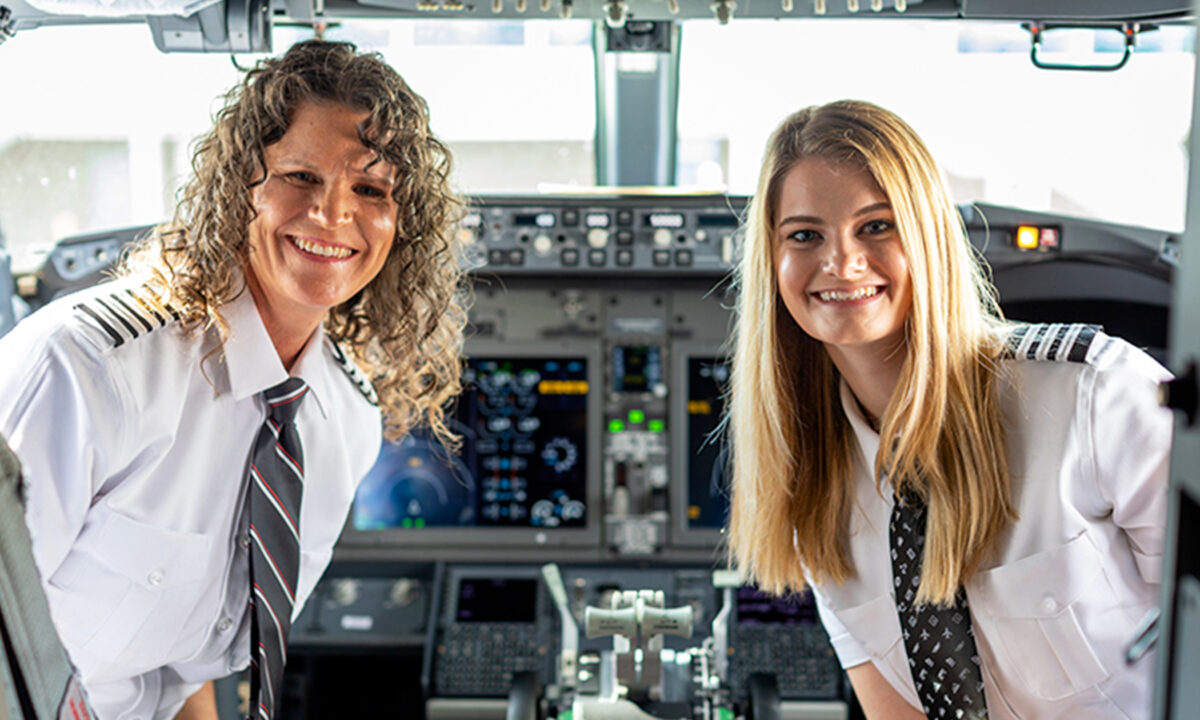 A mother and daughter who are both pilots have become Southwest Airlines’ first mom-daughter duo to pilot an aircraft together.

On July 23, 2022, Captain Holly Petitt and her daughter, First Officer Keely Petitt, co-piloted Southwest flight #3658 from their hometown of Denver, Colorado, to St. Louis, Missouri. Flying the two-hour flight, they made history for the airline company.

“It’s been a dream come true,” Holly said in a Southwest press release. “First, I found this career and fell in love with it, and then that one of my kids fell into this and in love with this career too. It’s surreal.”

For Holly, her career in the aviation industry began after she graduated from college. She first became a flight attendant, but quickly realized she wanted to be in the driving seat instead.  So, she juggled attending flight school with married life, welcoming three children along the way, and with the support of her husband and mother, she got her pilot’s license.

Keely studied hard, earned her pilot’s license, and was presented with an opportunity in Southwest Airlines’ Campus Reach Internship Program in the fall of 2017. Keely was hooked, and after finishing the program, she made it her goal to return to Southwest as a pilot.

“Southwest was always the end goal for me,” said Keely. “There was really never any other option.”

She achieved that goal, and also got the rare opportunity to fly beside her mother on a flight recently.

The pair are not only making Southwest history, the airline said in the statement, but they’re also breaking barriers and empowering women of all ages to “reach for the skies.”