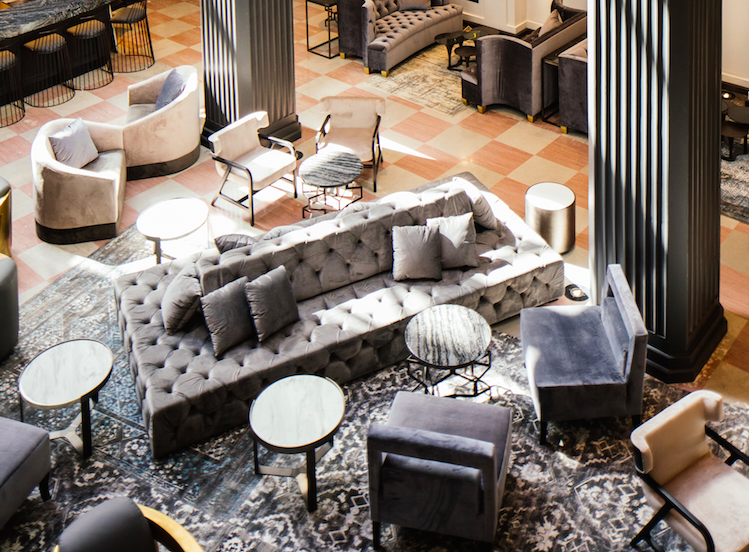 The historic Mayfair Hotel in the neighborhood of Westlake, in Downtown Los Angeles, will relaunch on July 10. The hotel stayed opened throughout its redesign overhaul, which occurred in phases.

The Mayfair was the tallest building west of the Mississippi River when it opened in 1926.

The redesign of the 294-room hotel kept the details that made the building unique—original flooring and ceilings, brass fixtures, and charcoal-colored pillars—and modernized interior spaces for travelers as well as Angelenos.

Public spaces abound throughout the hotel: the Library Bar, a custom-built Podcast Studio, a communal Writing Room, and the fourth outpost of Chicago-based Fairgrounds Coffee & Tea. The Garden Gallery, an atrium under an expansive skylight, offers respite in nature-inspired surroundings, including a green wall and a 15-foot olive tree.

An outdoor pool will open later this year. Rates start at $185 per night. MayfairLA.com