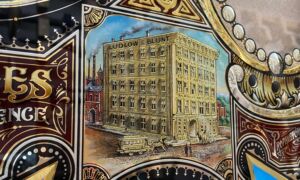 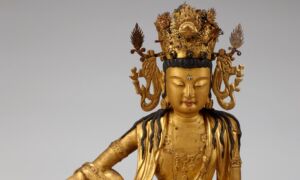 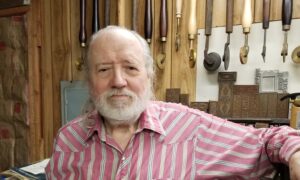 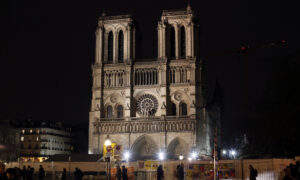 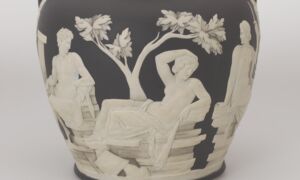 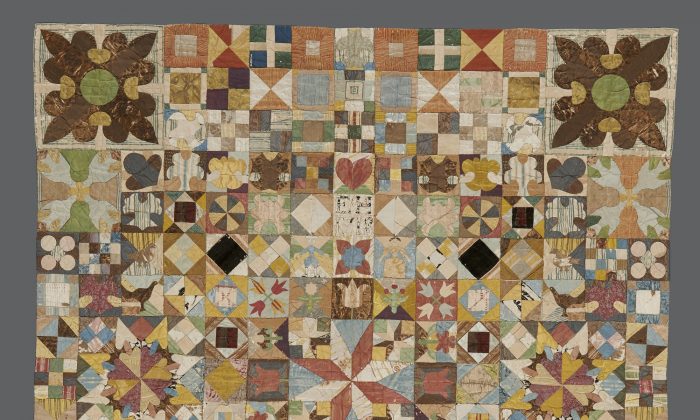 Don’t Judge This Coverlet by Its Color

Meet the 300-year-old coverlet that is surprisingly full of color and has a little mystery to its history. Made in 1718, it is the oldest dated patchwork coverlet in the UK. Celebrating its birthday at the American Museum in Britain, in Bath, England, this piece of cloth is not hiding in a dusty closet; its vibrancy is displayed center stage in the folk art gallery of the museum.

“It is a beautiful example which has stood the ravages of time. It really has. The silks are still in amazing condition and have really retained their color. I think it’s often easy for people to think of people of the past as quite dull and not having bright colors, particularly as textiles are so fragile and so prone to fading or just disappearing completely. To have a textile that still has those lovely bright colors is fabulous, and it’s just so beautifully pieced. It is amazing—full of really exquisite detail,” said Kate Hebert, the chief curator of the American Museum in Britain.

The English coverlet’s place at the American Museum in Britain is no mistake. Many American-owned textiles at that time, 1718, may have been made in Britain or Europe and brought with their makers when migrating across the Atlantic.

It’s the first time in 18 years that the coverlet has been borrowed from the Quilters’ Guild of the British Isles, which has no set exhibition space. This year, until July 29, could be the last time the coverlet is seen before it’s put into deep storage for at least 10 years. Due to its age and fragility, the coverlet can only come out on display under specific conditions, a conundrum that confronts many curators: balancing the preservation of a work against education and public display.

The coverlet is on display at the center of the gallery, among works of American folk art. It’s Hebert’s hope that visitors can see the links between the pieces, across the ocean divide, as they are exhibited side by side in the same space. The motifs in the American Museum in Britain’s own folk art collection mirror some of those in the 1718 coverlet, as do the techniques they used at that time, said Hebert, who added that it’s “really nice to draw out those parallels between the pieces.”

The Quilters’ Guild has been trying to unravel the life of this rare piece of craftwork since it purchased the coverlet in an auction in 2000. The guild’s findings are displayed beside the coverlet.

The coverlet, measuring 66.5 inches by 73 inches, is made of 182 blocks and depicts flora, fauna, and geometric patterns in its design. The patchwork is primarily of silk, 120 kinds of fabric in total, which comprise a selection of weaves from the plain and simple to some damask silks and brocades containing metal strips.

The fabrics involved would have been collected over many decades, not just from within the home, but also purchased through shops that sold specific pieces just for patchwork. The oldest piece of fabric in the coverlet has been traced back to 1640.

The silk pieces in the coverlet would have been brighter than we see them today, with the standout hues in the 1700s being red, yellow, salmon pink, and black. All the fabric would’ve been naturally dyed, and it’s partly this process that makes it prone to fading or disintegrating over time.

Cuts to the coverlet’s backing stitches indicate there was once a border, and this possibility is in keeping with comparable pieces of the time, such as 1726 British-made quilt at the McCord Museum in Montreal.

How It Was Made

The coverlet designs of the early 1700s were based on simple square blocks. The smaller squares and triangles were achieved by simply folding the larger square blocks.

The coverlet pattern was mapped out using paper templates made from used paper. The designs, such as the central figures, were created by wrapping the paper-template shapes with fabric. At the time, paper was an expensive commodity made from cotton and linen rags, and thus the maker relied on used paper.

The construction of the coverlet is mosaic patchwork, which means that each piece of fabric in a block had to be tacked (or basted) to the paper template, a process called “piecing over papers,” and then pieced together by overstitch or whipstitch. The skilled maker hid the stitching by piercing only the silk seam allowance and paper, which was kept in the coverlet for strength and stability.

In addition to the fabric and paper templates, the coverlet has a lining, made of scraps of household linen and even undergarments.

“What’s lovely about the piece is where the silk has worn away, you can see the paper through the back, so people have been delighting looking at the beautiful handwriting on the papers underneath. It … gives people an insight into how the piece is made and how it was constructed, which, I think, is interesting because a lot of people that come here make [textiles], so they like to see how things have been made,” Hebert said.

Those with a keen eye for crafting can see the coverlet design would not have been simple to execute. The craftswoman would have had to have great patience and been deft in her craft, indicating an educated wealthy woman. “Someone who didn’t have money or education would be working on just surviving,” Hebert said.

The woman who stitched the patchwork is unknown, although pieces of linen hint at the maker, the person it was for, or their family’s initials. The letters “e H,” in blue cross stitch on the back, are echoed on one of the coverlet’s blocks as “E H.” Whether “E H” is one person or two, perhaps a commemorative coverlet for the marriage of E and H, is unknown.

The Brown family, who owned the coverlet before the guild, had assumed it was a family heirloom, but this assumption was proved wrong by researcher Mary Hewson of the British Quilt Study Group, part of the Quilters’ Guild of the British Isles. Hewson confirmed the coverlet came from the village of Aldbourne in the county of Wiltshire where the Browns still lived, and she also found out that the Browns were a significant farming family in the mid-17th century. However, she found no one in the Brown family at that time whose initials would match those on the coverlet.

What we know for certain is that this bright old thing still delights visitors and curators alike. “I don’t think I’ve ever had so much fun condition checking an object,” Hebert mused.