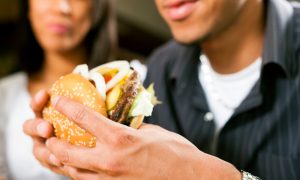 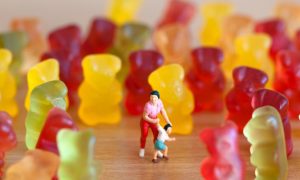 How to Unjunk Your Junk Food
0
Fitness & Nutrition

In the documentary Fast Food Baby, you can follow three families on a quest to change the way their children eat.

Each case is unique – a young single mom who doesn’t want to cook, a healthy-eating couple who gives in to their toddler’s junk-food demands, and a family of five resorting to carry-out over home-cooked meals far too often.

But in the end, the results are the same: kids consuming far too much sugar, unhealthy fats and additives from a poor diet that’s already manifesting into health problems ranging from anemia and tooth decay to hyperactivity, all before the age of 5.

Addiction to Junk Food: More Than Meets the Eye

What Happens When Kids Eat a Fast-Food Diet?

Nutrients from quality foods are critical in helping your child reach his or her fullest potential. Unfortunately, many kids are not getting the nutrients they need, including in the US where:

This is a veritable recipe for disease, and is a primary reason why many of today’s kids are arguably less healthy now than most all previous generations. Obesity, type 2 diabetes, high blood pressure and even liver disease — these are diseases that once appeared only in middle-age and beyond, but are now impacting children.

Mental health is also at stake. One study from British researchers revealed that kids who ate a predominantly processed food diet at age 3 had lower IQ scores at age 8.5. For each measured increase in processed foods, participants had a 1.67-point decrease in IQ.

Along with the potential for lowered IQ, a junk-food diet can also set the stage for asthma, eczema, and a variety of allergies, inflammatory conditions and autoimmune diseases.

In fact, most of the leading diseases plaguing the US are diet-related, including heart disease, diabetes, Alzheimer’s and cancer. The National Institutes of Health even states that four of the six leading causes of death in the US are linked to unhealthy diets.

Nutritional deficiencies in your child’s first years of life can even lead to deficits in brain function that put them at risk of behavioral problems — from hyperactivity to aggression — that can last into the teenage years and beyond. This is why the importance of proper nutrition simply cannot be overstated.

The best time to shape your kids’ eating habits is while they’re still young, as kids learn very quickly to prefer certain tastes and textures. When parents fed their preschool-aged children junk foods high in sugar, salt and unhealthy fats, it had a lasting impact on their taste preferences in one study. All of the children tested showed preferences for junk foods, and all (even those who were just 3 years old!) were also able to recognize some soda, fast-food and junk-food brands.

The researchers concluded what you probably already suspect: kids who were exposed to junk food, soda and fast food, via advertising and also because their parents fed them these foods, learned to recognize and prefer these foods over healthier choices. This doesn’t mean there’s no hope for older children raised on junk-food; they, too, can learn to love healthy foods, but it is easier if they instead learn to love such foods right from the start.

Is Your Child Drinking Soda?

Per capita soft drink consumption has increased nearly 500 percent over the past five decades, and children, unfortunately, are a major reason for this staggering increase. Kids are introduced to soda at very young ages and consumption only increases as they get older. An estimated 56 percent of 8-year-olds drink soda daily, and once the teenage years come, some kids drink at least three cans of soda each day. In the documentary, some of the children featured were drinking 6 glasses of soda a day, and they were well under the age of 5!

Regular soda is, of course, a significant source of sugar (mostly in the form of fructose), with each can containing about 10 teaspoons of sugar. Consumption of sugar-sweetened soda and other beverages has been linked to the rising obesity epidemic, along with other health issues, among kids. And diet sodas are not an acceptable alternative. Diet sodas are actually worse for your health than regular soda, due to the artificial sweeteners they contain, and have been linked to weight gain, obesity, cancer, type 2 diabetes, metabolic syndrome, stroke, addiction, and other health issues. There’s really no reason for children of any age to be drinking soda, but toddlers and young children, especially, should not be wasting valuable calories on this health-damaging beverage.

The documentary is intriguing because it follows three different families, detailing the reasons why their diets have gone downhill. The top reasons mentioned, which are probably similar for many families, include:

Experts were utilized in each circumstance to help the families overcome their unique obstacles, and this is what you’ll need to do in your own home as well. If you feel you’re too busy to cook, for instance, you’ll need to re-examine your priorities so nutritional meals can be made to be a part of your daily life. If motivation is the problem, you may need to consult with a health care practitioner who can tell you what health problems are in store for your kids if their diets don’t change…

Exposing Your Children to Healthy Foods Is So Important

As prominent celebrity British chef and food advocate Jamie Oliver explains in the video above, our food culture has changed so drastically over the last 30 years, a majority of young children of today do not even know what fresh, whole food is. This is a major setback, as the more different flavors a child is exposed to early on generally the easier time they will have developing a taste for a variety of healthy foods. This actually starts with breastfeeding, as the milk will take on the flavors of whatever the mother eats.

Then, it’s important to keep offering healthy foods to your child, even if they refuse them or seem to not like them. It can take 10-15 food exposures before a child becomes familiar with and likes a certain food, so persistence is important. Food is a part of crucial lifestyle choices first learned at home, so you need to educate yourself about proper nutrition and the dangers of junk food and processed foods in order to change the food culture of your entire family. To give your child the best start in life, and help instill healthy habits that will last a lifetime, you must lead by example.